How to Grow and Care for Syngonium Plants

Syngoniums are attractive foliage houseplants originating from tropical rainforests. The shape of their leaves changes as the Syngonium plant matures.

Part of the Araceae family, syngoniums naturally occur in the tropical rainforests of Central and South America. Their natural condition is epiphytic, climbing tree trunks and branches towards the sunlight. Tolerant of low light, syngoniums are very unlikely to flower as a houseplant. In the wild, the flowers are of a similar shape to the calla lily.

Most syngonium plants have leathery, fleshy, glossy leaves and woody stems that can become quite thick. There are many varieties of this attractive climber, mainly grown for their foliage. The young plants generally have arrowhead-shaped leaves, which become more lobe-shaped as the syngonium plant ages, often developing from an arrow shape into a three- and later five-segment leaf.

As the plant matures, both leaf types can feature on the same plant. The plant can be trained to retain its juvenile leaves by cutting off the climbing stems, which makes the plant become more bushy. Generally, juvenile leaves have lighter-colored patterning, then as the plant grow older, the patterning slowly fades. This process can vary between individual specimens and is also partly dependent on its growing conditions.

As houseplants, most syngonium varieties will be up to three feet tall although some of the compact forms will stay around two feet tall until a few years old. The plant gradually develops stems suitable for climbing or trailing which can grow to around six feet long indoors. Suitably supported, some varieties will attain a height of six feet, though most varieties are slow-growing.

The common species of syngonium is syngonium podophyllum, also known as a goosefoot plant. This original plain green form has been replaced in many houseplant keepers’ affections by the variegated and in some cases, more compact, forms. In recent years, more of the rich green varieties similar to the original have been making a comeback in houseplant fashions.

For display purposes, the temptation to trim the lengthy stems of a syngonium houseplant too frequently should be resisted. Syngonium plants use aerial roots in their natural habitat, which grow upwards towards any sunlight and cling to trees while absorbing any moisture content from the surrounding air. These roots can be trained using a moss pole, or totem pole as it is often called, which are ideal for the purpose. Aerial roots are less likely to form in some juvenile syngonium houseplant varieties but the totem pole can be used to help train the syngonium stems. 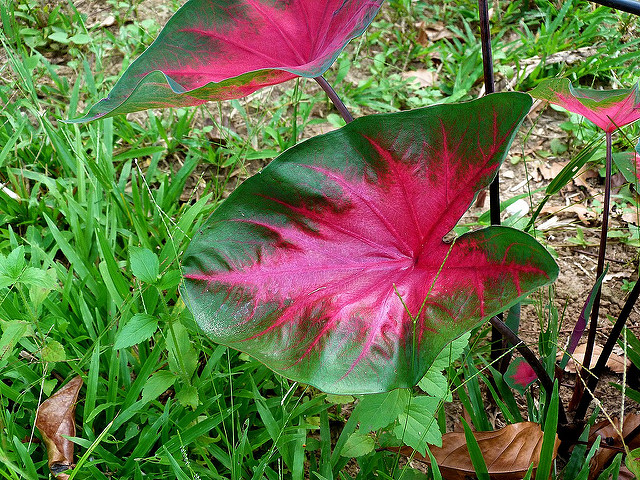 Growing the syngonium using the moss or totem pole lends the syngonium plant to a central or more usually a rear position within a group. Pachystachys is a good flowering companion for a syngonium. Syngonium can be a backdrop to ferns or aglaonema. Philodendron, which is similar to syngonium, or soleirolia soleirolii both make good companions in a group display as all three like similar growing conditions of well-drained, moist soil and moderate to high humidity.

Instead of the totem pole, some varieties will climb thin stakes, syngonium podophyllum “Imperial White” being a good example. Trailing the plant either around a display or from a hanging basket, indoors, are other alternative approaches.

How to Grow and Care for Syngonium Plant

Caring for and maintaining a syngonium houseplant is relatively easy. Humidity and temperature are key, then cultivation and propagation is fairly straightforward.

Syngoniums can be used as ground cover in gardens but they are invasive and if weather conditions are never too cold, they will take over if allowed to climb. They naturally create woody stems that may become as much as three-quarters of an inch thick. Care needs to be taken that they are:

As houseplants, their growth is much slower than in their natural habitat, and they can be controlled and trained fairly easily. They require relatively low light, ideally partial shade and definitely no direct sunlight, as it damages the leaves of the plant. Variegated sygonium varieties are best given more light, though direct sunlight should still be avoided. Too little light for variegated syngoniums causes growth and foliage development to slow down and the plants become tall and spindly.

Syngoniums need relatively high humidity and a minimum temperature of 55F, while other tropical rainforest plants such as tillandsia will withstand lower temperatures. Some syngonium varieties can survive in drier air, but they will neither grow as well or look as good as they can if kept at the right humidity. Normal room temperature is normally acceptable for growing syngoniums. At temperatures above 65F it is necessary to increase humidity so many syngoniums are grown by standing on trays of moist pebbles.

Conventional practice is to keep syngoniums fairly moist, by spraying with soft, tepid water year-round, though less in winter. Winter should be treated as a rest period for the plants, when they should only be watered to keep them from drying out completely. From spring through fall, good practice is to water when the top half-inch of the compost is dry. Syngoniums should be fed every two weeks, except during the rest period. 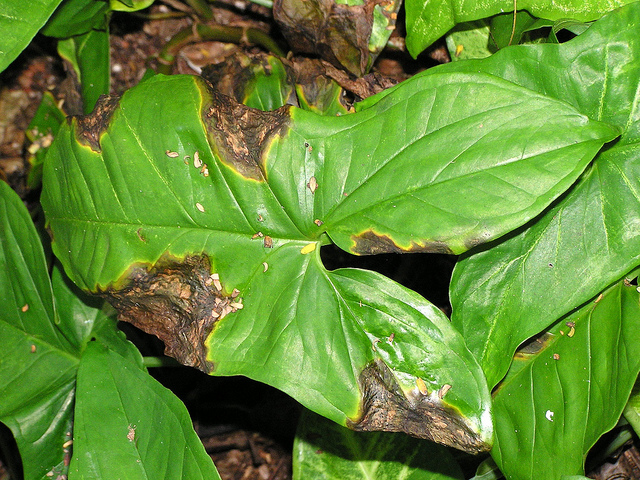 Syngoniums can be propagated by taking tip or shoot cuttings and then heating them from underneath. Air layering techniques also work well with most syngoniums. Syngoniums can be cultivated using hydroponic methods. Sap from syngoniums can prove an irritant to some peoples’ skin, so the standard gardening hygiene of washing hands is advisable.

Syngonium plants can be repotted each spring season or every second spring depending on their rate of growth. Five- or six-inch pots are the maximum that will be required. When the plant reaches that pot size, then only top-dressing is required each spring by replacing the uppermost two inches of the soil or compost with new mixture and adding fertilizer.

The main pests found on syngoniums are scale insects. They can also contract red spider mite, especially when the air is dry. Some varieties of syngonium have leaf patterns that can resemble red spider mite so it can sometimes be tricky to determine the infection, especially in its early stages. 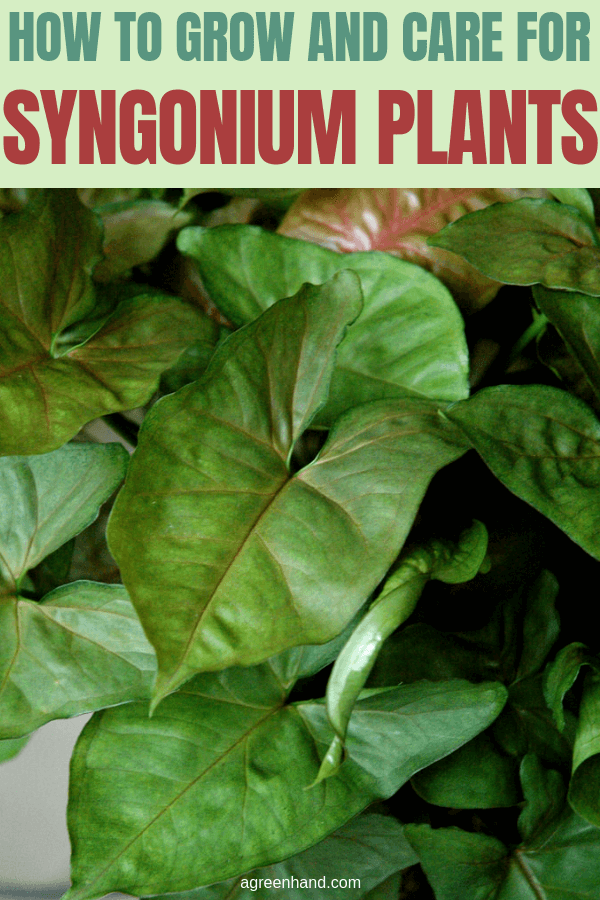