Do you know that topsoil and potting soil are completely different from each other? Topsoil vs. potting soil is distinct in their usage as well as their ingredients. To make your garden blossom and bear fruits, you must select the precise soil that would compliment your location.

​You may in fact have the best top soil in your backyard. To learn about the top soil components you ought to take it for a lab test. You can conveniently buy potting soil mix online or create your own mixture.

How Is Topsoil And Potting Soil Dissimilar In Their Usage?​ 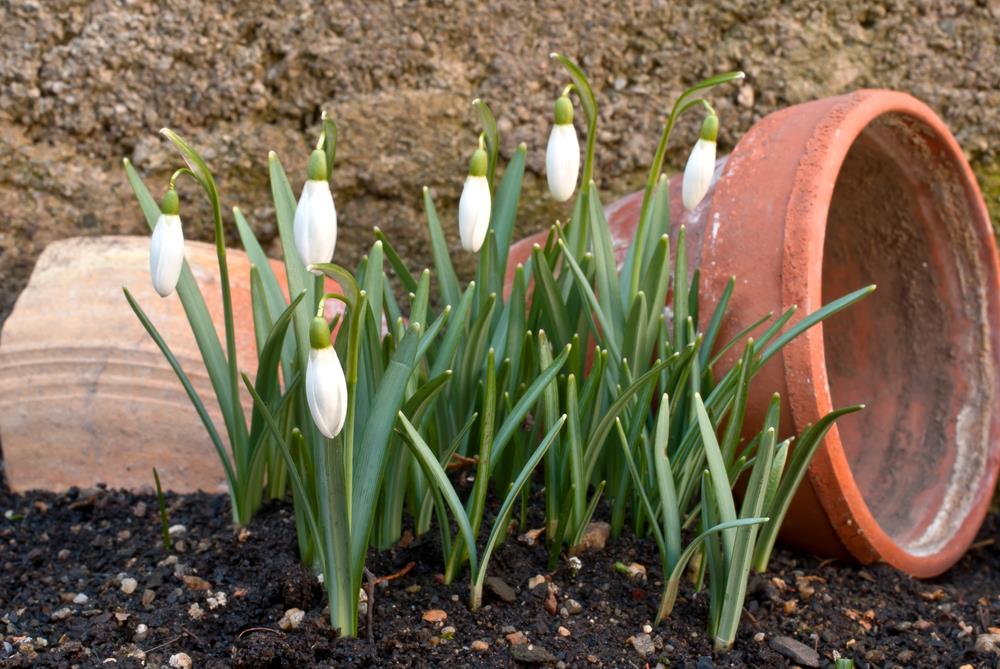 Topsoil is used for planting in the ground and is meant to be spread out in the outdoor land before plantation. It is a great pick for raised beds as they can be purchased in bulk at an affordable rate. The topsoil is very suitable for patios, along the walks and for filling low lawn spots.

Potting soil is specifically used for planting in pots/containers. The pots can be placed indoors or outdoors as per the plant requirement. They are best for hanging tubs, window pots, balcony boxes and terrace racks, especially for their proper water drainage, light-weight and airy features.

​What Are The Diverse Ingredients Of Topsoil And Potting Soil? 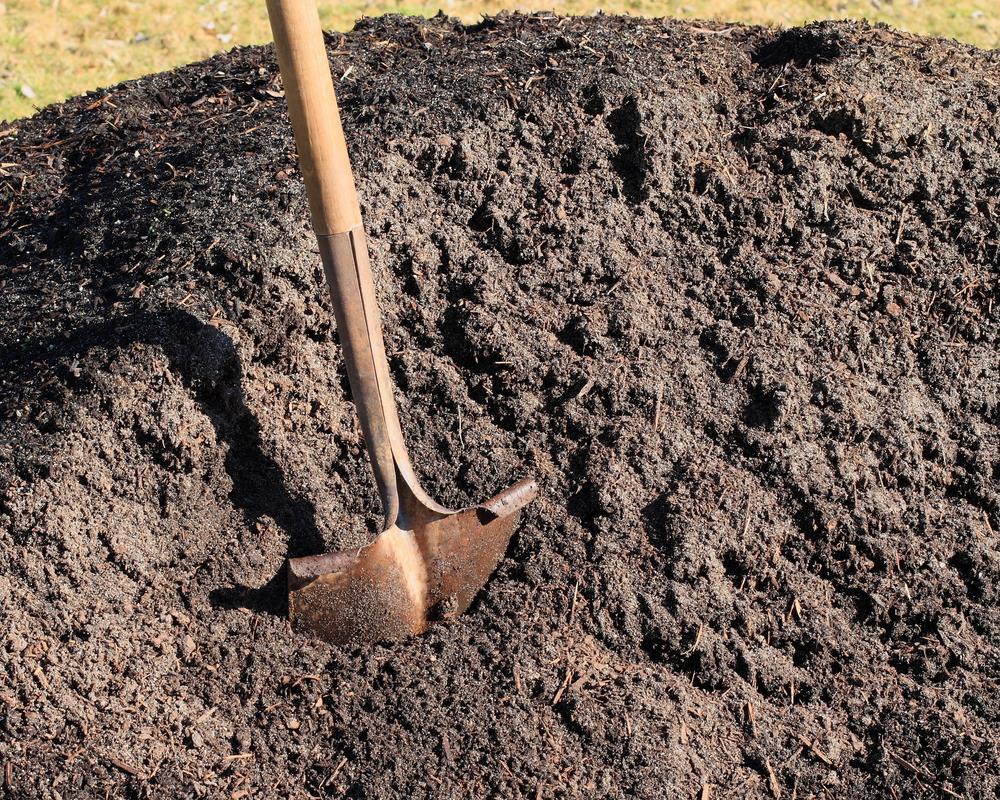 Topsoil does not have a particular set of ingredients. The top of any field or beautiful ground can be scraped and blended with various elements like sand, compost, and manure to create the precise topsoil suitable for growing certain plants (flower/vegetables), shrubs, herbs etc. 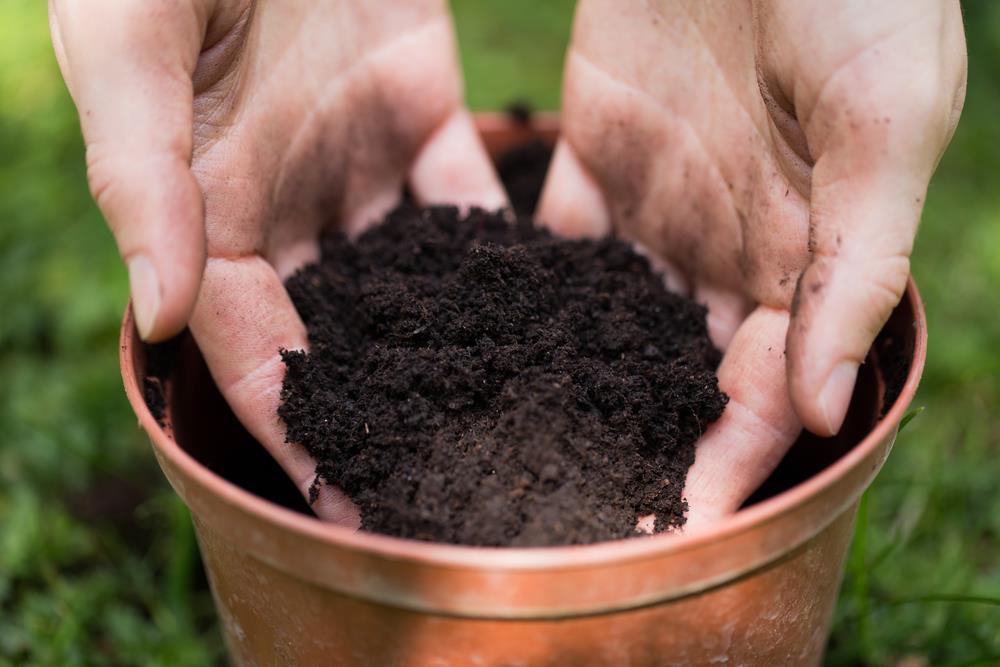 ​While in case of potting soil there are specific ingredients mix strictly followed by different manufacturers producing potting soil. Sphagnum moss, bark, coir/coconut husks, and vermiculite are some of the components that are included in the potting soil mixture. They provide the soil the necessary texture for supporting the plant roots, also offering the plants with the nutrients, and appropriate moisture.

​Topsoil Vs. Potting Soil - Which Is Heavy And Which Is Light?

Topsoil retains lots of water in order to keep the moisture intact for a long duration. The water retention in the soil makes it heavy. Topsoil is quite dense in comparison to the potting soil and it also packs down effortlessly. 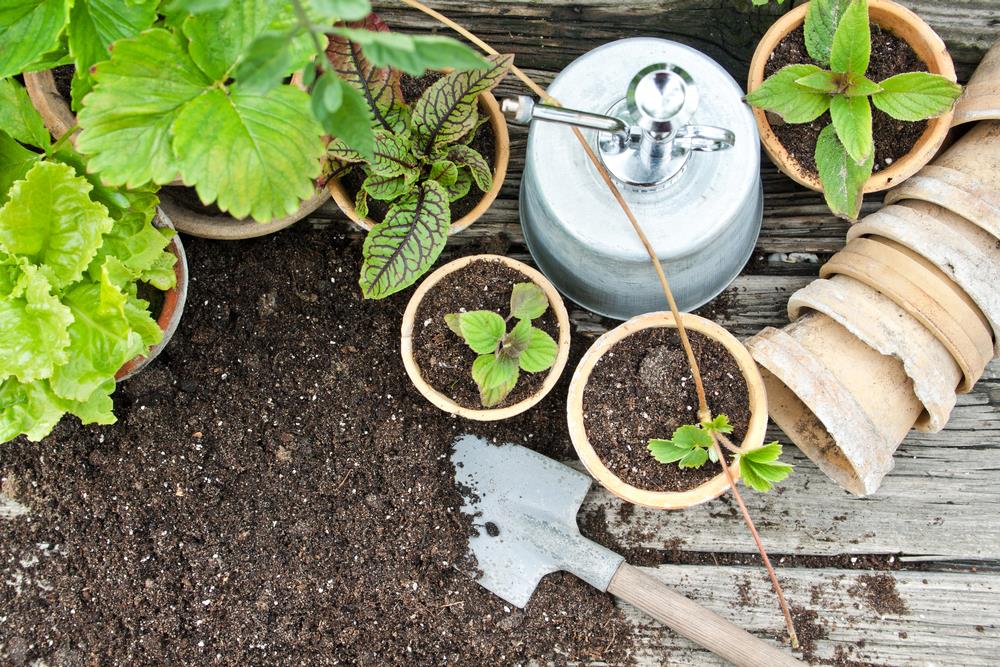 The potting soil in fact doesn’t contain any actual soil. Its special blend lets good drainage which is extremely vital for potted plants while also letting the plant roots breath oxygen. It is very light and does not pack down easily.

​Where To Find The Best Topsoil?

The topsoils are all totally different from one another. You will never find two top soils that literally have the same components. The topsoil is very high in nutrients as it is the top most layer of the earth’s crust forms where innumerable trees, shrubs, and bushes have grown and decomposed for hundreds and thousands of years.

​You would probably find the best topsoil in the farm lands where innumerable crops have been cultivated continuously making the soil immensely nutritious due to the repeated mixing of manures to grow the best crops.

The forests too have very good quality top soil as thousands of trees, fruits, creepers, bushes, shrubs and hers grow and die packing the soil with excessive nutrients. Along with composted manure and clay, topsoil often contain funguses, weed seeds and soil bacteria.

​Which Is The Best Way To Find And Create Potting Soil?

You can buy a sack of the best mix of potting soil at a nursery near you. There are various companies who sell premium quality potting soil online. Purchasing is the quickest way, while making a potting soil special blend yourself can require a lot of time, toil and ingredient knowledge.

​If you love to experiment and are hugely inclined on creating the potting soil mix then you can choose to do so for the whole mixture. My personal favorite tactic for creating my very own potting soil mix is that I purchase a potting soil bag online, measure and put it together with the right amount of compost. All the nutritious factors necessary for the plant is present in the compost.

​Now, you are well furnished with the distinct characteristics of top soil and potting soil. You can carry out your own research and experiment with different ingredient mix. Drop your comments below for any related queries. 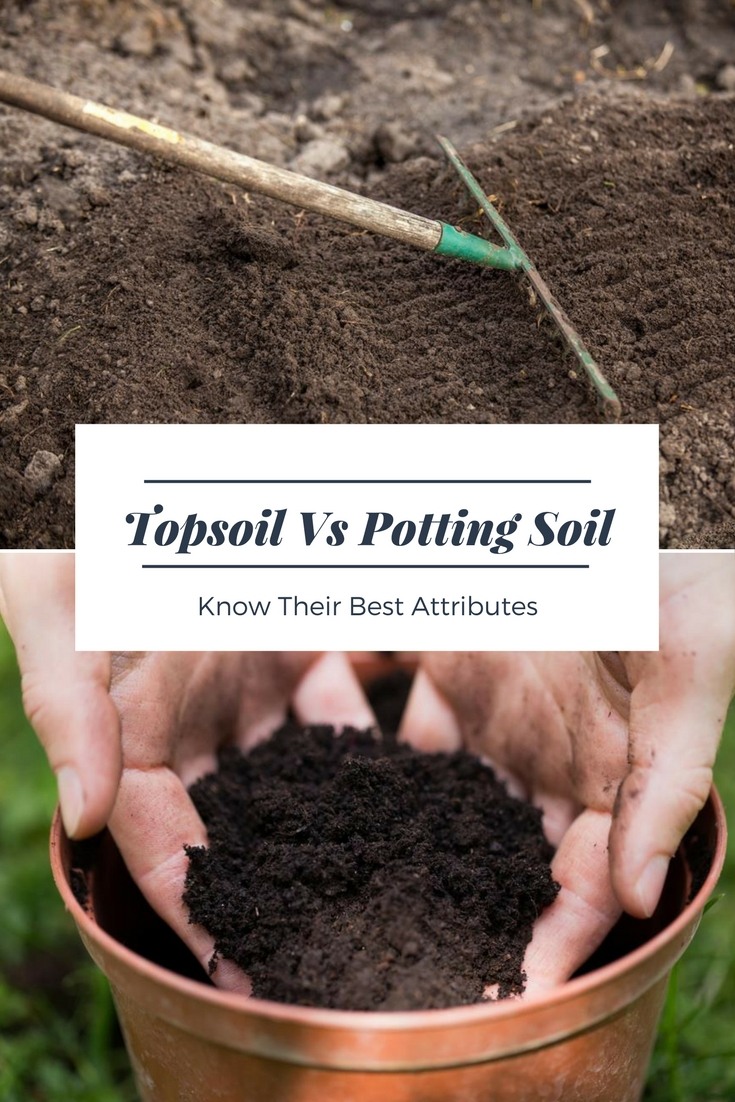 How to Choose a Site for Your Garden
Choosing the Right Compost For Your Food Garden
The Best Way to Get Rid of Tiny White Bugs in Soil
Soil Health Guide: Gardens and Farms
6 Important Tips When Buying Top Soil, Mulch, or Compost in Bulk
How to Amend Clay Soil Without Tilling