There are many varieties of the Syngonium plant and its most common form, syngonium podophyllum. Researching color, size and growing habits is worthwhile.

Growing as epiphytes in the tropical rainforests of Central and South America, as a houseplant syngoniums are tolerant of low light. Whilst they should be kept out of direct sunlight, the attractively-variegated foliage of some varieties of syngonium is best maintained in low to medium light. There are some interesting houseplant options available. 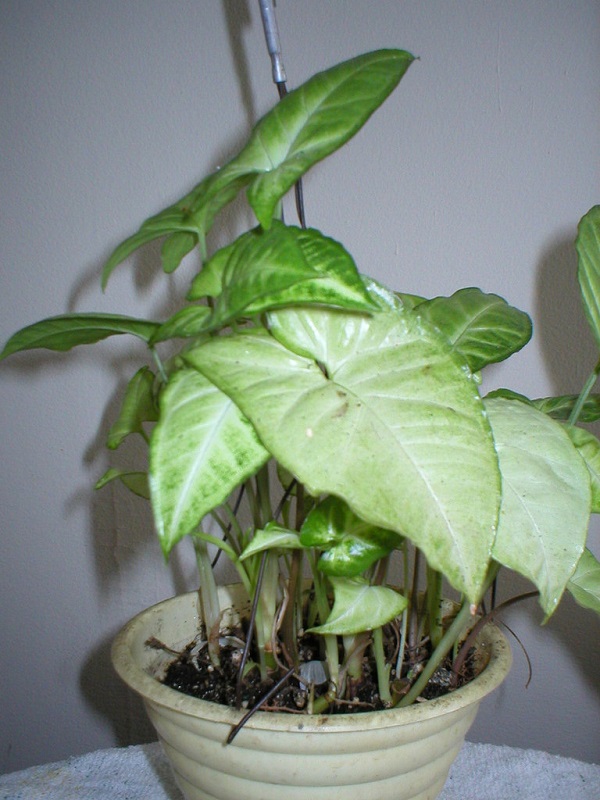 Syngonium podophyllum is the most common form of syngonium, found throughout Mexico, Panama and Costa Rica. Its common names include goosefoot or arrowhead vine, both being references to the leaf shapes of some of the popular varieties in their juvenile form. It used to be known as nephthytis triphylla and is sometimes termed nephthytis podophyllum.

There are substantial differences in leaf shape and color between varieties so it is advisable for prospective purchasers to research their preferred variety. Varieties include: 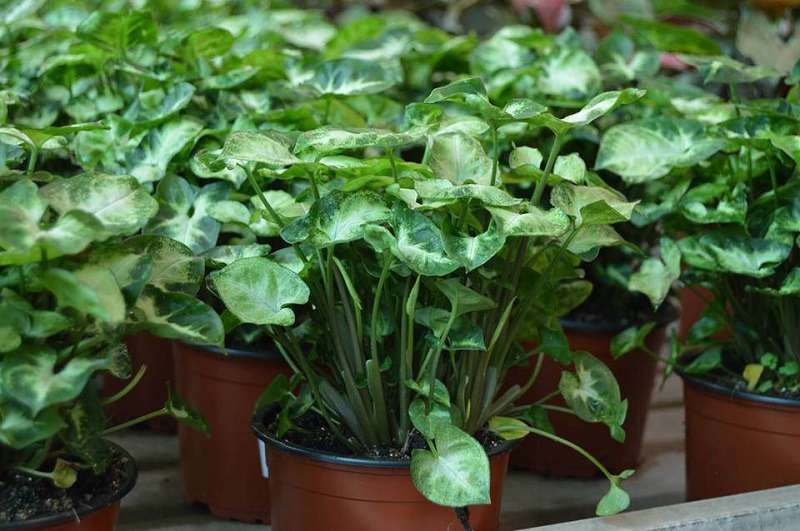 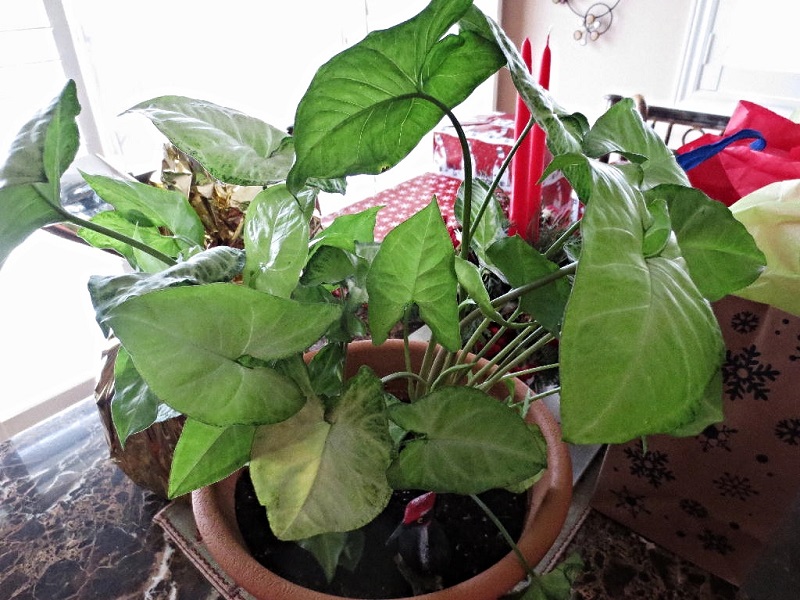 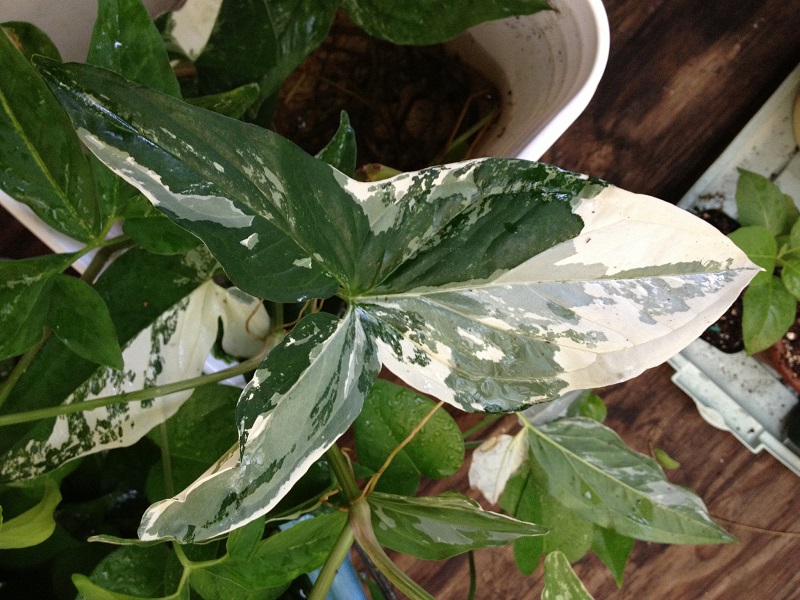 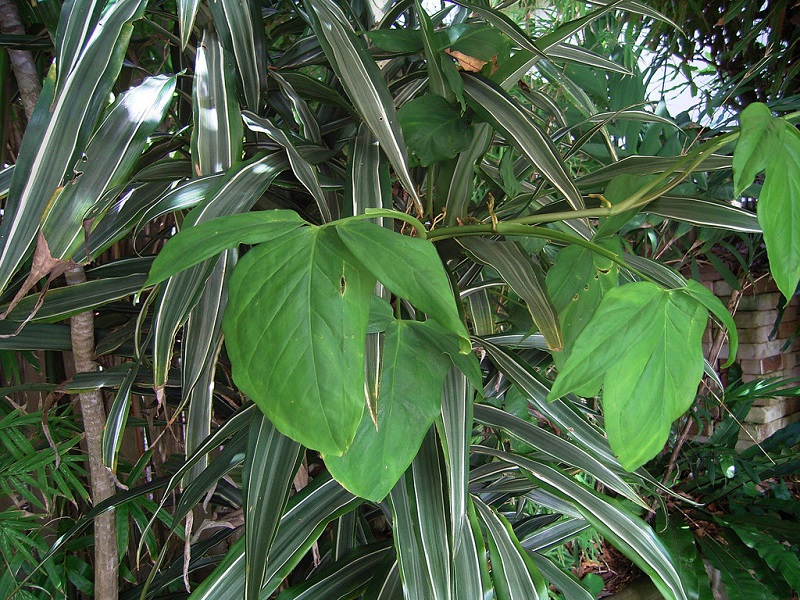 There are several varieties of Syngonium other than Syngonium podophyllum, with different rates of growth, likely size, and variegation. They are all fairly easy to care for if humidity is maintained. Syngonium auritum is commonly found in Jamaica and Mexico but also appears in other countries. A slow-growing vine with three, or more usually five, rich green segments to its leaves, the leaf size usually ranges from 6×3 inches in the young plant up to 15×12 inches in the mature plant. 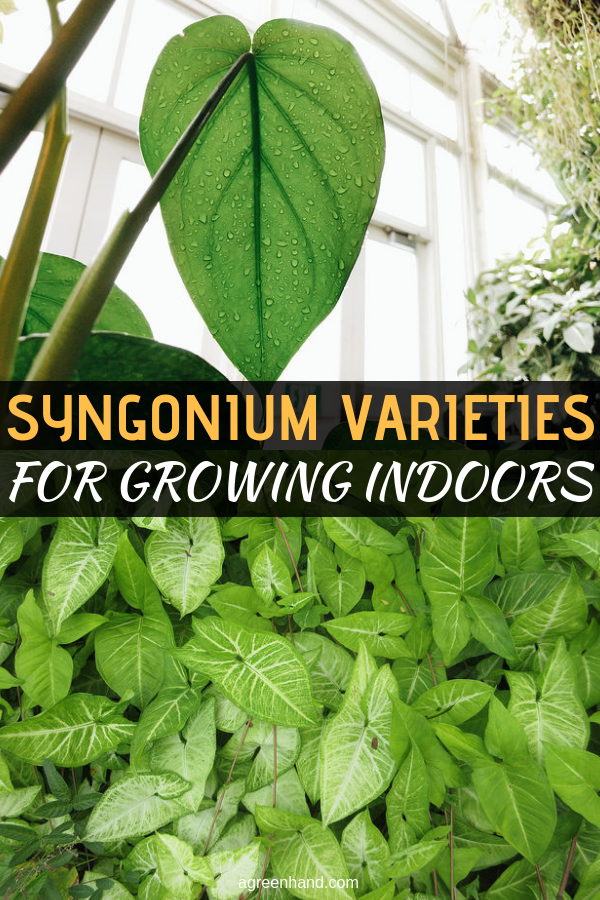