How To Grow And Care For Cineraria Plants

The cineraria or senecio cruentus is a brightly-colored, popular and attractive winter- or spring-flowering houseplant.

Senecio is a very large genus of plants that occur in many parts of the world in one form or another. It includes perennials, shrubs, climbing and succulent plants. Houseplant varieties are cultivars of Senecio cruentus, generally understood to originate from species of senecio native to the Canary Islands.

Senecio cruentus has been reclassified botanically as pericallis cruenta, but cineraria is the common name and the houseplant is sometimes referred to as cineraria hybrida. Cineraria flowers in most varieties resemble large daisies and the brightly-colored flowers pack tightly together to form a pretty display. The large, dark green leaves provide an attractive contrast, though are often obscured in the dwarf cineraria varieties when the houseplants are in flower. The leaves can have a blue, dark red or purple tint to their underside. 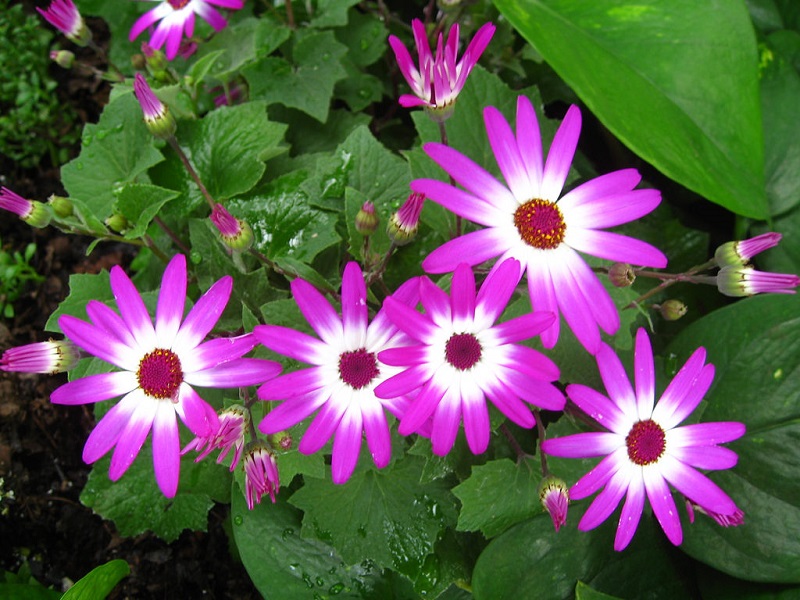 There are large numbers of varieties of this popular houseplant available. They can be obtained in a wide range of colors, from white to purple including orange, red, and some bi-colored forms. They are grouped into three popular types and one slightly less popular:

Hybrida Grandiflora are cinerarias with broad-petalled large flowers around three inches wide. The height of the plant is usually around 16 to 24 inches.

Multiflora Nana are very popular large-flowering dwarf varieties with broad petals, the plant being up to 15 inches tall.
The Stellata group have narrow petals and star-shaped flowers. They conventionally range from 18 to 30 inches in height.

Double-flowered cineraria varieties can be obtained but are not as popular as the other types. The density of this group’s flower petals covers the flower center, giving the bloom a different look from the other types of cineraria.
Combining different cineraria varieties of the same color in a group display can be particularly impressive. While the cineraria often has a different-colored flower center to its petals and the center may be ringed in white, there are increasing numbers of varieties with two-colored flowers available from suppliers. Cineraria also works well in the most simple forms of hanging basket displays. Hanging baskets of cineraria that are very well-suited to indoors. 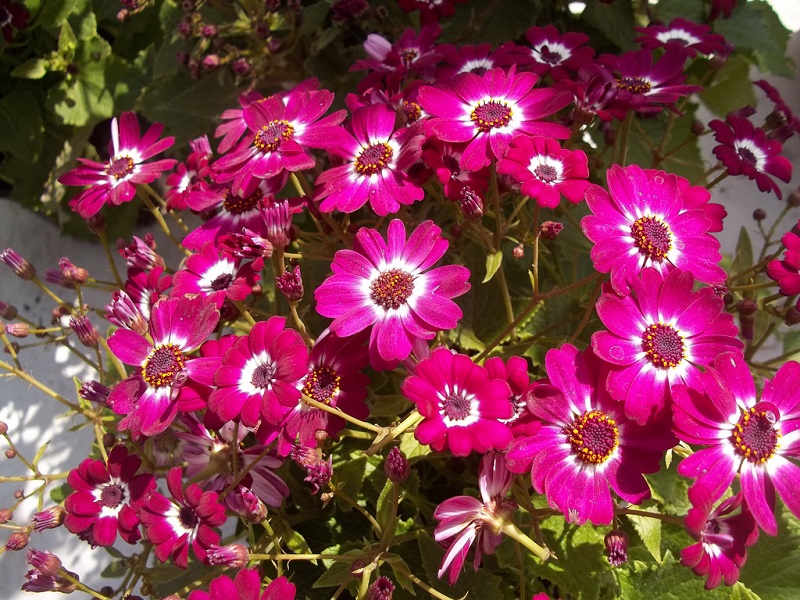 Cinerarias usually flower between December and late May and if well-maintained will usually remain in bloom for around six weeks. Cinerarias can be prone to grey mould or botrytis, and leaf pests such as whitefly, leaf miners and aphids. Aphids tend to focus on any areas of new growth, especially buds. Grey mould commonly forms in low temperatures and moist air, which are both situations that are unfortunately close to the limits of the correct growing conditions of the cineraria. Grey mould can also be created by water lodging in houseplant leaves. Maintaining healthy cinerarias is not actually too difficult in practice.

Cineraria plants are best maintained in an open but draught-free space. The ideal temperature range is 45F to 55F, and these plants are best kept below 55F whenever possible. They should be brightly-lit but kept out of direct sunlight. A cineraria needs to be kept cool, draught-free and watered. They will die quite quickly if either under- or over-watered.

The large leaves lose water while roots will dry out. Hence keeping compost moist but not over-watering is the most effective method of prolonging the flowering display. Standing potted cinerarias on a pebble tray and occasionally misting the leaves are suitable methods of maintaining humidity for the plant. A generally held view is that, given such a short flowering season, cinerarias do not need feeding.

Cinerarias are usually treated as an annual and the plant is allowed to die after flowering before being disposed of. Plant cuttings will usually root readily but they do not grow particularly well or bloom healthily if and when they do flower, hence growth from seeds is usually the preferred cultivation method.

Seeds can be sown in spring for late winter flowering or in summer for spring flowering and the seeds kept in a cool greenhouse. Young cineraria plants are cultivated from May to September. Exposure outside is fine for most varieties provided that adequate care measures are taken, including shading from direct sunlight if kept under glass. 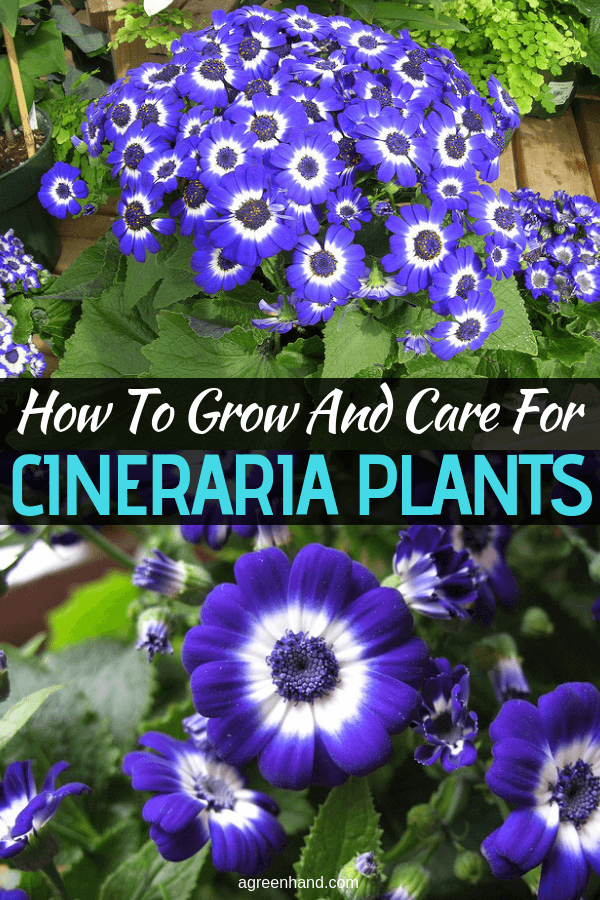