How to Grow and Care for Christmas Cactus

The Christmas cactus in nature is epiphytic, meaning that it is normally attached to trees in the forest rather than being a desert cactus. This gives these cacti their flowering capability and unusual appearance with distinctive flattened stems. Another distinguishing feature of Christmas cacti are the pointed ends to their leaves. The pretty, and on a good specimen, profuse, flowers grow to around three inches long.

Most Christmas cacti flower for around eight to ten weeks, though the timing is dependent on the variety and how it has been cultivated. As a result, in the northern hemisphere, the plant may flower from November to January, but some flower from December and can continue into early February. As the plant ages, the flowering period can be influenced to some extent, though the degree of success will vary in practice.

Routine Care for the Christmas Cactus 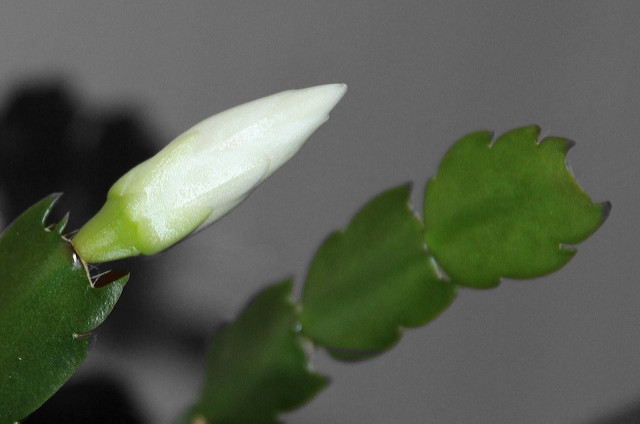 Christmas cacti and most of the associated hybrid forms are best positioned in good light not direct sunlight. Flowering of this cactus is stimulated by the shortening length of the days as winter approaches. Too much light suppresses flowering, and artificial light in autumn is also believed to reduce bloom quality so that many aficionados prefer to cover the plant in the evening rather than keep it exposed to electric lighting.

Although the plant of the christmas cactus is robust, the buds and flowers of this cactus are fairly fragile. Established best practice with this houseplant is to let the compost almost dry out between watering sessions. It is then advisable to water the plant from underneath, and not directly onto, the flowers. Other recommended measures to protect the flowers and buds are not to move or turn the plant once it starts to bud and to keep it free from draughts; both movement and draughts can cause the buds and flowers to drop.

Christmas cacti should always be maintained at a minimum temperature of 55F, rising to a minimum 60F when in flower. Ericaceous compost is recommended for the plant, and rainwater or cool tapwater, provided it is soft, are both suitable. If the plant is situated in a warm room when in flower, it is a good idea to regularly mist its leaves, again to retain the flowers through maintaining air humidity.

How to Propagate Christmas Cactus

Finally, once your plant is done flowering, you can share your plant with friends and family. Simply cut off a leaf segment that has four joints, allow it to lay and dry for a day or so, then dip it in rooting hormone and place it in a well draining potting medium, out of direct sunlight and wait. Within three to four weeks your cutting should begin to root.

Christmas cacti are very easy to care for plants that require very little time. By applying these basic techniques your plant will continue to bloom year after year. You will also end up with lots of small plants to share with others or decorate your home with from your original plant.

How to Encourage Repeated Winter Flowering 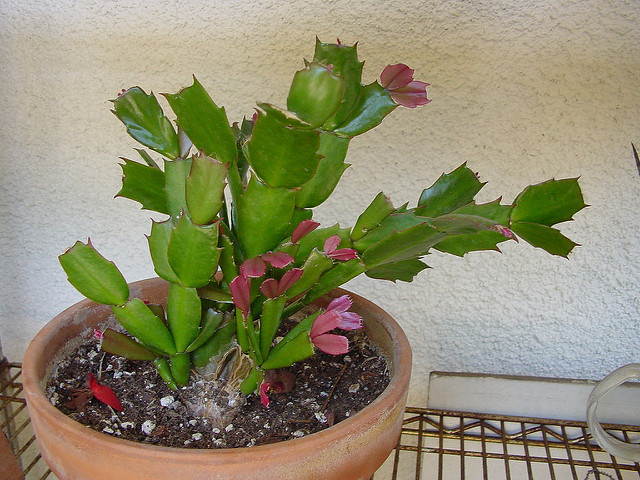 Rather than dispose of the plant after its first Christmas, Christmas cacti can be kept flowering for several years. Sometimes a newly-purchased plant might actually be several. It is worth inspecting the roots at the beginning of its first spring, then divide and pot separately any new plants. The separate plants should then flourish.

After flowering, as a general rule one can repot young plants in spring but mature ones only every two or three years. After its flowers have dropped, the cactus needs a resting period for about two months. It will also require around six to eight weeks rest near the end of the summer.

It should be noted that these resting periods are not the conventional “full” rests normally associated with cacti during their wintering period. The purpose of the rests for the Christmas cactus is to allow the plant to ready itself for flowering. Hence it still requires the minimum temperature to be 55F and needs less water rather than none at all.

With the Christmas cactus, overwatering should be avoided at any time. The plant can be watered normally during the summer. Although usually best carried out as a thorough watering and being allowed to dry out between watering sessions, it is worth checking any notes supplied when the plant was originally obtained in case of variations in cultivars or hybrids.

During the summer, the plant can be placed outdoors, though it needs to be kept free from slugs. It is not necessary to place the cactus outdoors but exposure to the fresh air is generally beneficial in terms of winter flowering. Feeding the plant monthly during the summer, between the resting periods, is also useful with most varieties.

Whether indoors or out, while not in flower, the plant should be kept cool, though above 55F, and out of the direct sunlight. After its second rest period, the plant will start to bud again from around late October, at which point it should be moved to its display position and watering and temperature gradually increased.

With experience, some experimentation with cultivation methods can also prove rewarding. This greatly adds to the enjoyment and satisfaction of caring for the cactus. As an example of how this can develop, some experienced gardening enthusiasts graft these types of cacti onto larger, suitable plants to create impressive standard-like displays. 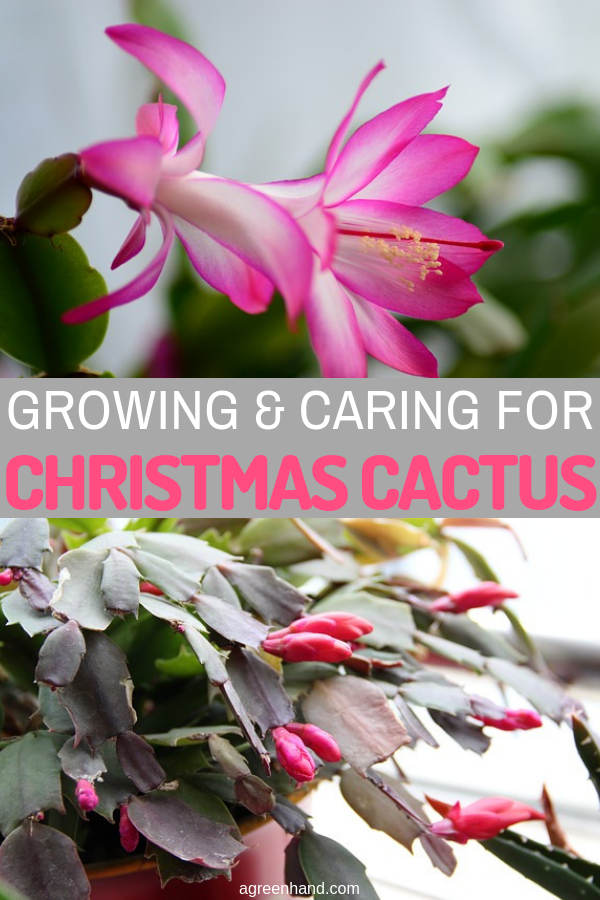