How To Care For Norfolk Island Pine As A Houseplant

There is a Christmas tree plant that can be grown indoors. The Norfolk Island pine grows to around five feet tall as a houseplant and decorous feature.

The Christmas tree plant grows to around five feet tall and can normally be housed in a five-inch pot, or nine-inch as a maximum for large, mature specimens. The plant will usually grow to just over three feet in width. Grown as a houseplant, the Araucaria pine is a feathery-leaved conifer. An idea sometimes used to good effect is to group several Christmas tree plants in separate pots together for an oriental-looking display.

In a larger, more open room such as a conservatory the Norfolk Island pine can be grown more as a tree and may reach around eight feet tall. Grown in this way and cultivated as a single stem in an open space, it will make an attractive feature all year round, despite the single-stem cultivation somewhat limiting the plant’s growth. New growth on this plant is light green, which darkens in autumn but stays fairly bright in a younger, healthy specimen. 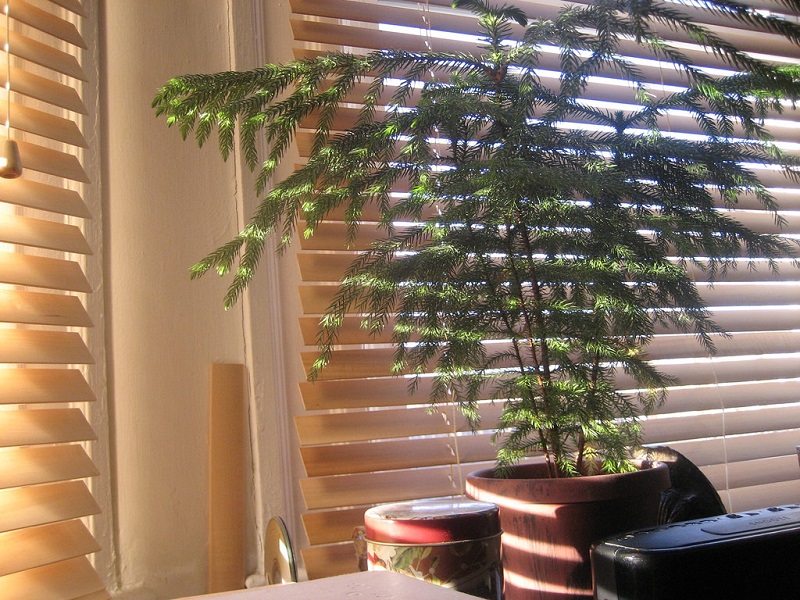 As with natural Christmas trees housed indoors during the festive season, the araucaria’s bright green, prickly needles will drop off if they are allowed to dry out. If the leaves do appear to be becoming crisp though retaining their color, this is often an early sign that they are drying out too much.

The araucaria needs to be kept cool, especially in winter, and well away from heat sources such as radiators, which are the easiest method of damaging the plant. It is usually advisable to feed the araucaria each fortnight during the spring and summer. A weak fertilizer is sufficient. As a general rule, the plant should be repotted every three years.

The plant should be watered regularly through the year, preferably with soft water, but not overwatered as the roots will rot if too wet. On the other hand, this plant is very unlikely to recover if the compost dries out. Watering should be carried out a little more sparingly in winter, which is really the plant’s natural resting period.

Lightly misting the leaves in winter is prudent to maintain humidity when house heating is more in use, to avoid needle drop which left untended will eventually kill the houseplant. As a rule, it is acceptable to let the top inch of the compost to dry out between waterings, but no more.

The Christmas tree plant thrives in light or semi-shade. It can be allowed exposure to occasional direct sunlight in summer, for example through short periods on a balcony or patio. The plant will lose its needles if kept in too little light. A minimum temperature for the plant is around 41F at any time of year.

For the most impressive displays, the araucaria is best treated as a specimen or architectural plant, with the accent on encouraging even growth. Branches will naturally form in tiers. The main stem is strong, and will turn woody to support relatively wide-reaching growth. The Christmas tree plant is generally in its prime condition after about four years and normally reaches its maximum height at around ten years. With care, size can be restricted by allowing the plant to become pot-bound

The plant can become top-heavy so an occasional light prune of the uppermost branches in early spring may be appropriate, though this is best avoided by ensuring that the plant is securely rooted in a heavy pot and a soil-based compost. Araucaria seeds can be used to propagate the plant but it is a delicate and temperature-sensitive process requiring the use of a greenhouse. 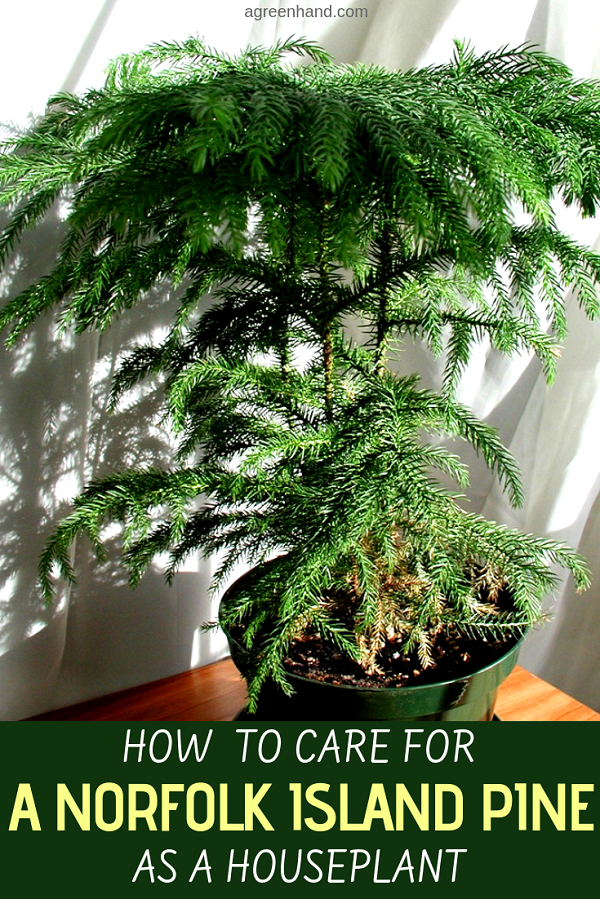