How To Care For Dumb Cane Plant

A houseplant with slightly wrinkled green-and-white oval leaves, dumb cane, also known by its Latin name of Dieffenbachia, is a pleasant plant to look at but one to avoid touching.

Growing in the rainforests of Central and South America, dumb cane probably developed a toxic sap to avoid being eaten, just as Monarch butterflies, which winter in Central America, feed on milkweed to make themselves distasteful and poisonous to predators.

It’s a jungle out there, and dumb cane found a way to adapt and survive, a process described by Charles Darwin, the famous naturalist, who collected and studied plants and animals from many parts of the world. Learn tips about dumb cane plant care. 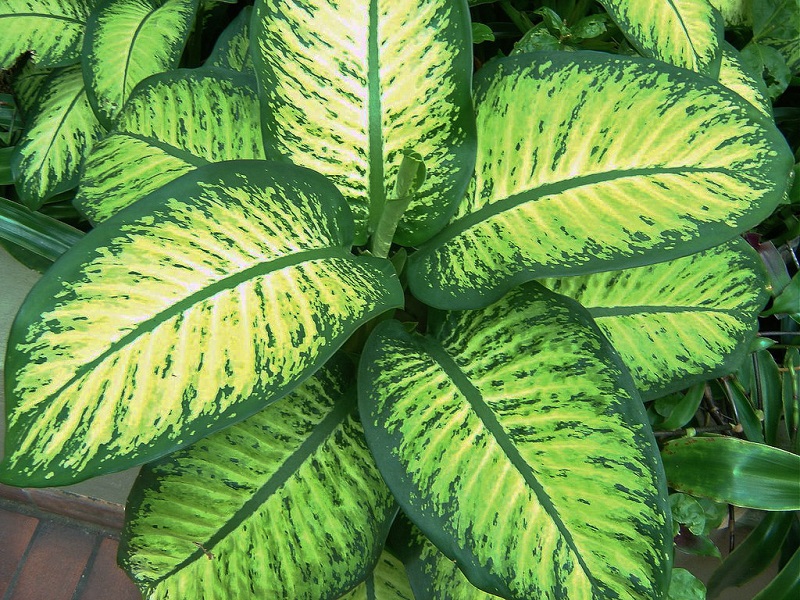 Dumb cane is not a houseplant for families with small children or pets who might be tempted to pull the leaves. The sap of the dumb cane can cause irritation. Chewing a leaf or stem causes swelling of the mouth and throat, impeding speech, thus earning the plant its name. Severe swelling can interfere with breathing, as with bee stings to people allergic to them. Cats are especially sensitive to the effects of dumb cane and should not be allowed to chew on the leaves.

The Right Place for an Attractive Plant

In a house without toddlers or curious pets, dumb cane has a place as an exotic that brings spring color into the house. Its leaves are usually light green with white areas in the center, but there are all-green varieties. Dumb cane often grows tall and has distinct sections along its stalk like other types of cane. If the center stalk is cut back severely, trailing side shoots usually will form, giving the plant a more relaxed, horizontal shape. 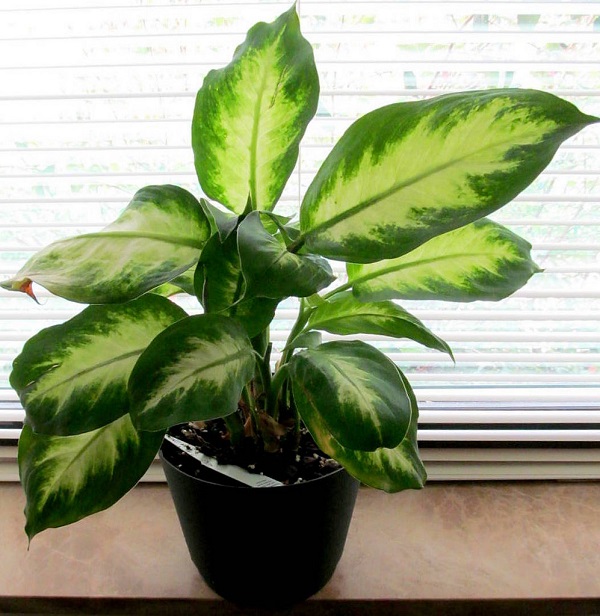 Steady but filtered light is best for dumb cane. An eastern exposure in winter will keep the plant looking bright and lush. Letting the pot soil dry between watering is a good idea to prevent rot. Feeding once a month with liquid fertilizer or once a quarter with a food spike is sufficient. Pushing a food stick into well-watered soil on the first day of a new season is a good way to remember to feed any houseplant.

Cool nights and warmer day temperatures create a healthy environment for dumb cane. If the leaves become dust covered, a shower with warm water, either outside in summer or in the kitchen sink, will refreshen the brightness of the leaves. Remember to wear rubber gloves when working with dumb cane in case a leaf or branch breaks. Avoid skin contact with the sap. 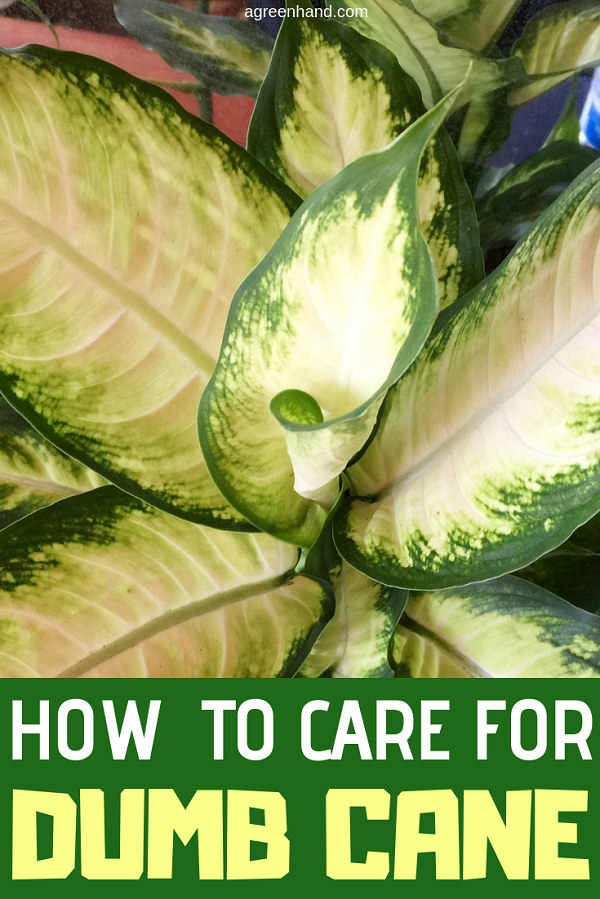