Grey tillandsia is the air plant family of bromeliads that grows mainly in the tropical rainforest. They are unusual and intriguing houseplants.

The tillandsia genus covers hundreds of species which can be broadly defined in two groups. The green tillandsias are the pot-grown types which need quite an amount of care, though the popular tillandsia cyanea is a good houseplant if humidity and temperature can be maintained. The grey tillandsias are the air plants which require minimal attention.

Unless they are cultivated in a specialist environment, it is unlikely that the air plants will flower, though there are exceptions. Any flowering period is short, sometimes as brief as just a few days. 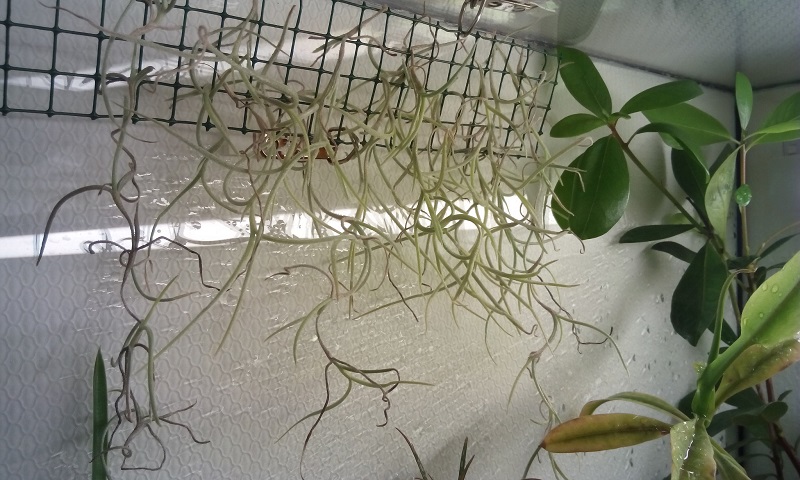 The air plants can survive a degree of neglect because in the wild they become dormant during droughts and can survive for long periods without water, as the scales or hairs draw moisture from the air. They will also absorb nutrients from particles in the air but should be kept free of excessive dust so that they can function.

Grey tillandsias are called “grey” as a reference to the color they appear to display. The grey coloration is largely caused by reflection of light off the scaly hairs, which are known as trichomes.

Many air plants can simply be draped over a branch, which is often the way these types grow in their natural habitat. They lend themselves to displays in groups or as ornamental displays.

The most common air plant species include: 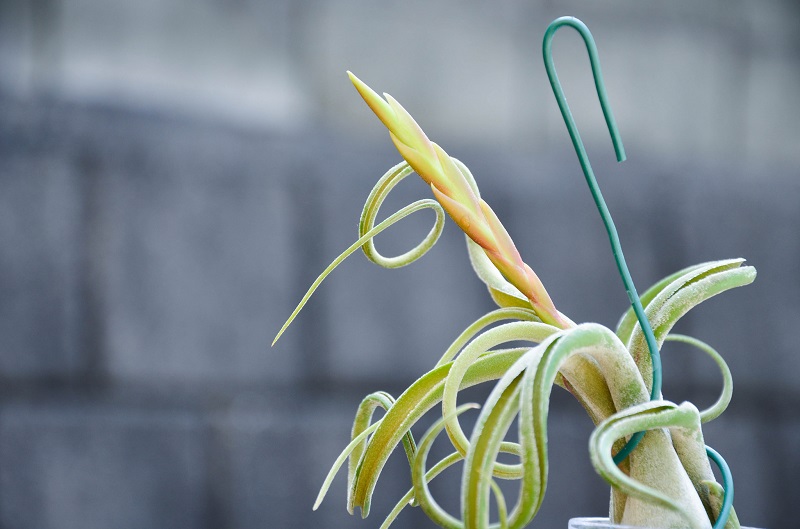 Air plant tillandsias lend themselves to many types of display including ornamental forms and provide many creative opportunities.

While some species will tolerate a considerable amount of neglect, making sure that the environment is suitable in overall terms will enable the tillandsia houseplants to live up to their reputation for being low-maintenance types.

Grey tillandsias can be displayed as separate specimens or in groups using various ideas including:

Spanish moss, Tillandsia usneoides, is often displayed as a small specimen either separately or with other suitable tillandsias, both air plant and pot-grown species. It is also often used to both grow within and decorate greenhouses by being hung from the greenhouse roof. It will grow quickly and profusely in suitable conditions such as this.

How to Grow and Care 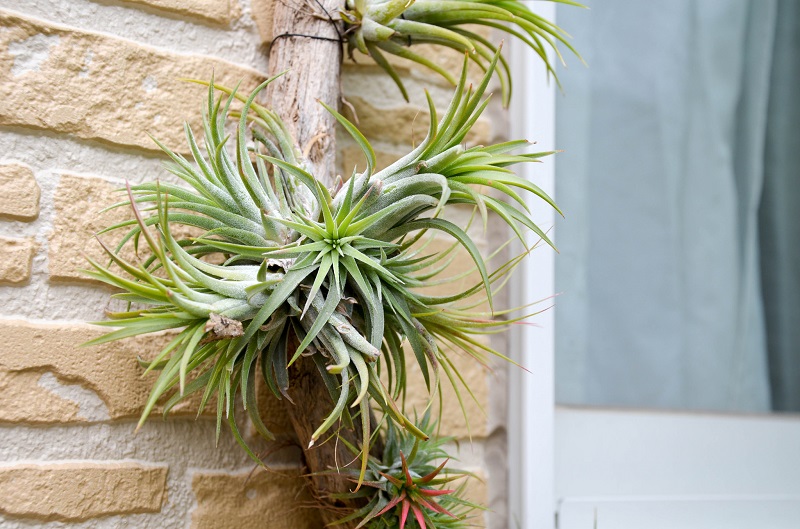 Air plants need misting regularly to maintain humidity as young plants. They will need some misting on an ongoing basis if kept in a well-heated room. A relatively cooler environment is to be preferred. When the plants are growing, adding a heavily diluted liquid fertilizer to the misting water is very beneficial.

Grey tillandsia do not usually survive long in low light and generally require good light but not direct sunlight. Air plants will tolerate lower temperatures than other bromeliads, down to 55F or occasionally lower if for not too prolonged a period. Many grey tillandsias are ideally situated in a well-lit bathroom where they can appreciate the humid surroundings. 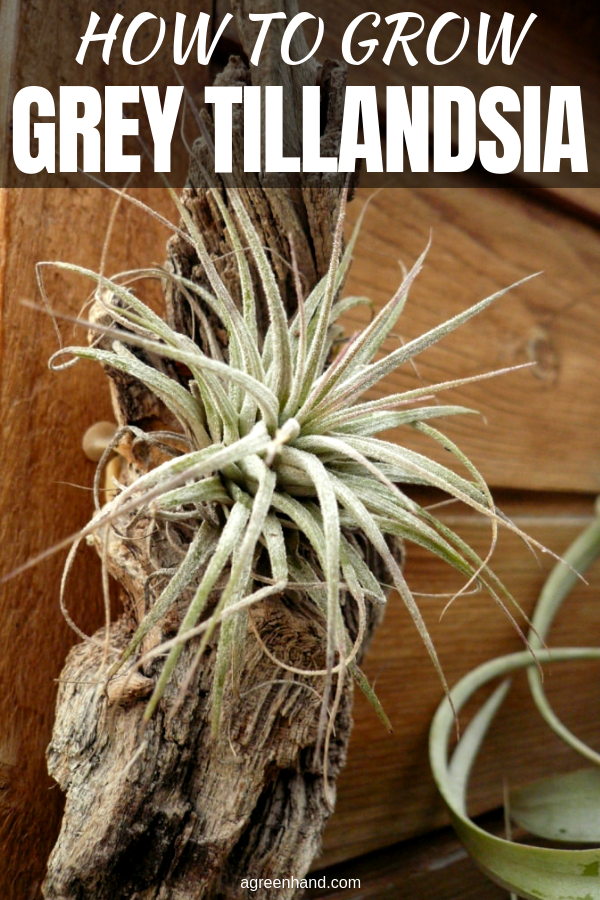