How To Grow and Care Pot-Grown Tillandsia Species

Green Tillandsia are the pot-grown tillandsia species. These tropical rainforest plants can live for years as houseplants if properly maintained. 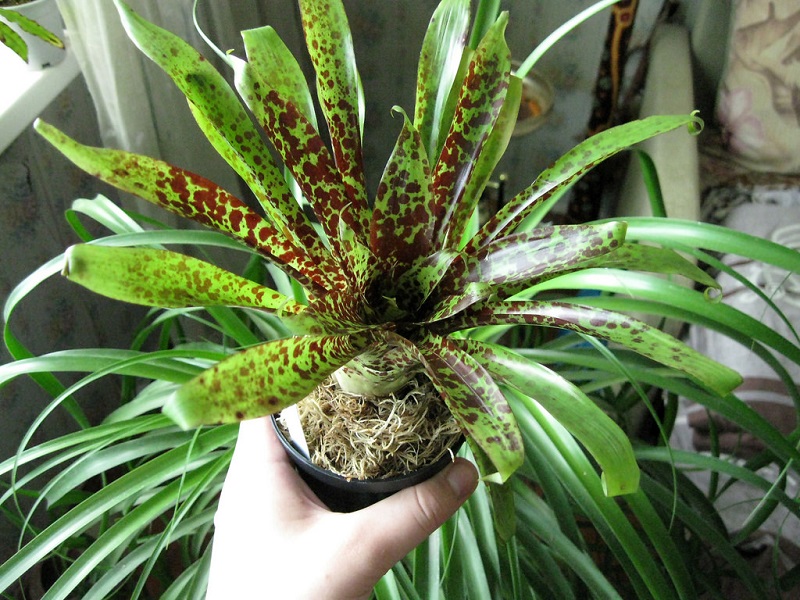 While the air plants are to some extent more self-sufficient and require only minimal attention, by comparison, green Tillandsia require much more care.

As well as needing compost and a pot, though orchid compost is suitable for almost all types, the less common species, if not protected and unavailable, are generally too delicate for cultivation outside a specialized environment. Specialized light requirements and constant conditions of humidity and temperature are necessary for these tropical rainforest plants.

While Tillandsia Cyanea known as the pink quill, and Tillandsia Lindenii are the normal tillandsia houseplant species, there are some others. Most are rare nowadays and sometimes difficult to maintain in good condition. As a consequence, these species are more likely to be seen in specialist collections and other plant exhibits. 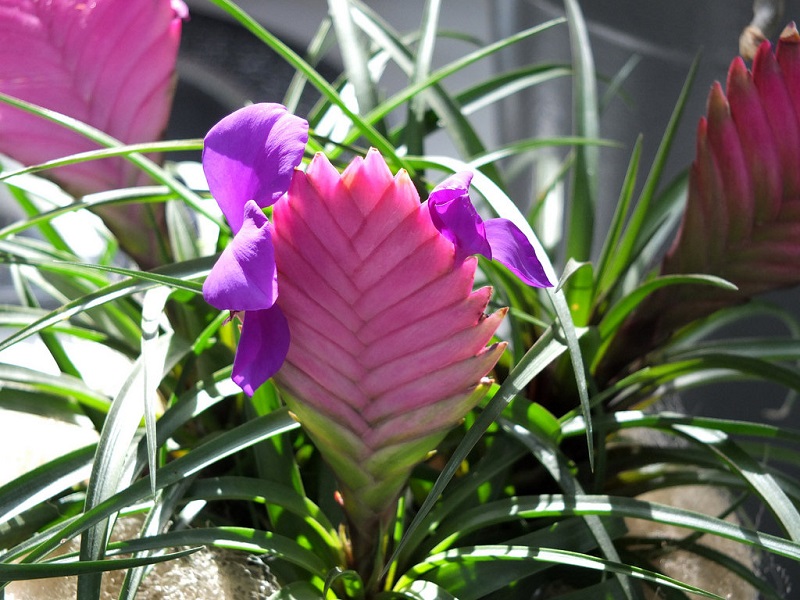 Tillandsia Fasciculata is attractive. It has long green leaves and two to four bracts which, if encouraged by good but not direct sunlight, will turn bright red at their base, stay green at their top and will seasonally sprout small blue or purple flowers if well-maintained. 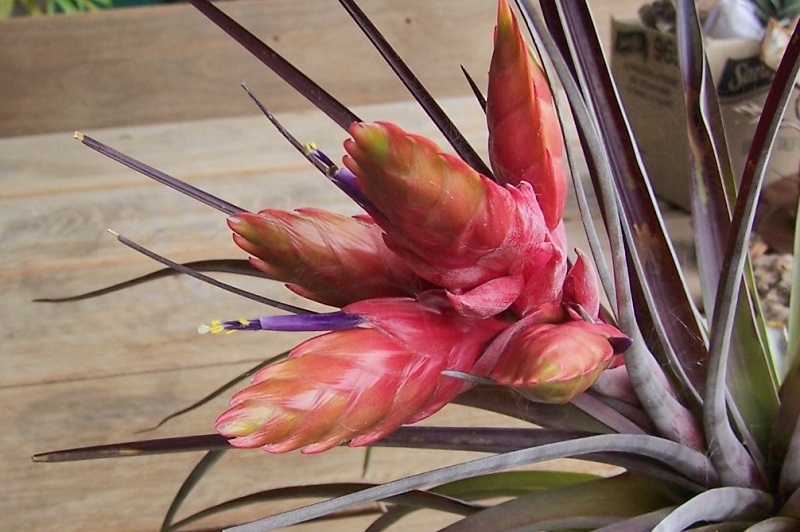 Tillandsia Stricta has dense rosettes of narrow reed-like green leaves around a red bract. This tillandsia plant bears a blue flower larger than those of many tillandsias. 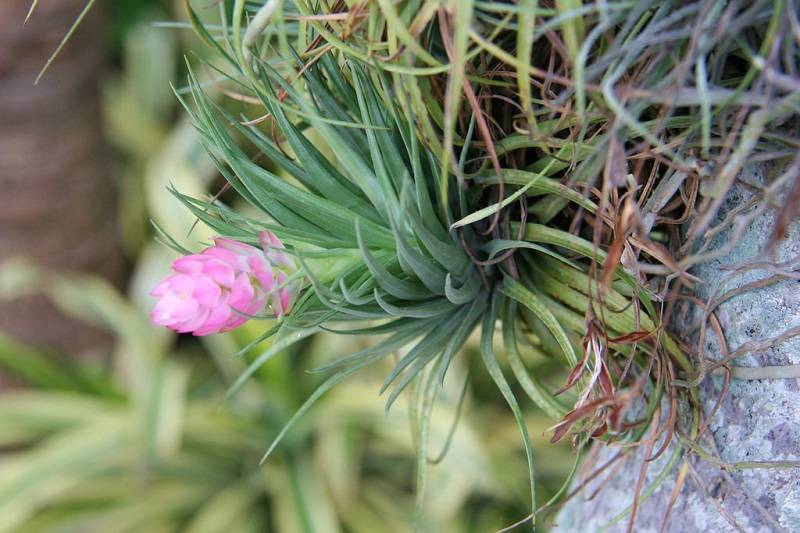 Care for all pot-grown tillandsias is in principle the same as for Tillandsia Cyanea. However, other than the Cyanea and Lindenii species, they are difficult to maintain without a lot of attention and even then a specialized environment such as a dedicated conservatory or hot greenhouse may be necessary. Another approach with some of the less common green tillandsias is to cultivate them in enclosed glass terraria or bottle gardens. 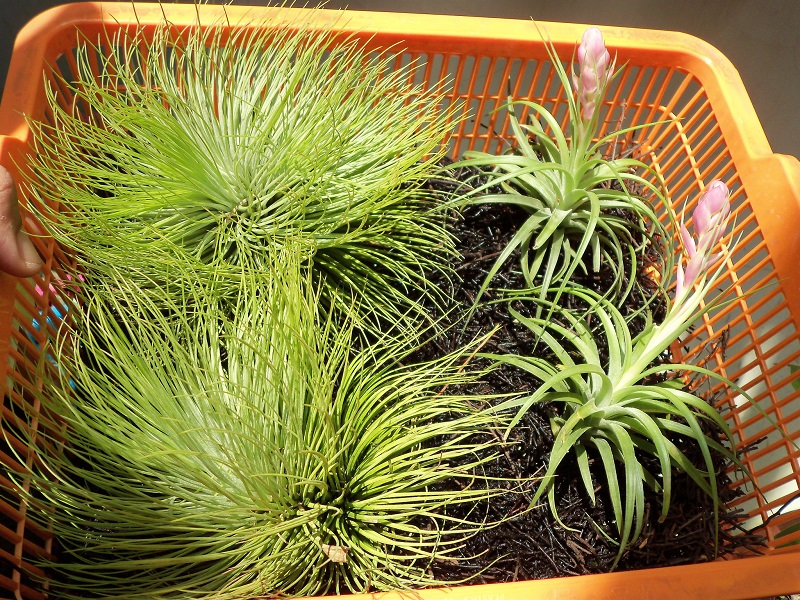 All these types require high humidity and frequent misting but the roots will rot if they get are watered too much. The rooting systems are delicate in any case. A free-draining compost is required, and a specialist bromeliad compost often proves necessary in practice. All pot-grown tillandsias are best propagated through offsets when the flower has died.

Green Tillandsias, particularly the more robust Cyanea and Lindenii, can be considered for group displays, for example, seated around a bromeliad tree supporting air plant tillandsias, but some care will be needed to ensure that all the plants in the display can tolerate a similar environment. 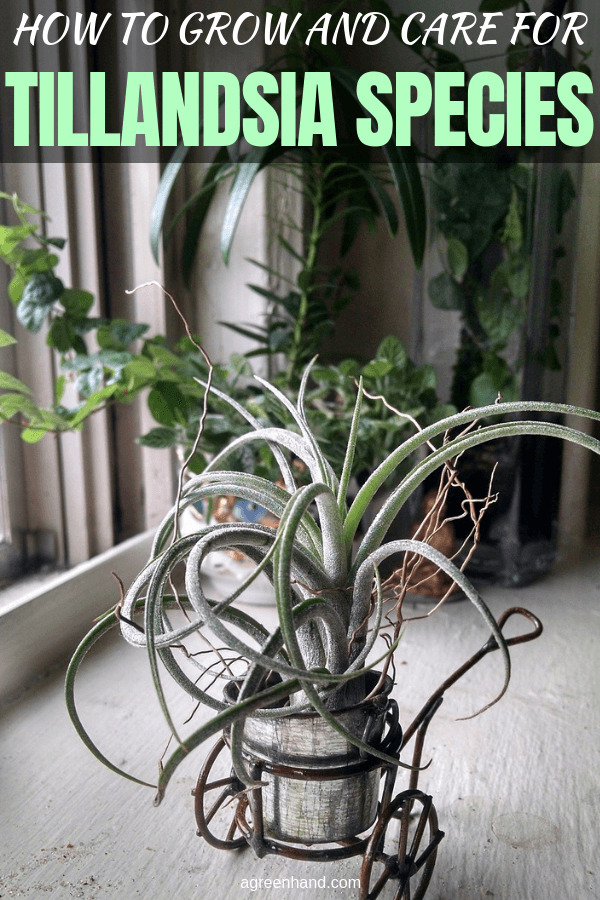