Sempervivum Varieties and How to Grow Indoors

Sempervivums are well known as a garden plant but are also attractive, low-maintenance houseplants. They lend themselves to creative displays.

Houseleeks are the common names for sempervivums. They are also known as hens and chickens, which is a reference to the rosettes that form around the base of the original plant. They are a very old form of plant in Europe, where they were historically planted on thatched roofs to help avert fire and storm damage. In many areas, belief systems existed that attached mystical qualities to the plants. 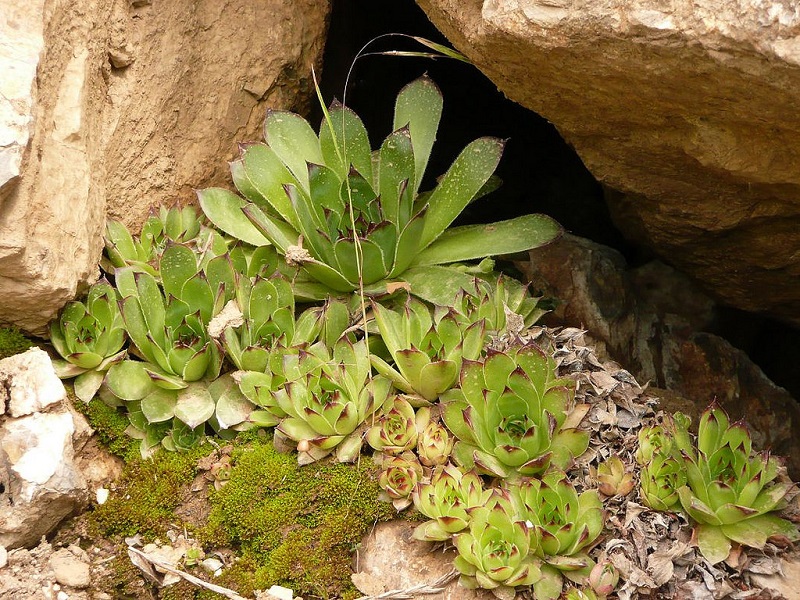 Sempervivums are very hardy succulent perennials. Even the plant’s name is a reference to “live forever,” though in practice:

Sempervivums will grow almost anywhere, can survive with almost no maintenance and thrive in sunlight. They have shallow rooting systems. Consequently, they are often grown in crevices in walls. The rosettes are very easily propagated as offsets and will actually root quickly if the stem of the offset is seated into a suitable free-draining position. 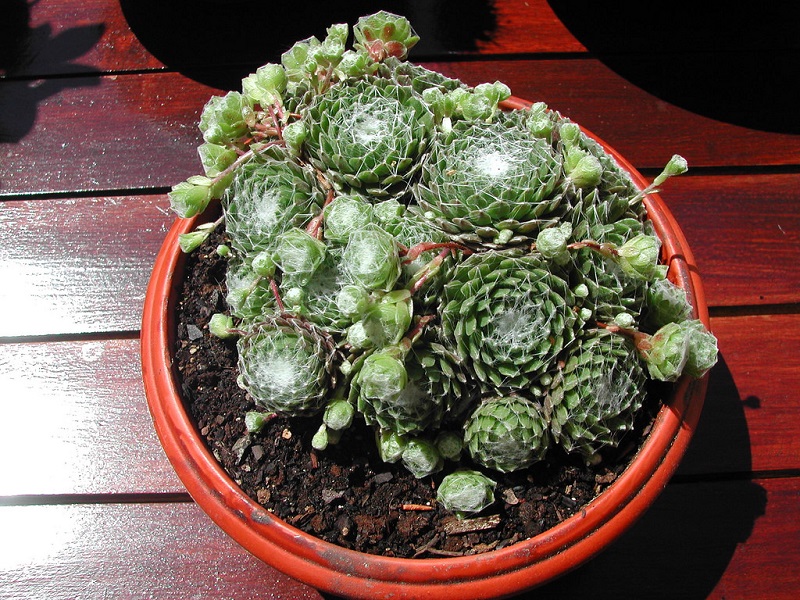 The leaves of the sempervivum are relatively thick, fleshy and usually light green, though there are hybrid variations available. Its structure is very compact and left to its own devices, it will gradually spread over an area. The two most common species are:

There are many sempervivum hybrids and other less well-known species, both old and new, which optimize the size of the plant, its leaf shape, and coloration in different ways. Most can be grown as houseplants, though some may be more suited than others. Depending on the purpose of the sempervivum as a houseplant, a little care may be required regarding the leaf size of the selected variety.

As a houseplant, the hardy nature, texture, and colors of the sempervivum enable it to be used quite creatively. For example: 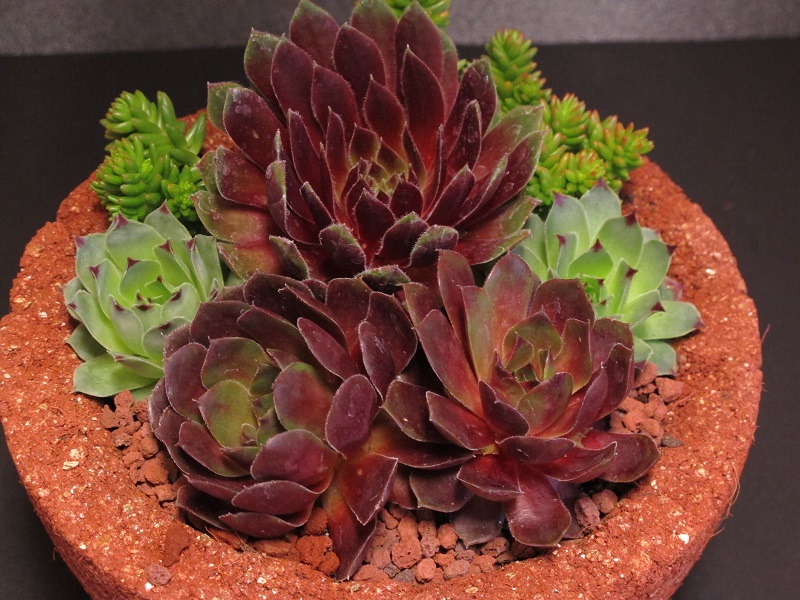 As a general rule, taking more care of sempervivums does produce better specimens, though they most definitely are a low- or easy-maintenance houseplant.

While they will grow year-round as a houseplant, resting them in the colder seasons is a useful measure. This recognizes their need for at least some winter dormancy and as long as they are not allowed to completely dry out, sempervivums will thrive indoors.

Because watering need only be sparing for most of the year, some houseplant varieties are often best given an occasional thorough dousing by plunging the pot in a bucket of water, as long as they can then drain easily afterward.

Propagating the offsets is easily done by reseating the stem in position. While the mature plant is best displayed in a sunny position, it is advisable with relocated offsets to keep them out of direct sunlight while they root themselves in a sandy or gritty light compost for the first two to three weeks.

A further testament to the survival capabilities of sempervivum houseplants is that while they are capable of attack by aphids, scale insects and red spider mite, they are a great deal more resistant to them than other houseplants. 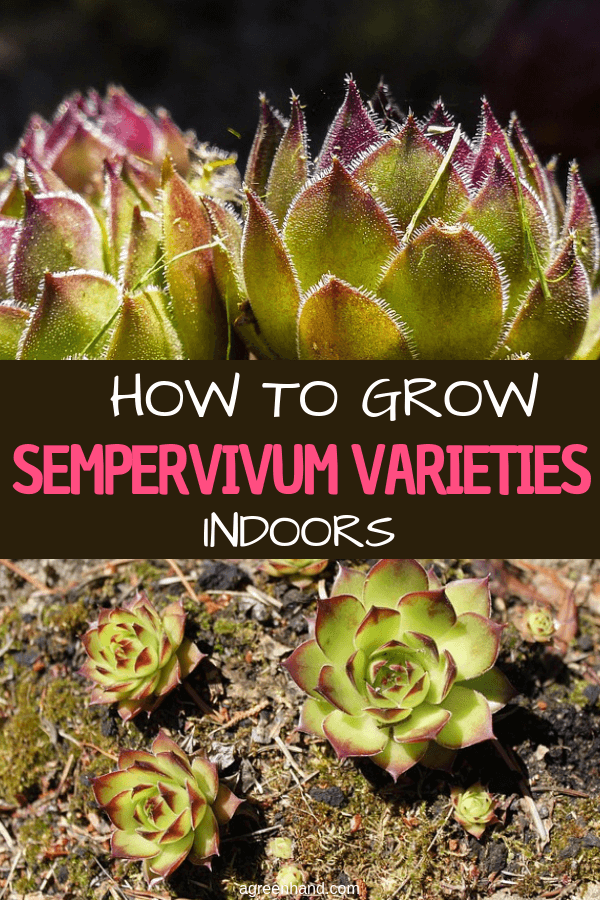