Which Is Better: To Thatch Or To Dethatch

Lawn thatch is often ignored because it is located beneath the grass. It is easily inspected by pulling back blades of grass and looking at what is on the soil. Usually one will find a layer of tan or brown-colored grass clippings. That layer is lawn thatch.

A layer of thatch less than a half-inch is normally not a problem – especially if it’s not compacted. It shades the soil and helps prevent loss of moisture. Thatch can also protect grass roots from freezing during severe winters.

What Is The Problem With Thatch

Thick, compact thatch can prevent water from reaching the soil or soak moisture up like a sponge before it reaches the soil. Wet thatch may mislead the homeowner into thinking that the lawn contains ample moisture, but the soil beneath may be dangerously dry.

Wet thatch can also provide a perfect place for the development of fungi that can kill lawns. Harmful insects are often found living in heavy layers of thatch. Heavy thatch also prevents air from penetrating the soil.

Finally, thatch can prevent grass roots from penetrating deeply into the soil where they absorb moisture and nutrients. Shallow roots are more subject to being damaged by freezing temperatures in the winter.

Thatch Is Common In Grass That Puts Out Runners

Thatch is more of a problem with running grass like centipede or St. Augustine than blade grasses. Runners tend to form mats as they grow. The runners trap debris underneath and hold it close to the soil.

Centipede is a popular southern grass requiring little maintenance. Centipede decline is often due to thatch. It often produces brown spots rather than effecting the entire lawn. 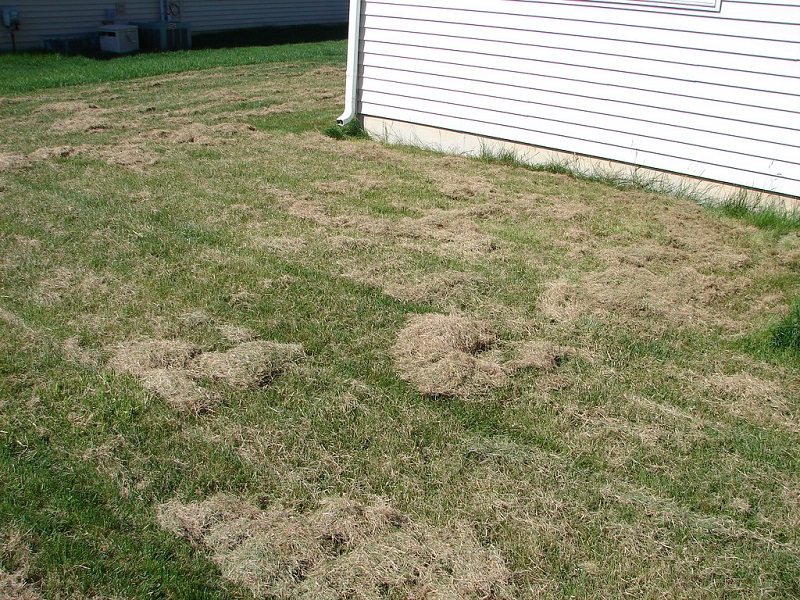 A cheap and effective method for removing thatch is the use of a dethatching rake. It has specially designed sharp tines that can penetrate the grass, thatch and into the soil.

Rakes are more suitable for small jobs, as they require sufficient effort to push the rake down while pulling it through the lawn. A back and forth raking style can reduce the effort somewhat, but the task can be tiring.

Rakes and all mechanical methods will remove some growing runners, but with watering and the reconditioned soil they will grow back quickly.

Power rakes are available at much higher costs, but they reduce the effort considerably and are better for large areas. They also tend to do a more more thorough job.

Attachments can be purchased for riding mowers. These are very effective, but costly. Another inexpensive attachment is a dethatching blade for a push mower. These are often available for ten dollars and offer the advantage of allowing the removed thatch to be bagged as it is loosened, provided a bagging attachment is used.

Finally, there are chemical treatments that can be applied to enhance the decay of thatch. Their effectiveness will vary depending on diligence and the thickness of the thatch being treated. Read instructions carefully.

Since thatch removal exposes the soil to more sun until the grass fills in small bare spots, dethatching is best done in cool weather when demands on moisture are lower.

Emergencies that call for dethatching in hot weather should be followed up with daily watering until the new grass provides shade for the exposed soil. Overseeding is advised for bare spots.

Cool weather dethatching might also be easier since grass is likely to be less well-established than in mid-summer. That reduces the strength and number of runners that a rake must be pulled through.

Read more: Dethatching Vs Aerating Lawn: What Is The Best For Your Lawn

A bagging attachment is a must for reducing thatch. Clippings can be collected and composted. High-nitrogen fertilizers promote rapid blade growth requiring more frequent mowing and thus more clippings to feed the thatch layer.

Knowing the proper formulation for lawn grasses is important. Centipede, for example requires little phosphorous or nitrogen. A good formulation of nitrogen-phosphorous-potassium for centipede is 17-0-6 applied in the spring only.

The pH of soil is important to healthy lawns. Centipede thrives in a slightly acetic soil, which unfortunately discourages the growth of microbes that help decompose thatch.

Aeration of a lawn in the spring is a good practice for loosing soil so that oxygen can penetrate. A core aerator is most effective. It removes plugs of soil, grass, and thatch, which is then deposited on the lawn. Watering reincorporates the plugs into the lawn and the thatch is redistributed and made more susceptible to decomposition.

Thatch is perhaps one of the most neglected lawn problems. It is hard to see and not always understood to be a potentially serious problem. Thatch over a half-inch thick can destroy a lawn by depriving the soil of nutrients and moisture. Fortunately, there are various effective methods to get rid of it. 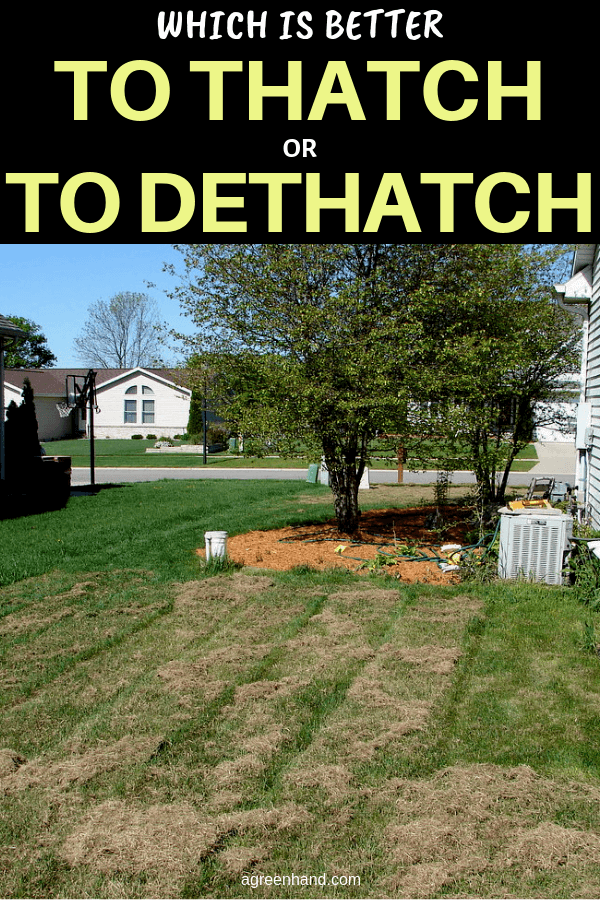