Dethatching Vs Aerating Lawn: What Is The Best For Your Lawn

We’re going to talk about the differences between the two: dethatching and aerating. Each one has its specific application that we want to clarify some of the misconceptions that may exist out there.

The first thing that we’re going to talk about is core aeration or plugging your lawn. So what you’re going to do is to have a machine that will literally pierce your lawn and pull a plug out of your lawn. And then leave that lay on top of the lung. The benefit to do in core aeration is the fact that it loosens up the soil. 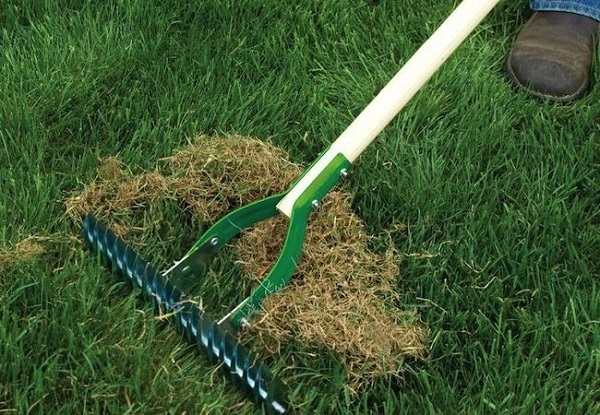 What it does is loosening up all the soil that allows the roots to expand. It also allows the soil to breathe more, which make your grass and your vegetation to come in thicker and fuller than before.

There’s a lot of different kinds of core aeration out there but I’m going to recommend always using the kinds that will physically put a steel tube into the ground.

Pull out a plug and then leave that behind. Sometimes some people like to remove that plug. I personally like to leave it  in place because that plug will break up and then it also add back into the soil content you have walk out.

Walk behind career readers you have ride-on core aerators. In this post, you’re going to see us using a walk behind simply because there was a gate involved in the yard, we couldn’t gain access to the backyard and any bigger piece of equipment. So power raking or dethatching has a similar purpose to core aeration but it isn’t meant to do the same thing core aeration focuses on loosening compacted soil.

Power raking actually removes the dead layer of material that tends to settle on top of the sub so I want you to think of it like this. You have your  subsoil, you have your grass growing up, then you have a small layer of dead material that’s suffocating the grass and really reaching its maximum potential. What power raking does or dethatching as it takes and physically rips that dead material out of there now.

It is loosening the soil at the same time but not to the extent that core aeration does. But it removes that dead layer of matter and then it leaves it lay on top so you have to remove the dead material when you’re doing power raking or dethatching. Otherwise, it will settle back in and defeat the purpose of ever doing it in the first place.

Prior to dethatching, please remember to mow the grass to eliminate all the weeds and some dead material. You can do it easily in just a few minutes with one of the Top Rated Corded Electric Lawn Mowers. I myself am using a Greenworks 20-inch and find it really helpful for the lawn. 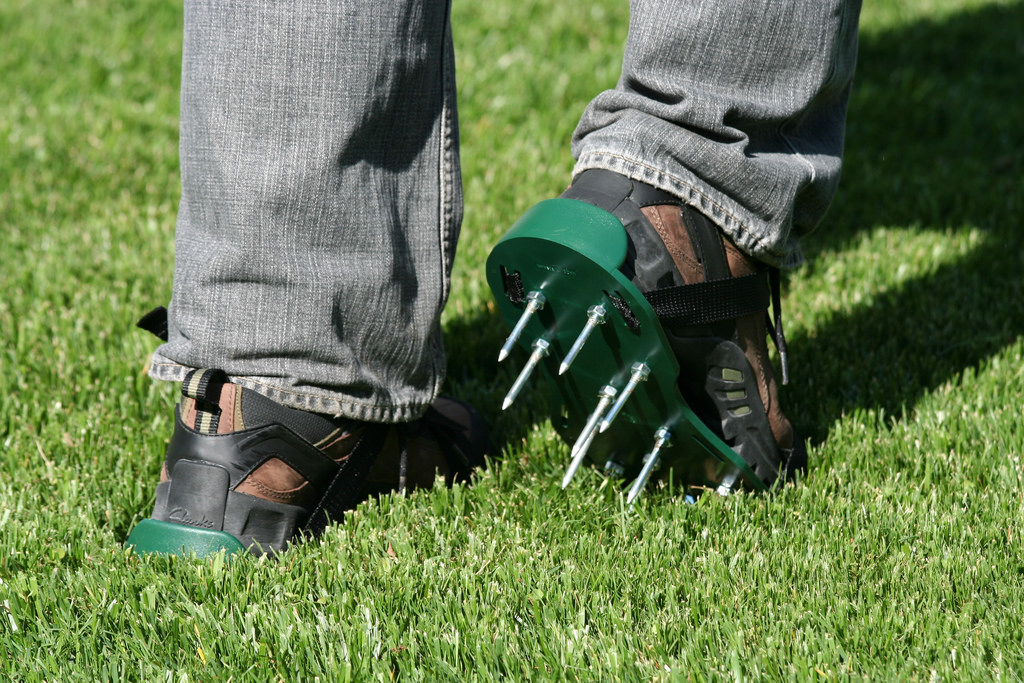 So that is the subtle difference. Each one has its place courrier ation has its time and place when you have heavily compacted soils, high-traffic areas, power raking and dethatching that should be done maybe once a year to make sure that you remove that material that builds up in your lawn that keeps it from reaching its  maximum potential.

So now you know what you’re doing, you have experienced this and I would love to hear from you. So please share your experience in the comments down below. 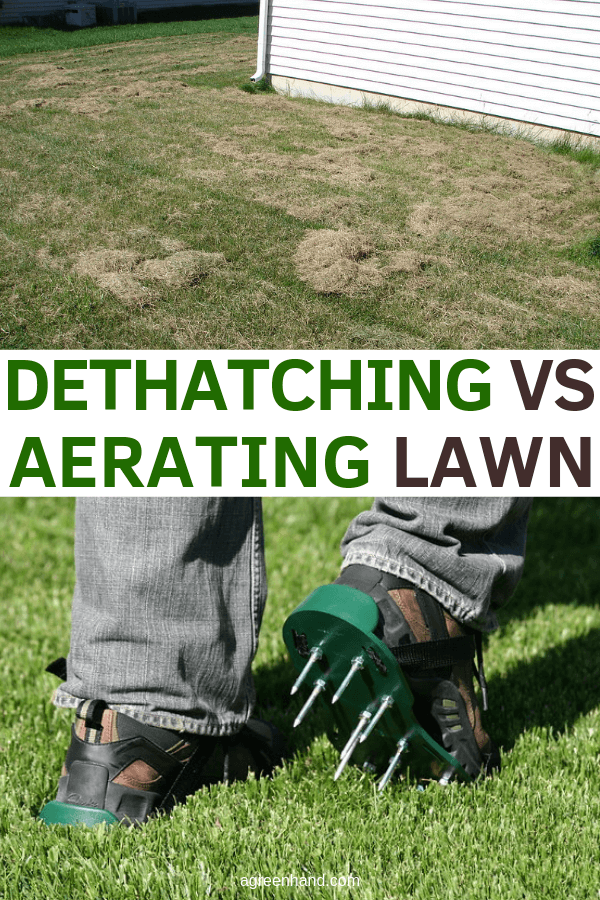