How To Control Cabbage Maggots In The Organic Garden

The cabbage maggot isn’t aptly named, because it affects many of the cruciferous vegetables organic gardeners grow as favorites in the vegetable garden. In addition to attacking the roots of several cole crops and mustard crops, it will also feed on beets and even celery.

According to the University of Minnesota, the cabbage maggot was introduced to the United States in the 1800s from Europe. Apparently, the conditions were favorable, as now the pest is found throughout North America. Several organic controls can keep these larvae from ruining the harvest. 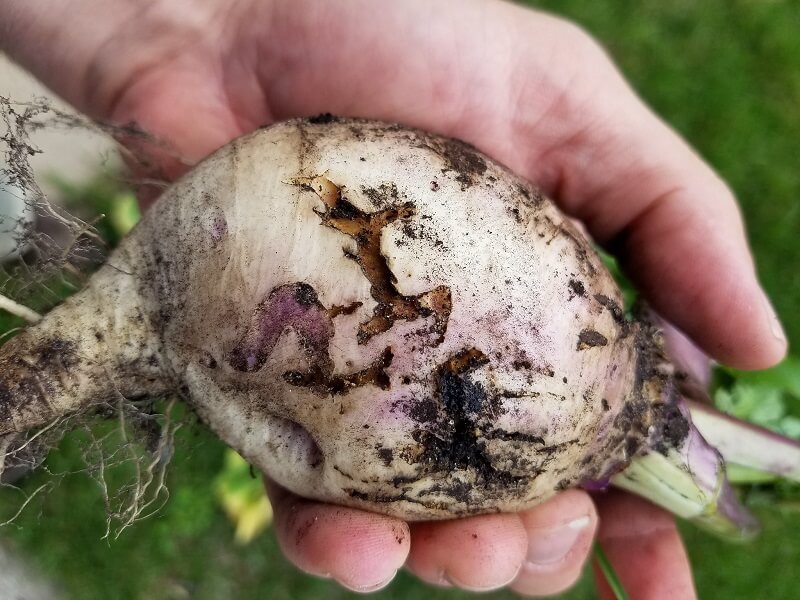 Cabbage maggots begin their cycle of destruction in the early spring, when small grey flies emerge from an inch beneath the soil and begin laying eggs. In less than a week, quarter-inch yellowish maggots hatch and begin feeding on their host plants.

As a soil-dwelling pest, cabbage maggots cause all of their damage to the root system of susceptible vegetables. The maggots will tunnel through the root system of plants, leaving slimy trails that invite damaging fungi to invade and weaken the plants further. 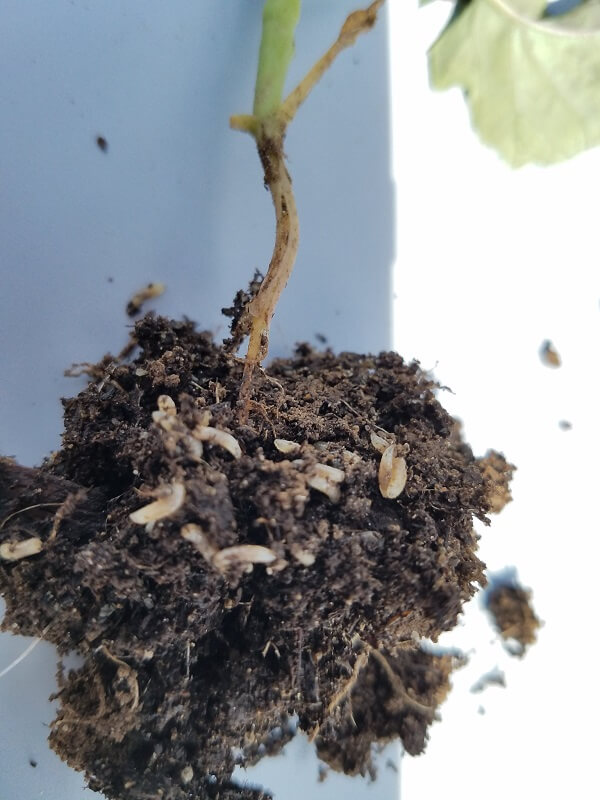 Although one of the most appealing attributes of cole and mustard crops is their ability to thrive in cool, wet soils, the gardener can thwart the first generation of cabbage maggots by waiting until late spring to plant transplants of broccoli, cauliflower, and other maggot fodder. The cabbage maggot fly is most active in the early spring, so a delayed planting can force early emerging flies to find nourishment in someone else’s garden.

The cool, moist conditions that cabbage maggots thrive in also provides the perfect habitat for Steinernema feltiae, a species of beneficial nematode that travels through the soil, parasitizing cabbage maggots and other garden pests.

Gardeners can order these microscopic worms embedded in a sponge or mixed in an inert clay substance, which activates when the gardener adds the sponge or powder to a watering can or pump sprayer.

Trap cropping is the planting of a crop the gardener is willing to sacrifice in order to harvest the primary crop. In the case of the cabbage maggot, gardeners can plant the fast maturing radish between rows of cabbages or other cole crops. The gardener must harvest the radishes early and burn them to prevent the trap from becoming the nursery for the second generation of pests. 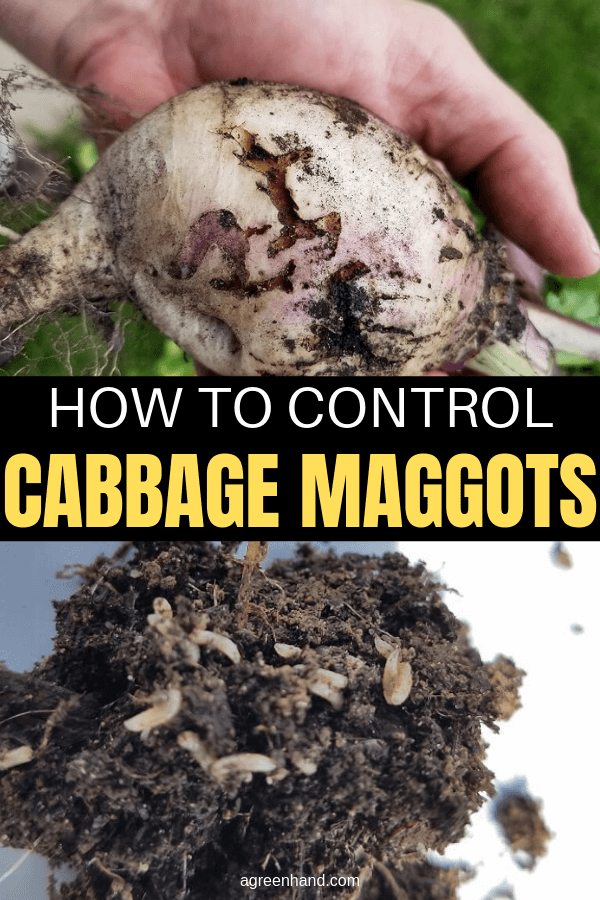