During winter and in regions with cold weather all year round, it’s essential to have a snow blower. After all, you can only bend your back and dig out snow with a shovel before your body starts to ache. With the best single stage snow blower, you’ll clear out snow with minimum effort.

​Purpose And Limitations Of A Single Stage Snow Blower

A single stage snow blower is meant for relatively light snow cleanups. These include clearing standard-sized sidewalks, driveways, and walkways if the snowfall is moderate at most. In particular, this snow blower works best if there’s eight inches or less of snow. 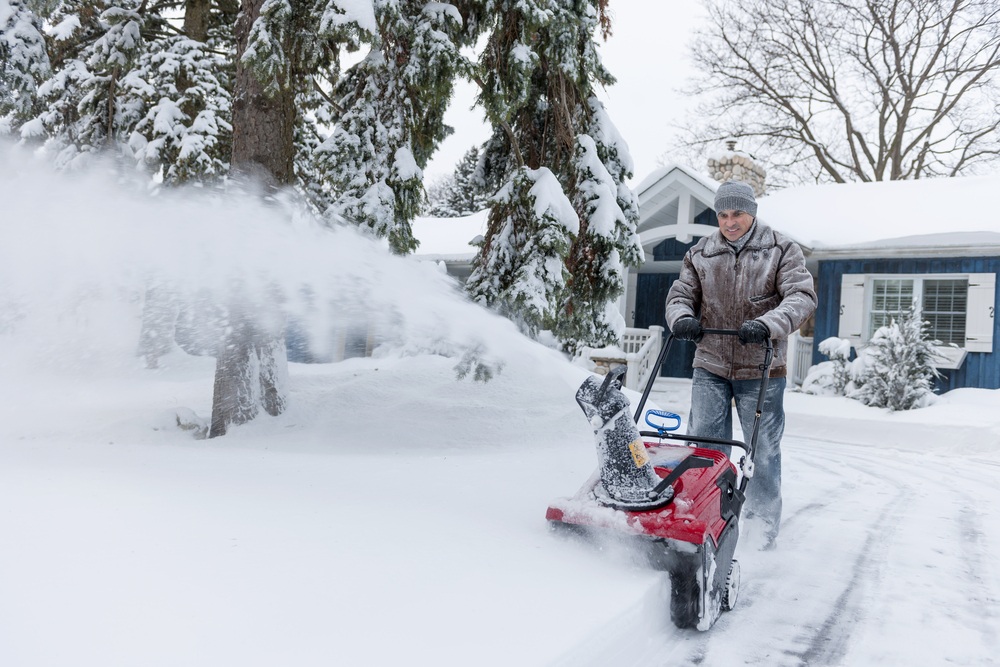 ​Since they are meant for the aforementioned tasks, single stage snow blowers feature easy maneuverability. The controls are so basic that even a first time user would understand without little effort.

​Other characteristics include a compact design for quick storage and being lighter weight. This lightness helps it get rid of light to moderate snowfall faster than a two stage snow blower, which is for slopes and bigger areas.

​This snow blower accomplishes its tasks by activating its auger, which is the blades located at the front of the machine. These rubber blades work with the engine to drive the snow straight into the snow blower chute with one motion. Once enough snow has been gathered, the snow inside can be quickly disposed of.

​However, unlike the auger of a two stage snow blower, the blades of a single stage variant come in direct contact with the surface. Thus, you should only use it to clear snow on a paved area. Otherwise, the blades could immediately lose its shape and overall effectiveness.

Now that we’ve clarified what a single stage snow blower should be used for, let’s take a look at the three types: entry level, mid-grade, and professional level snow blowers.

​For homeowners with a small driveway, this is the suitable snow blower for them. An entry-level variant is the most affordable among the three types due to their lightweight engines and simplicity in function. If you will only clear light levels of snow a few times per year, this is good enough.

​If you’re willing to spend a bit more, the mid-level single stage snow blower would do the job with more power and speed. The engines in this level perform better, and you don’t have to manually operate the chute unlike in the entry-level variants.

​This is the single stage snow blower used by contractors. Such machine is typically being used for clearing sidewalks of snow. A commercial-grade blower is characterized by the inclusion of rugged yet light frames to carry it over the back of a truck. Furthermore, it has extremely durable drive belts and paddles.

Aside from the main functions and types of single stage snow blowers, you should also be aware of what to look for in this machine.

​A chute can differ in terms of how it removes snow and how it’s operated. There are two general types: manual chutes and automatic chutes.

​If you want an affordable snow blower, the manual chute model will be cheaper than automatic chute type. The initial has significantly fewer mechanical parts moving around during operations. Thus, it needs a less powerful engine, which contributes to the relative lighter weight.

​On the other hand, an automatic chute offers more convenience for a higher price, an increased risk of machine breakdown, and some added weight. Instead of constantly bending over to manually grab the crank handle, you just have to touch buttons to change the directions of the automated chute. Even better, the buttons are located on the handlebars.

​A single stage snow blower can be powered by either of two engine types: gas-powered engines or electric engines. Your preference will be affected by several factors including the power, the climate at your residence, and your concern for the environment.

This variant from Snow Joe iON is the company’s first cordless single stage snow blower. This cord-free characteristic can solve the tangled cords problem for you. Instead of gas and oil, the Snow Joe iON18SB snow blower uses a 40-volt lithium-ion battery system, which is environmental friendly.

The battery engine is formally known as the EcoSharp technology. For those who want their snow blowers to continuously work for nearly an hour without carbon emissions, this battery system is a plus.

​Furthermore, the auger of the Snow Joe iON18SB is made of tough steel and has two rubber blades. Only push a single button, the auger will move. Upon activation, the snow blower will attempt to clear snow on a path as wide as 18 inches and as deep as eight inches.

​Ideally, the machine should be able to move nearly 500 pounds of snow every minute. Despite this commendable power, your payment doesn’t have to be damaged during operations with the inclusion of a rubber scraper bar.

This single stage snow blower from Troy-Bilt has an adjustable handle for added flexibility. There’s also an ergonomic grip to make handling easier. Any problems with the machine parts within two-year can be solved with the warranty.

​This Troy-Bilt snow blower clears paths up to 21 inches wide and 13 inches deep. Powering this is a 4-cycle gas-powered engine that’s complemented by drift cutters. With the polymer chute, it works well in low temperatures. In addition, the chute can rotate for as much as 190 degrees.

Perhaps the biggest selling point of this machine from Poulan Pro is its 136cc engine capable of producing 7.11 foot-pounds of torque. Aside from sidewalks and walkways, a 4-meter wide driveway could be cleared with this single stage snow blower.

​Likewise, your pavement won’t get damaged during operations with the help of a ground scraper. Even if the engine starts getting wonky, there’s a four-year warranty in the long run.

​The controls are large for added visibility and they work well even if you were wearing work gloves. Once the Poulan Pro 961820015 is turned on, the auger gathers the snow in its path and directs it toward the chute. The 4-ply auger blades made of rubber seem to be thick and sturdy enough to last for years.

This snow blower features an electric start so you don’t have to keep manually pulling anything to get things going. The starter system of the Husqvarna 961830003 works by plugging the machine into a power outlet. After this, press the button to activate the engine. With the electric machine start, you would not worry about a dead battery.

​As for the chute rotator, it manually operated instead of being managed with a remote control. If you want to build some muscle, this won’t be a problem.

​The Husqvarna single stage snow blower uses a 208cc engine to power the rubber auger through pavements. It moves well due to the eight-inch wheels. It’s comfortable to transport around because of the ergonomic handle and bail arm.

This snow blower has a 208cc engine capable of producing 9.5 foot-pounds of torque. With this power, Briggs & Stratton designated the snow-clearing path to be 22 inches wide and 12.5 inches in height. To withstand constant use, the auger is made of polymer.

​Starting this machine is quick regardless of the intensity of the cold weather with only a push of a button. Once everything is up and running, the snow would be gathered with a maximum throwing distance of about 30 feet and led into the rotatable chute. For any issues with the parts, Briggs & Stratton has included a three-year limited warranty.

Also, using this snow blower does not harm the environment beacuse of the lithium-ion battery system or EcoSharp technology.

​Even if it doesn’t rely on a gas-powered engine like the Briggs & Stratton 1696509 and the Troy-Bilt 2100 208cc Single-Stage Snow Thrower, it can readily clear snow paths 18 inches wide and 8 inches deep. It’s also operates quietly using an automatic and rotatable chute without sacrificing performance. The fact that the Snow Joe iON18SB has its own LED headlights for clearing snow at night is a bonus. 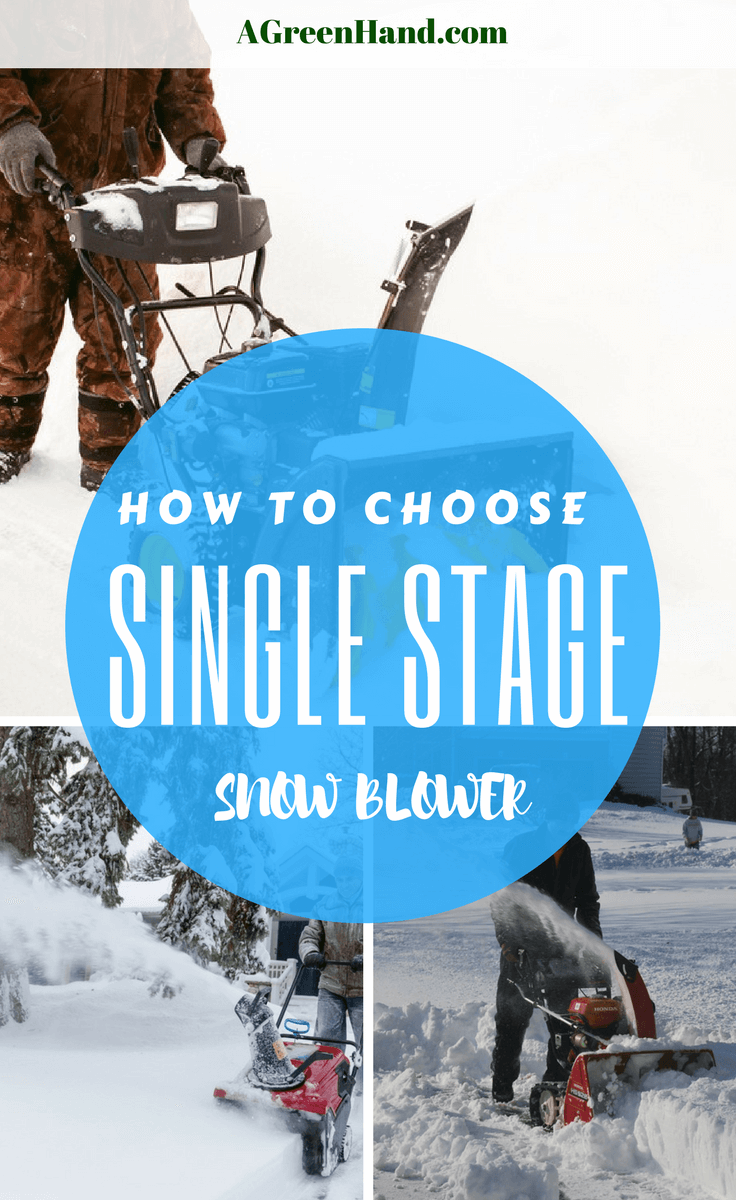 A Quick Guide In Selecting The Best Two Stage Snow Blowers
Comparison Of Best Roof Rakes For Snow Removal
How To Choose The Best ATV Snow Plow – 2021 Edition
Best Electric Snow Blower Reviews 2021
Snow Thrower Vs Snowblower: How Are They Different?
Step By Step Guide On How To Drain Gas From Snowblower