How To Care For Tillandsia

Air plants (Tillandsia) are said to be among the simplest indoor plants to care for. For starters, they don’t even require soil, as they absorb water and nutrients through scales on their leaves. In the wild, they survive by clinging to tree bark and other such structures, gathering whatever rain and bird feces they can. However, some individuals have problems keeping them alive, exactly as succulents and orchids.

What Are Air Plants? 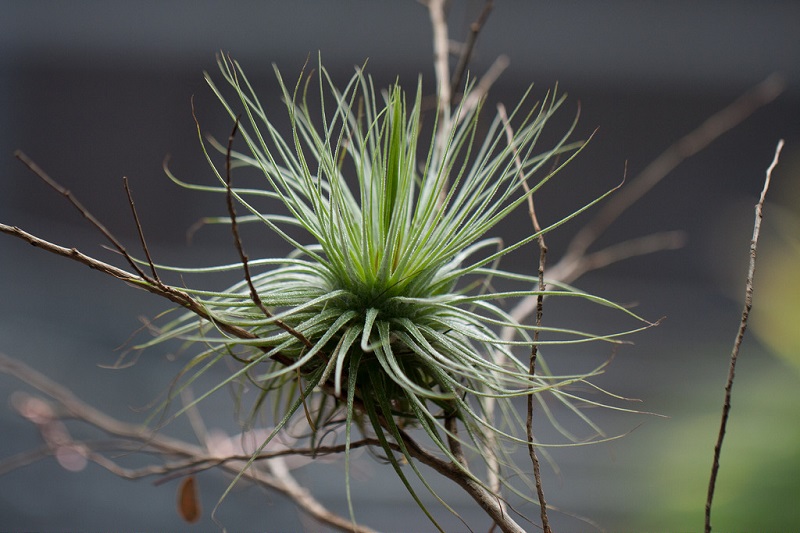 Plant scientists have given the name Tillandsia to air plants, sometimes known as Air Ferns or Tillys. Bromeliaceae is a family of evergreen perennial flowering plants that has 730 species. Air plants may grow in a variety of environments, from forests and mountains to deserts and swamplands. Tillandsia plants are remarkable in that their roots can attach themselves to other things, primarily trees. As a result, botanists refer to this plant as an epiphyte. Air Plants aren’t parasitic and don’t need dirt to survive. Trichomes – structures in their leaves – help them store water and nutrients. Microorganisms, decomposing organic materials, and dust are all sources of nutrition. Because the roots are not required for plant development, they are usually removed to improve the look of the plant.

Don’t be put off by the lack of dirt. Air plants are simple to care for once you understand their requirements. They don’t require potting, but they do require a specific quantity of water and light, as well as the proper temperatures, just like any other houseplant. When an air plant sends up blooms, you know it’s getting everything it needs. Simply clip the blossom off as it dries out, and your air plant will continue to develop and eventually produce additional flowers.

Air plants don’t have roots like other plants; instead, they have a few short ones that assist them stay attached to whatever surface they’re on. Air plants require high humidity and abundant rainfall in their natural environments in the Southern United States, Mexico, Central and South America. You’ll need to water your air plants once a week in your house (some varieties can go two weeks without being watered). Keep an eye on them to check whether your plants appear to be thirsty. To water them, fill a sink or a small jar halfway with water and immerse your plants. Allow them to soak for approximately half an hour, then gently shake them to remove any remaining water before putting them upside down on a towel to drain. Return them to their assigned area once they have dried. You may also spray them every other day in between baths to keep them looking new, especially during the winter when our homes’ humidity levels are lower.

Keep your air plants out of direct sunlight as a general rule. Many air plant species prefer to grow up under the sheltering, gloomy canopy of trees in the natural. If you can place them in a brilliantly lighted area away from the sun’s rays, they will thrive. T. cyanea and T. lindenii, for example, may tolerate some dappled shade or less strong morning sunshine.

Air plants prefer warm temperatures, so keep an eye on the other end of the thermometer. Keep your plants away from temperatures below 45 degrees Fahrenheit; they will perish. You can grow an air plant outside all year if you reside in Zone 9 or warmer and keep it dry throughout the winter. 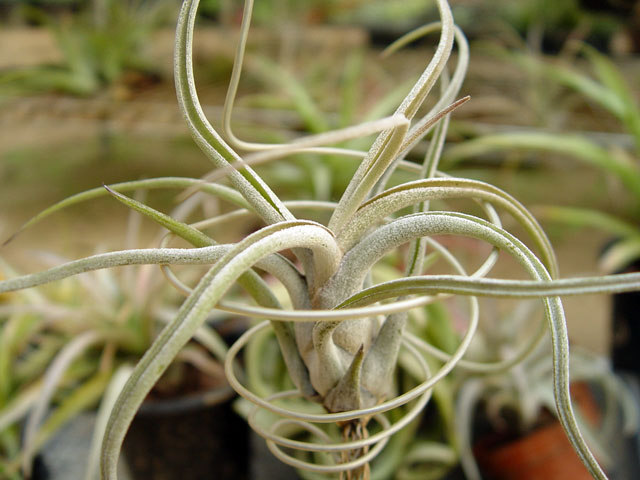 Air plants look fantastic on their own or in groups, where you can mix and match different species. They may be used in terrariums or fastened to anything from magnets to driftwood to make your own unique displays; simply fix them with a dab of hot glue or translucent fishing line. Tillandsia species are also good companions for orchids on a branch since they like similar circumstances. Glass or acrylic globes designed particularly for hanging are also available. Use a container that compliments or contrasts with the colors of vivid leaves, such as Tillandsia aeranthos ‘Amethyst,’ commonly known as the rose air plant. Air plants may be presented in almost any way you can imagine because they don’t require soil to flourish. Use them to make an air plant wreath, a hanging mobile, or even a beach-themed terrarium based on their octopus-like appearance. These plants can offer interesting, unusual foliage to just about any place with little work on your side.

How Often Do You Water A Tillandsia?

Your plants should be watered once a week, but for best results, water them twice a week. Every 2-3 weeks, a 2-hour bath is advised. If you live in a drier, hotter environment, you’ll need to water or spray your plants more frequently.

Direct or full light is not good for most air plants. Air plants are excellent office plants since they demand indirect light, which they may obtain either through a window or artificially with full spectrum fluorescent lights.

How Long Do You Soak Tillandsia?

You may use anything that allows you to totally submerge the air plants, such as a bowl, bucket, or your sink. Soak them for 30-60 minutes at least once a week, and every other week if you live in a dry area, give them a lengthier soak for an hour or more.

Where Do You Put Air Plants?

You may put them in unusual places because they don’t require dirt. One can be placed in a shallow bowl or vase filled with pebbles or sand, one can be placed in a little container with a magnet and placed on the fridge, or one can be tied to driftwood using a translucent fishing line. Do not confine them to a terrarium.

What Is The Lifespan Of An Air Plant?

Air plants have a lifetime of 2 to 5 years. Perennials, or plants that exist for more than two years, are air plants. The Tillandsia species and growing circumstances will have an impact on their life expectancy (environment, light, temperature, etc).

Can Air Plants Go In Soil?

In soil, an air plant will not grow. Tillandsias are epiphytes, which means they grow on other plants in nature rather than rooted in the ground. They cling to tree trunks, for example.

How Do I Get My Tillandsia To Bloom?

Plant your tillandsia under the shade of a deciduous tree, a north-facing window, or similar location with 50% shade. Blooming is aided by filtered light. If you don’t notice any flowers, relocate the tillandsia to a brighter location, as lack of sunshine might prevent it from blooming.

How Fast Does Tillandsia Xerographica Grow?

Keep in mind that the seedling may take up to eight years to mature into a full-grown plant. About six months to two years after its first bloom, the king of air plants produces a pup.

How Do You Make Tillandsia Grow Faster?

If you want to give your plants a boost, fertilize them once a month in addition to watering them regularly. This will stimulate quicker growth, flowering, and pup production. Check out and buy our specially designed Tillandsia fertilizer to boost the development of your air plant!

How Do You Separate Tillandsia Puppies?

Once the puppies have grown to about a fourth of the size of their mother plant, you’ll need to separate them. Carefully lay the mother plant on its side and cut away the puppies with a sharp kitchen knife or a good pair of garden sheers. After you’ve finished this procedure, you’ll be ready to start your own air plant farm!

How Long Do Tillandsia Xerographica Live?

The Tillandsia Xerographica [zero-grafika] is a wonderfully magnificent plant. It has thick, silvery-white leaves that curl beautifully depending on the humidity level in the surroundings. It may thrive for up to 20 years and reach a diameter of three feet before producing a big orange bloom spike.