For light snowfall and relatively small paths to clear, a single-stage snow blower should be enough. However, this type of snow blower won’t be enough if you have to clear heavy snowfall in your sizable driveways and walkways.

​Thus, you’d have to pick the more formidable types of snow blower – but which one should you get? To help you make the right decision, we’ve created this simple guide detailing the difference between a 2 stage vs 3 stage snow blower.

This type is referred to as the 2 stage snow blower because its snow clearing operation is done in two stages using a durable serrated auger and an impeller. Stage one involves the gathering and breaking down of snow and ice into smaller pieces before they are led to an impeller. Stage two is when the snow and ice are thrown above at a distance reaching as far as 50 feet through the discharge chute.

​Despite its hefty snow collecting and throwing prowess, a 2 stage snow blower can still be controlled with one hand. You can also rotate the chute even if the machine is already moving around one’s property. Ideally, this saves you time since you no longer have to stop it for chute adjustments.

​Moreover, a 2 stage snow blower usually has a self-propelling feature that allows it to automatically move around steep pathways with the help of tracks or tires. To keep the owner warm despite the cold weather, hand warmers are typically installed on the handle.

Even though this is the most advanced type of snow blower, it had its beginnings way back in the 1970s. One manufacturer known as the American Machine and Foundry designed 3 stage snow blowers having a disk auger. On the other hand, the Craftsman Company used a bar instead of a disk auger.

​A third manufacturer, Lambert, installed an auger above the snow-clearing bucket while Lombard focused on double auger systems. More than four decades later, we now refer to them as vintage 3 stage snow blowers.

​With such a high-velocity third auger, all of the snow and ice gathered by the dual collection augers are churned and reduced to tiny pieces in no time. Once the snow reaches the impeller, they are quickly thrown as far as 50 feet away.

Read more: How To Drain Gas From Snowblower​

​Differences Between The Two Types: 2 Stage Vs 3 Stage Snow Blower 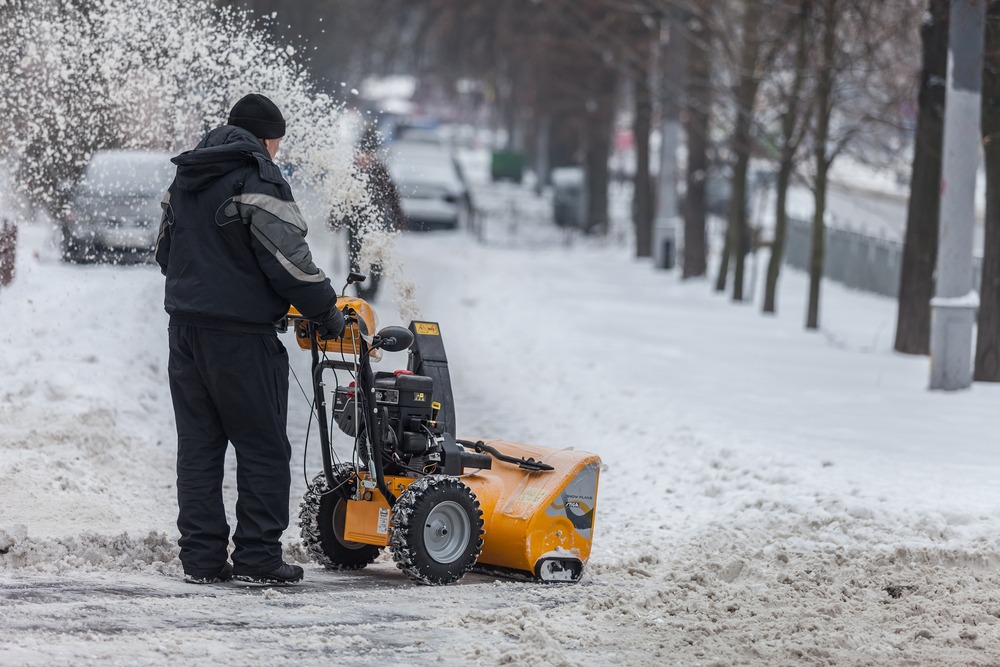 The 3 stage snow blower basically works the same way as the 2 stage snow blower, but they do it with more speed and horsepower. Both of them make use of collection augers and an impeller for throwing the snow away up to 50 feet away, but only the 3 stage variant has an accelerator.

​With the accelerator, the 3 stage snow blower gathers snow 50 percent faster than a 2 stage model. Even when it has to clear huge snow drifts, it does not have to slow down unlike 2 stage and single-stage snow blowers. In addition, it leaves cleaner paths as even the remaining snow are immediately taken into the impeller chute. As such, it is superior in terms of snow clearing efficiency.

​In conclusion, a 2 stage snow blower and a 3 stage snow blower have similarities in terms of snow throwing distance, a self-propelling system, and the use of collection augers and impellers. The significant difference lies in how the 3 stage type uses an accelerator to do heavy-duty snow clearing with ease. While this type is indeed more powerful, it requires professional maintenance and needs to be handled with extra care.

We hope that you learned a lot from our snow blower guide. If you have any queries, feel free to give us a comment. Feel free to check our rating of wet snow snowblowers as an additional information source 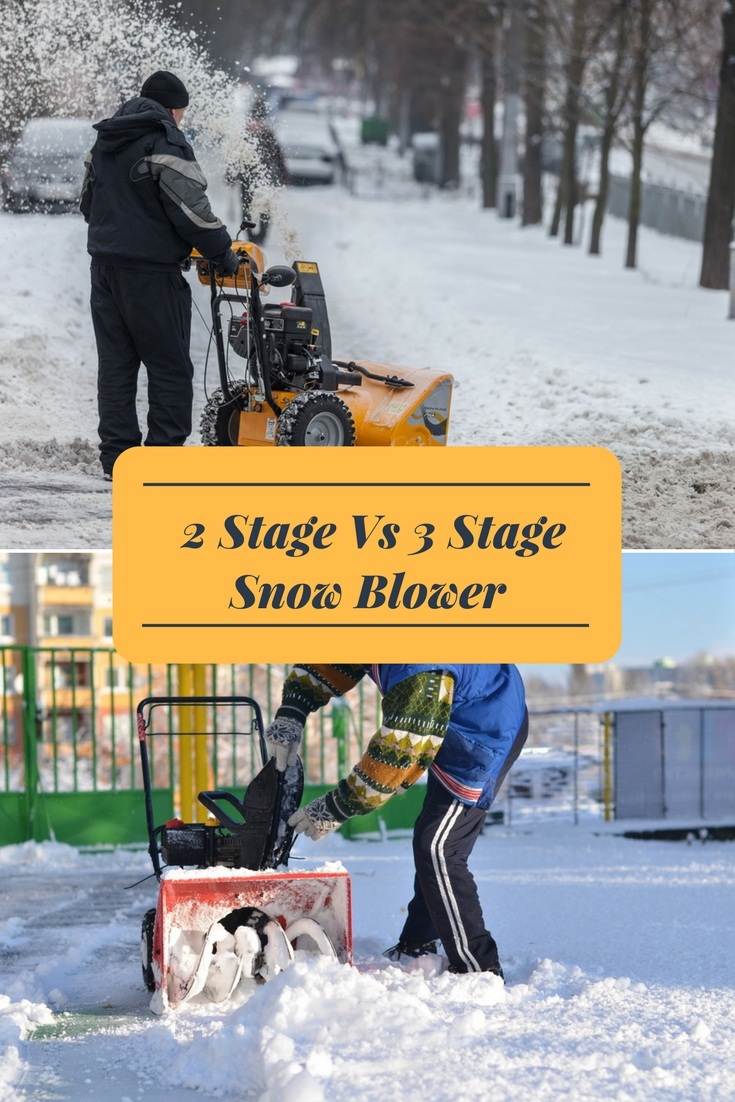 A Quick Guide In Selecting The Best Two Stage Snow Blowers
Comparison Of Best Roof Rakes For Snow Removal
How To Choose The Best ATV Snow Plow – 2023 Edition
Best Electric Snow Blower Reviews 2023
Snow Thrower Vs Snowblower: How Are They Different?
Step By Step Guide On How To Drain Gas From Snowblower