What to Do When Your Squash Stop Producing

Summer squash and zucchini are excellent for salads, dips, and cooked dishes since they come in a variety of forms, hues, and flavors. They are well recognized for their simple and abundant yield. What then possibly prevent the squash from properly developing?

Several problems, including insufficient hydration, poor soil, or intrusive pests like squash bugs, cucumber beetles, and/or vine borers, may be to blame for failing summer squash plants. To rule it out, look for insect damage on stems and leaves. Make sure your plants are in a location where they will receive eight hours of sunlight every day and that you haven’t used a fertilizer with a high nitrogen content that would encourage the growth of leaves over the development of flowers and fruit. 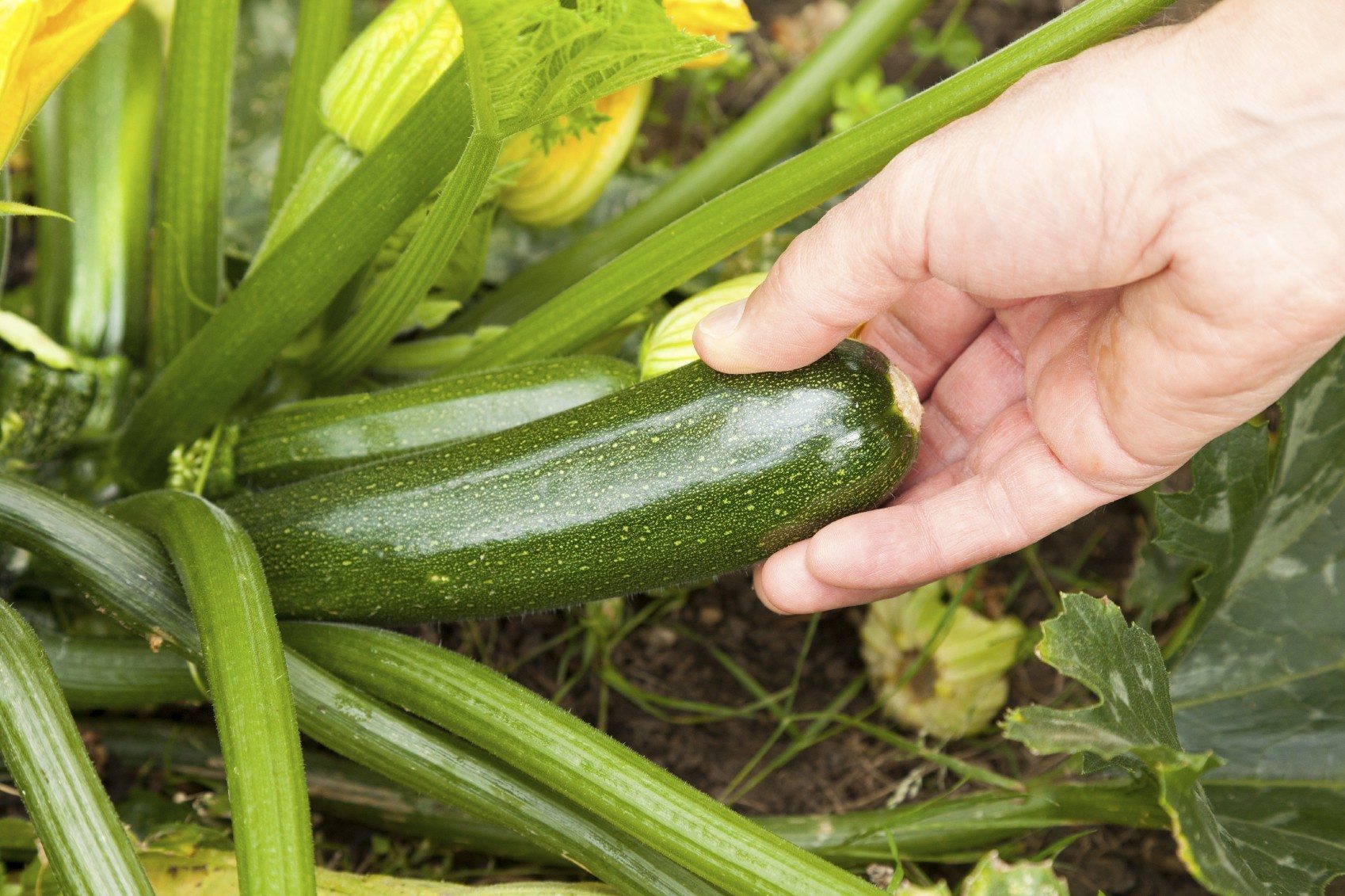 However, occasionally you could have plants that are completely healthy and show no symptoms of danger. It is possible that female flowers are not being pollinated when plants are flourishing but no fruit is being produced. Insects like bees are required by summer squash in order to transfer pollen from the male blooms to the female blossoms. Your plant won’t produce enough fruit if there aren’t enough pollinators or if they can’t find it. Although some fruit may set, it will likely be tiny or malformed, and it won’t grow to a size or quality suitable for harvest.

You may pollinate your summer squash or zucchini if your garden doesn’t have enough buzzing bees to assist your plants grow. Transfer the pollen from the male flower to the female blossom using a cotton swab or a tiny paintbrush. It’s not too difficult to tell the two blooms apart. While female flowers will have a bulge right below the flower petals, male flowers will have longer, straight stems.

Once you’ve located the two blooms and transferred the pollen effectively, your female flowers ought to start producing wholesome, delectable vegetables for you to pick. Planning companion plantings of eye-catching decorative flowers and other characteristics that will lure pollinating insects to your vegetable patch should be done while these are growing.

The ideal soil and air conditions for summer squash seed germination are over 60 degrees Fahrenheit. The seeds may germinate slowly, if at all, if sown too early. Emerging seedlings frequently have stunted or delayed growth. Young plants might be killed or shocked by unexpected late spring frosts. Wait as least two weeks after the last anticipated frost before planting summer squash seeds outside. For moderate coastal places, late April is generally ideal. If cold weather is expected, cover them with floating row covers or plastic cloches. In peat pots, summer squash may also be started indoors. They should be transplanted while they are young since they don’t react well to the procedure. Older plants frequently have hardened off and won’t thrive after being transplanted.

Summer squashes require highly precise growth conditions, much like the majority of vegetables. The likelihood that the plants will decline or possibly cease developing increases if these conditions are not satisfied. Summer squashes require six to eight hours of direct sunlight every day. They require a rich, drained soil that has been improved with manure or compost. Before planting, the soil can be amended with commercial 5-10-10 fertilizer at a rate of 1 pound per 100 feet of garden space. Once the plants begin to bloom, give them a little fertilizer every four weeks using a high-nitrogen fertilizer, such blood meal, at a rate of 1/2 cup per 25 square feet of garden space. For summer squash to grow successfully, the soil must be regularly wet but not saturated. Water at least once a week or as necessary to maintain 1 inch of wet soil.

Poor growth can also be attributed to diseases. Usually, you may clearly observe signs of anguish in such situations. A fungal illness called powdery mildew results in a white growth on plants. The end of the summer is when it is most common when it is hot outside. Severe occurrences might result in the plants’ death or stunted development. Removing diseased plants and spacing crops to allow air to freely flow. While uncommon, other ailments that afflict squash plants include verticillium wilt, root rot, damping off, and fusarium crown root and rot. These diseases include signs like spotted, yellowed, or dropping leaves or wilting and are virtually always lethal. Next year, rotate your crops and remove the plants.

Sometimes squash that doesn’t develop is due to insects. Additionally, you can see wilting or broken foliage. The most frequent insects to plague summer squash are squash bugs. They make the plants wilt and finally die by sucking the fluids from the leaves and stems. In the spring, look for the white eggs nearby on logs or rubbish, under the leaves, and kill them. Adult bugs should be thrown into a bucket of soapy water. Overwintering bugs can be eliminated by tillage in the spring. In addition, aphids, army worms, and wire worms can all harm your property. Insecticidal oil or a constant stream of water sprayed to thoroughly cover the tops and bottoms of the leaves might be used to control aphid infestations. Bacillus thuringiensis (Bt), a soil-borne bacterium that paralyzes the worms’ intestines, may be used to control the majority of worms. To coat the leaves, mist them with a Bt commercial preparation. The bugs will perish in a few days.

When plants appear to be in good health yet don’t bear fruit, inadequate pollination is most likely the blame. Bees pollinate the male and female blossoms that summer squash produces. Plants aren’t pollinated when it’s chilly and wet because bees aren’t active. Blossom drop can also be brought on by dryness and high heat. You can manually pollinate summer squash if there are prolonged periods of bad weather. Select a male bloom by its long, thin stalk, then take the petals off of it. To pollinate the female flowers, rub the remaining anther against their centers. The base of female blooms has a tiny hump. Utilize only flowers that have bloomed that day. Bees are frequently killed by pesticide usage, which can also result in poor pollination. Use insecticides sparingly or only at night when bees are not around.

What if I Only Find Male (or Female) Flowers?

Typically, the following occurs: The male blossoms will appear first, leaving you wondering where the female flowers are. Be tolerant. The appearance of the female flowers may be slightly delayed if there has been abnormally heavy rain or cold weather. Another reason to hand-pollinate squash is that this unfavorable conditions might affect pollinator activity.

If you notice fruit but it is shriveling up or decaying, there may be a pollinator problem here as well, but it may also be that the fruit is so wet that a fungus has killed it off.

Where Do I Cut a Pothos To Propagate It?
Choosing the Right Compost For Your Food Garden
How To Plan A Garden
Why Did My Aloe Vera Gel Turn Brown: Causes and Solutions
What's The Difference Between Mint and Peppermint
How To Take Care Of Your Bonsai and Make It Grow