Are you planning on revamping your garden but are stuck on what type of grass to plant? It is a common problem that many gardeners and landscapers come across, but some people don’t even realize that there are differences between the types of grass there is to choose from. In this article, we’ll be looking at both the St. Augustine and Zoysia grass in an attempt to help you better understand them and decide which is best suited to you and your garden.

Both the St. Augustine and Zoysia types of grass grow the best in the warmer seasons, and this is not their only similarity. However, there are also a number of differences between the two which need to be considered before committing to one type, as this will help you make a more informed decision. 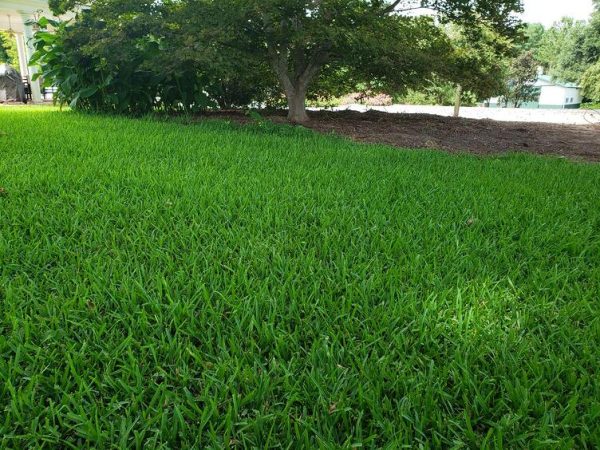 These two types of grass can give you lovely and luscious looking gardens, but the differential factors between them will really help you come to a final decision about which is the ideal choice for you.

St. Augustine grass has a green coloring with a blue tint to the blades. It is rather coarse and this feeling intensifies the more grass you grow on one lawn. On the other hand, Zoysia is also green with more of a grey tint and the texture is on the finer side. They are both considered turfgrasses, but St. Augustine is less expensive and considered easier to maintain while Zoysia is fussier and requires more attention.

Below we’ll have a look at the differences between the two types of grass, as well as how to identify them and what considerations you should take into account before committing to a purchase. After all, you don’t want to spend all that money on a type of grass that you’re going to end up hating, right?

The Differences Between St. Augustine vs. Zoysia Grass

St. Augustine grass tends to feel slightly rougher than Zoysia, which feels quite fine and smooth to touch. Which texture you choose will be down to personal preference, however, not many people care as much about the texture of their grass. This may not be at the top of the list of your concerns.

How tolerant are they to shade?

St. Augustine is definitely the grass to go for if you have a mainly shaded garden. This type of grass is considered the best grass that grows in the warm season for tolerating shade, whereas Zoysia will not reach its full potential if it’s continuously in shade. If you find your garden usually in the shade, consider the former type of grass.

As we’ve mentioned, St. Augustine grass is generally cheaper than Zoysia. This rings true for both the startup cost and the cost to establish the grass. If you’re thinking of laying Zoysia in your garden, you should be aware that there is much more preparation work for you to do before it’s even laid down.

This prep consists of putting down a layer of silica sand and peat moss onto the ground before installing the grass. Compared to St. Augustine’s required preparation, which is simply laying down some soil mix, the Zoysia requires a higher startup cost.

Another factor that is worth mentioning is that St. Augustine costs less to buy from commercial businesses than it is to purchase Zoysia. Bear in mind that if you want to go for the latter type of grass, you’re going to need enough budget to cover the grass itself as well as the silica sand and peat moss. If you don’t purchase this as well you may find that your grass will not become established in your garden, which will mean that you’ve wasted your money and time.

Color of your lawn

Both types of grass are primarily green, but they both have different hues during the growing seasons. As we mentioned before, Zoysia has more of a grey tint to the blades, whereas St. Augustine has more of a blue hue.

St. Augustine turns green and begins growing at the start of spring, while Zoysia grass doesn’t turn green or start growing until the end of spring. The latter type is also slower at growing than the former.

Zoysia grass requires more attention and maintenance than St. Augustine, because it is more vulnerable to pests and illnesses. You’ll need to trim Zoysia grass more often before fertilizing it to ensure it keeps growing. In fact, you’ll probably need to mow Zoysia grass once a week, whereas St. Augustine doesn’t need to be trimmed for around two weeks. 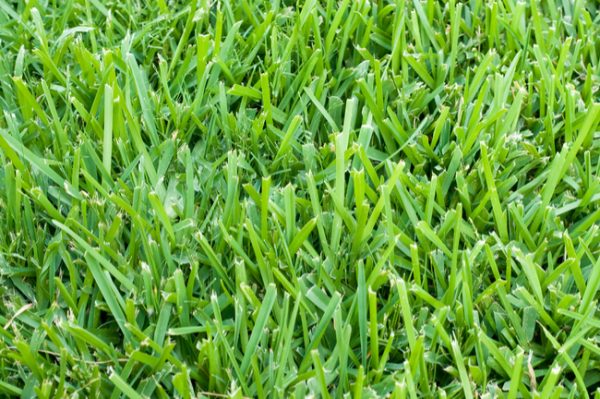 Zoysia grass is a turfgrass that tolerates droughts well, and it compares nicely to the commonly used Bermuda grass. However, it does still have its own individual properties. For one, Zoysia blades have the hairs sticking upright, and these hairs are also found on the upper side of the blade. This is a feature that the Bermuda grass does not possess.

Zoysia grass also has a spongy consistency to it - it is a pleasure to walk on while barefoot. On the other hand, Bermuda grass is hardier and actually better resembles the St. Augustine grass in terms of the feel.

There are a few determining factors of Zoysia grass that you can look out for when trying to identify it. We’ve listed these below in comparison to St. Augustine grass.

If you want to determine what species of Zoysia grass is growing in your garden, one easy method of doing so is by having a look at the texture of the blades of grass. Zoysia matrella and Zoysia japonica are the two most common species, with the former being very fine-textured and the latter feeling coarser to touch. 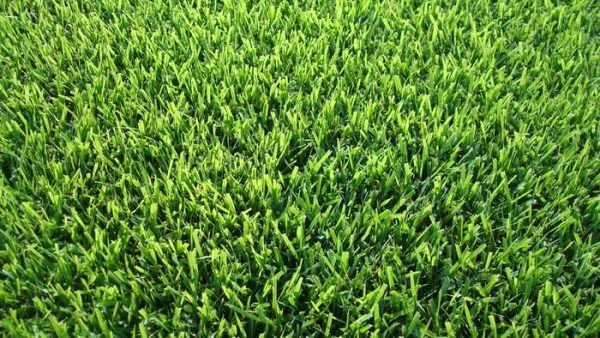 St. Augustine is a coarse grass that is more tolerant to shade compared to other turfgrasses. Having said that, this grass comes from Africa and The Caribbean which makes it most happy in subtropical climates where it is warm for most of the year.

One notable factor of St. Augustine grass is that it is tolerant to droughts and can be walked over a lot before you notice any damage. This is because the grass is quite dense with wide leaves and flat stems. If you can see large thatches in your garden, you may have St. Augustine grass growing. To double-check you should see if it has stolons, which are overground shoots.

Another thing to help you identify St. Augustine is the coloring. This type of grass, when thriving in humid conditions, offers a green and blue tint to the blades. However, during the colder months, the grass actually turns brown rather quickly as it is not tolerant of cold weather at all.

Which Should You Choose?

Now we’ve had an in-depth look into both of these grasses, you may be at a loss of which one to pick. Don’t worry, we’re not just going to leave you here even more confused than you were when you started the article, so here we’ll go through some basic questions for you to answer, along with the type of grass that better suits each answer.

Firstly, choosing between St. Augustine and Zoysia grass depends highly on the landscape of your garden and what you want to achieve.

What is your budget?

If you’re not wanting to spend too much money on your lawn, St. Augustine is the right type of grass for you. However, if you have a higher budget and want to go all out, Zoysia is a great option.

How long are you able to spend maintaining your lawn?

Similarly to the budget question beforehand, St. Augustine requires less maintenance and therefore will suit anyone who does not have as much free time on their hands to maintain their garden. On the other hand, Zoysia requires more maintenance so it is only the right option for people with enough time to care for their lawn.

Don’t choose Zoysia grass if you don’t think you’ll be able to care for it properly. Not only will you be wasting your money, but you’ll also be ruining perfectly good grass that won’t stick around in your garden for long.

Is your lawn shaded?

If your house is shading your lawn, or there are a few tall trees towering over it causing quite a lot of shade to hit it, St. Augustine would be the best type of grass for you to go for. It is much hardier than Zoysia.

However, if you don’t have much shade in your garden and want a finer texture to your lawn, you cannot go wrong with some Zoysia.