How To Kill Crabgrass With Baking Soda

What is the best way to get rid of crabgrass? We are going to investigate baking soda as a selective post emergent herbicide in lawns.

How To Kill Crabgrass With Baking Soda

Take a solution of two teaspoons baby wash, one teaspoon of molasses. Mix that with two cups of tap water and put that in a spray bottle. There’s nothing scientific about that mixture, it just happened to work.

And you’re left with a spray bottle with a soap molasses mixture and a pair of hose with baking soda. You can pat the baking soda out for jingle, it’s like a yo-yo. We want to make sure that the soap molasses mix doesn’t have any effect on the grass. 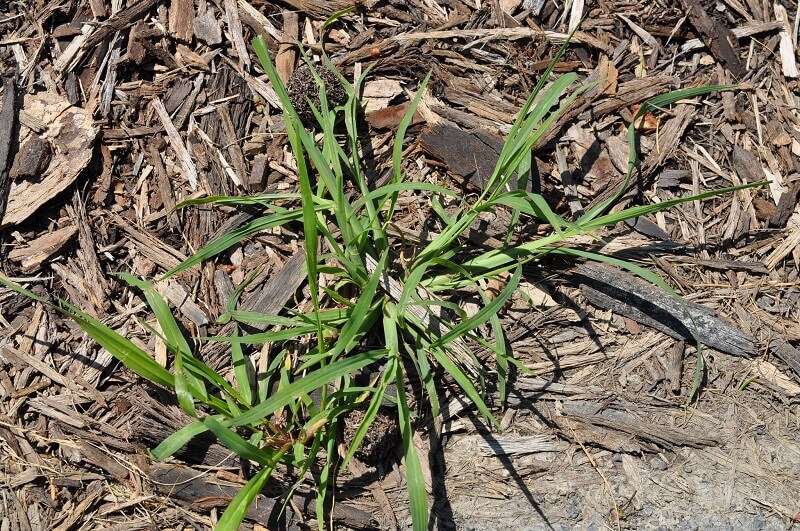 First test site is a st. Augustine and Bermuda lawn. It gets full sun and there’s no supplemental watering. Hasn’t it seen rain in about three weeks as of this test.

First sight we’re going to dust with baking soda and then water the baking soda in with tap water. So that there is no residual baking soda on the leaves. And monitor that to see if just having the baking soda in the ground around the roots affects the plant and it really doesn’t look like it does significantly over the course  of a couple of days that this test was run.

Second test is also dallisgrass. We’re going to spritz it with plain tap water  and then dust it with the baking soda. With the tap water, there’s no soap in it so that you have large water beads.

Because there’s no surfactant effect from the soap we monitor that after we’ve dusted it with baking soda and you can begin to  see damage to the leaves, especially on the margins on the edges. It’s starting to turn dark and then turn black. You can also start to see some damage to the Bermuda grass that’s mixed in not so much with the St. Augustine.

Third test case: we’re going to use the soap molasses mixture spritz it on and then dust it with baking soda. You can see that we have very fine droplets of solution and it’s been dusted with the baking soda.

Interestingly, it gets more white and more noticeable that’s not an artifact of  the photograph. It actually happens and you can see the dark Neen along the perimeter. Along the margins of the leaves, they turn black and again this is leaf damage, not root damage. Apparently, you can see looks moist there that’s due to the dew.

After coming up and two and a half days worth of damage, we see the Bermuda grass turn brown. The blackness on the dallisgrass is starting to turn brown as well and you can also see there’s an effect on the seed heads. Now we’re going to move on to crabgrass in a st. Augustine lawn. 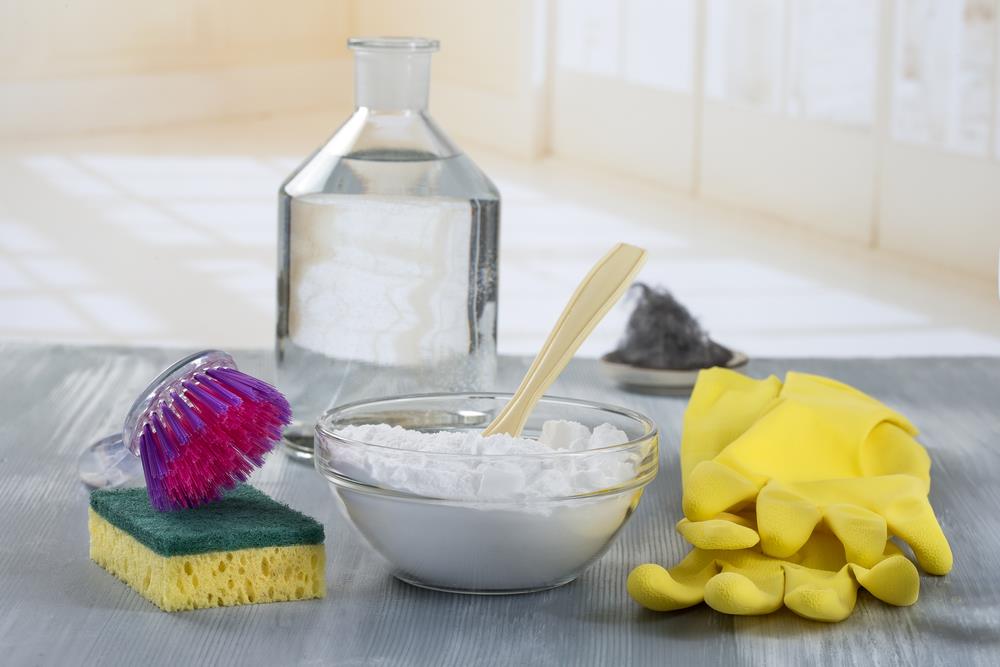 This is my lawn and a test site. Most of the crabgrasses on the right side it gets filtered shade and regular deep, and infrequent watering. Three test sections, one on the left center and on the right it was all spritzed with soap molasses dusted with baking soda. In the middle, an extra spritz after the baking soda was applied, and on the right hand side that’s predominantly st. Augustine grass.

Test h1 is predominately crabgrass. The baking soda has been applied and again it turns more white possibly because the baking soda comes out of solution. As the solution evaporates, it doesn’t turn as brown as quickly as it did with the dallisgrass and the full Sun. But you can see the same effect darkening on the margins of the leaves blocking and the leaves begin to die. Start to get very straggly.

Then we washed off all the baking soda and you can see that the block is the crabgrass, the green is the remaining st. Augustine. You can see  a st. Augustine stolen run through the middle of the picture. We lift that up just to take a look and indeed it is reasonably healthy. The very tips and young leaves have been somewhat damaged in the middle test again.

We spritzed it with spray, dusted it and then spritzed it again. Trying to get more the baking soda into solution. It initially had a faster effect than without the second spritz but that difference in effect really went away within five or six hours.

The third test case is spritzed with solution, dusted with baking soda. The majority of the grass in this photograph is st. Augustine. You can see that the crabgrass portions begin to turn black and the st. Augustine grass is not as healthy as it was.

There is some die-off but not nearly to the case of the crabgrass. Then again we washed off and rinsed the baking soda off the grass, and after drying out a bit, you’re left with some strand. Strands of  st. Augustine amid the dead crabgrass and in st. Augustine as well.

So to review what it looked like was the healthy stand of the three test patches at the beginning another test over time. And you can see the two sections on the left are being more severely affected than the section on the right. The two on the left again have more crabgrass.

Also notice that along the bottom edge of the test side against the sidewalk, where the baking soda was not applied very well, the leaves of the crabgrass were not greatly affected. So the question becomes why does the baking soda affect the dallisgrass and crabgrass and not the st. Augustine to the same degree?

One idea is that the sodium in the baking soda has some effect on the osmotic balance in the leaf structure. St. Augustine may be more resistant to that because it is known for use in southern coastal areas for salt resistance. So we took some table salt and put down the spritz and to look at what kind of leaf damage we would see just from straight table salt.

Here it is our test site: it’s dallisgrass and over a little time you can see the margins are turning dark just like we saw with the baking soda. Not as fast not to the same degree that may just because the table salt is fairly large in grain size compared to the baking soda.

Here you can see the comparison of  baking soda on the top to table salt on the bottom again it’s a just an issue of degrees of how much damage was done but they’re very similar in how they up here.