When faced with a nice crop of weeds in the summer flower garden, you need to be smart about how to stop the weed growth now and limit future weeds. Follow this step by step guide to summer weed control strategy to regain control over the weeds in your flower bed in three easy steps. 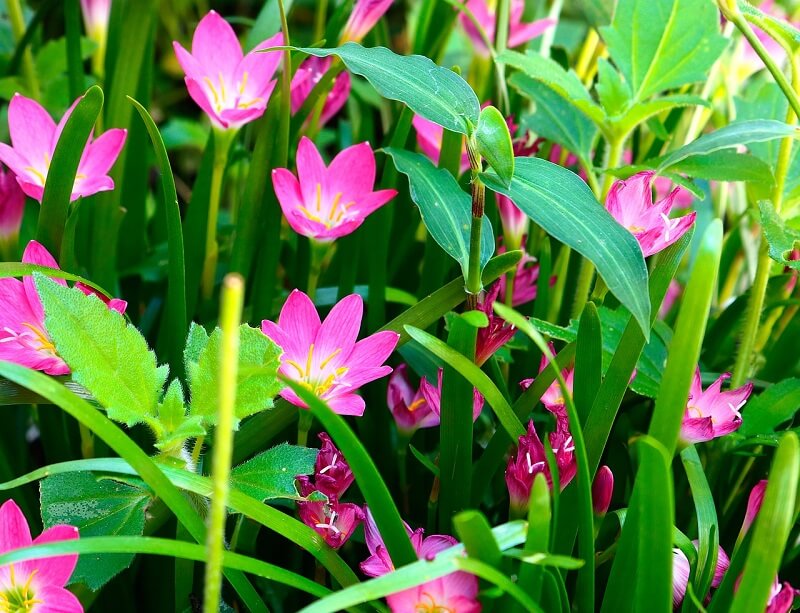 Deadhead the weeds (trim off the flowers) so they can’t set seed and reseed themselves in the flower garden. This will go a long way toward preventing their spread.

Step 2: Trim The Weeds Off Short

Clip them back by hand, or use a hedge trimmer or small edge trimmer, or cut them off with a hoe. Removing the foliage slows their ability to photosynthesize and weakens them, temporarily limiting their growth. Leave the foliage on the ground where it falls. Eventually, it will compost in place.

Cover the weed stubs and trimmings with newspaper and organic mulch to exclude light.

Use a thick layer, about five sheets of newspaper. Overlap the edges so there are no gaps. Lay out the sheets of paper to fit between the flower plants. Dampen the paper (dip it in a bucket of water before unfolding) to help keep it in place if you are working on a breezy day

Cover the paper with organic mulch. The mulch will hold down the paper, hide it, and also help feed the soil slowly as it breaks down over time. The paper will eventually rot down, too.

If your bed is already mulched, you can still use this method. Do not go thicker than about three inches total of mulch however.

Particularly persistent weeds such as poison ivy or pokeweed can be repeatedly smothered, or you can spot treat with an herbicide containing glyphosate.

In a flower bed, you will have more control using a paint on or wipe on application method rather than spraying the herbicide. Or, use a spray shield. Be careful because this is a nonselective herbicide and will kill your flowers in addition to killing weeds. Always read and carefully follow all of the label directions on any product you use in the garden. 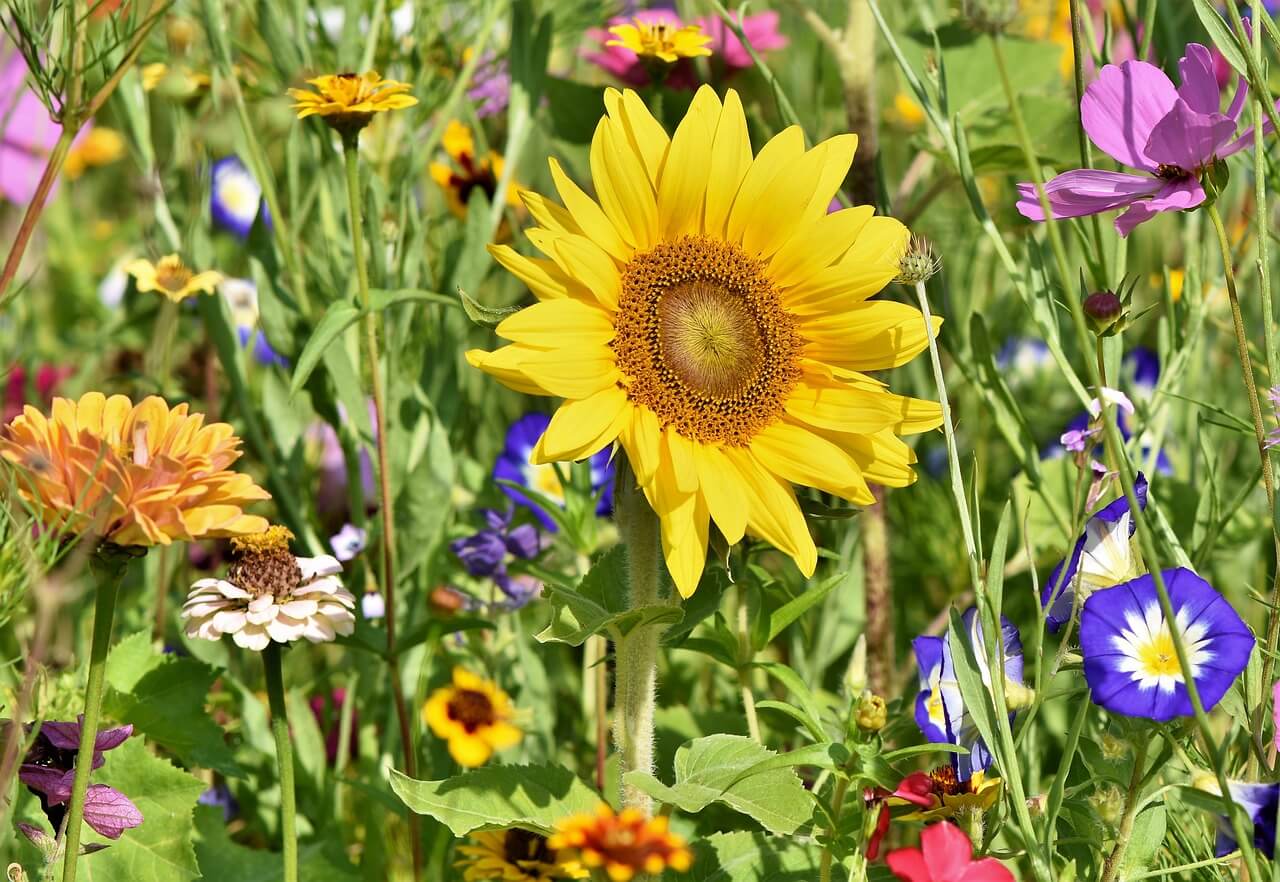 Be vigilant through the late summer and fall because there are cool-season weeds that will begin to grow after the heat of summer passes.

Disturb the soil as little as possible. Soil contains many weed seeds in what is called the soil seed bank. Soil disturbance brings new weed seeds to the soil surface where they will germinate.

Take heart. After a season or two of active weed control, beginning in early spring and continued throughout the growing season, your garden should be nearly weed-free. 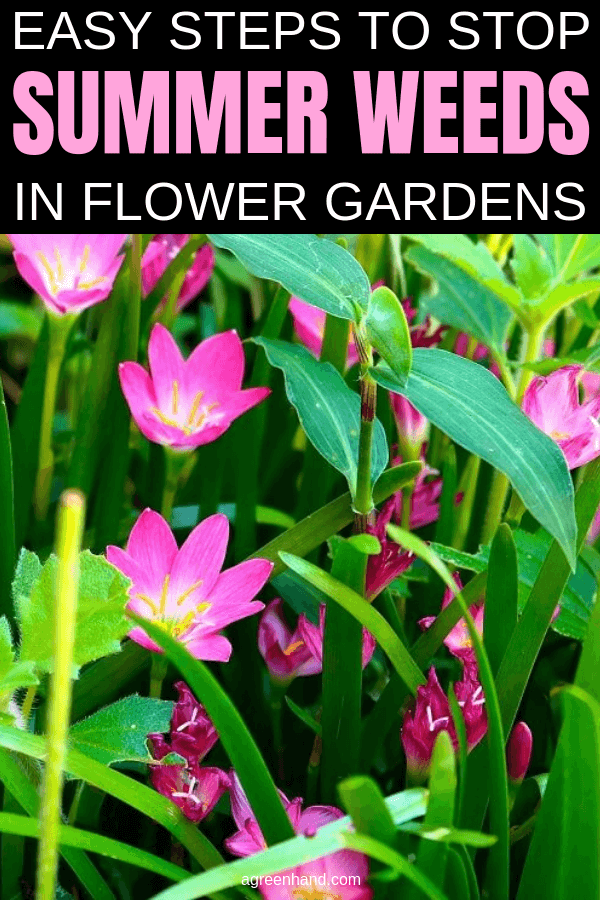