How To Get Rid Of Oxalis

I got a few areas of oxalis in my yard this year that have been starting to spread out a little bit more than I would like them to. So I’ve been wanting to spray these.

It’s been so hot over the past couple weeks above 90, sometimes near a hundred degrees and that’s not a good time to be spraying some weeds because you can do some damage to your yard.

So you have to wait so long till a cooled down day that we can go out and spray a little bit of oxalis. Take you along  for the whole process, show you what I’m using that’s coming right up.

So over the years, I’ve had a few problems with oxalis in my backyard and actually a couple years ago I was using a hose end to spray it, and just using pretty much the generic, “Weed B Gone” and it did work. I think it took a little bit longer than it really should and so that’s why I’ve switched to something else.

“Weed B Gone” product targets more towards chickweed, violate things like that, and then the oxalis. So the active ingredient in this product is the one that we’re looking for.

As far as targeting oxalis, that’s gonna work a little bit better than just the generic. The active ingredient here is what you’re looking for when we’re targeting oxalis.

I also picked up a little bit of surfactant then I’m gonna mix in with this just a little tiny bit. You don’t need too much, especially since I don’t have a whole lot of oxalis and we’ll just be targeting some spots in my yard, not blanketing everything.

If you’ve ever sprayed oxalis before you’ll see that a lot of times the water droplets will kind of beat up on top of the leaf and that’s just because of the way that the product works and water in general. So what this does is help to spread out that water so that it soaks into the leaf and kind of coats it more than has those little droplets on there.

How To Get Rid Of Oxalis

So I put some water into my sprayer now a little bit, but this product says we need one ounce of this per gallon and I don’t really need to mix up a whole gallon because I’m not doing the whole large area. I’m just going to be spot spraying a few things.

We’re going to start with a half a gallon. I can always mix up more but I don’t really want to have a lot to waste. I put a little bit of that mixture in here, some of the 1/2 ounce of this.

Just do a little splash of the surfactant because that says it needs 1 the 2 teaspoons per gallon so just a tiny little splash is going to be good. Nice thing is that they have these little measuring cups which actually has the ounce marks in there so we can just use this.

Then now I will add the rest of  the water to make it a half gallon that’ll help us mix things up just a little bit. Then of course I can shake it around in there or stir it up whatever I want to do. I’m gonna keep this spray with my nozzle a little bit closer to the ground and kind of target these weeds just a little bit more and make sure I don’t get too much overspray anywhere today. 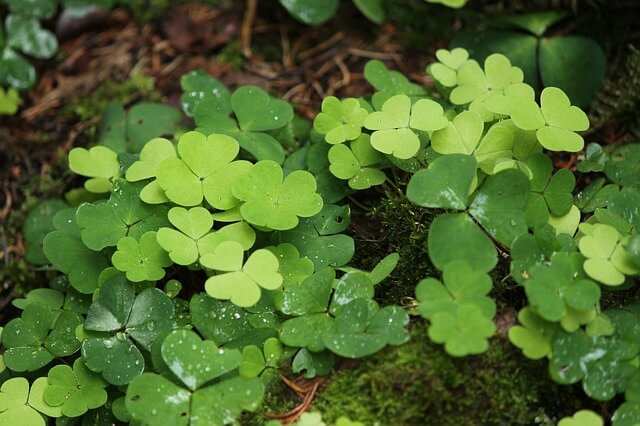 Then go walking through the grid pattern across my yard. I don’t spray spots more than once. It helps a lot too if you wear sunglasses or especially polarized sunglasses because you can see a difference in the shade of green on the grass where you’ve sprayed or the wet areas. It’s a little bit darker so that helps out a lot too.

Normally, you would see little droplets on there and you’d see just a little tiny little droplets of water but if you look closely there you can see how much it’s coating the whole leaf and that’s going to help us a lot in killing it. So that surfactant it’s a real big help in that part.

I’ve run out of spray but is pretty much the exact perfect amount. There’s just a couple tiny little spots near the border of my lawn that I didn’t spray yet. But I’m  gonna test to spray out anyway to make sure that it works and then if it does, I can go back and hit those spots pretty easily or touch up any spots that I might have missed on the next time.

So one thing also to mention is that this is raining in six hours, meaning that once it’s dry in about six hours, it won’t be affected by rain or water or anything like that so just keep that in mind.

Don’t apply this before it’s going to rain or you think it’s going to rain, obviously. And it should be fine as long as you give it six hours and also. Don’t have kids or your pets in these areas until it dries. That’s according to the directions.

Overall the lawn looks pretty good, so the directions in there said that we might need two applications in order to get rid of it completely, especially if it’s been established for a while. It said two applications, two to three weeks apart so I’m going to keep watching this here.

I also want to show you one other issue that I’m going to spray that I  didn’t get to earlier that’s in my backyard. So just a little bit more spraying to do but overall  things are looking pretty good after my first application.

I’ll keep you updated on how things look as we go along so if you’re wanting to take care of some of  these things just keep in mind that this should be done when temperatures are below 85 and it’s getting to a point around the country where temperatures are a lot higher than that. You might need to wait a little bit longer and more towards fall for those things. 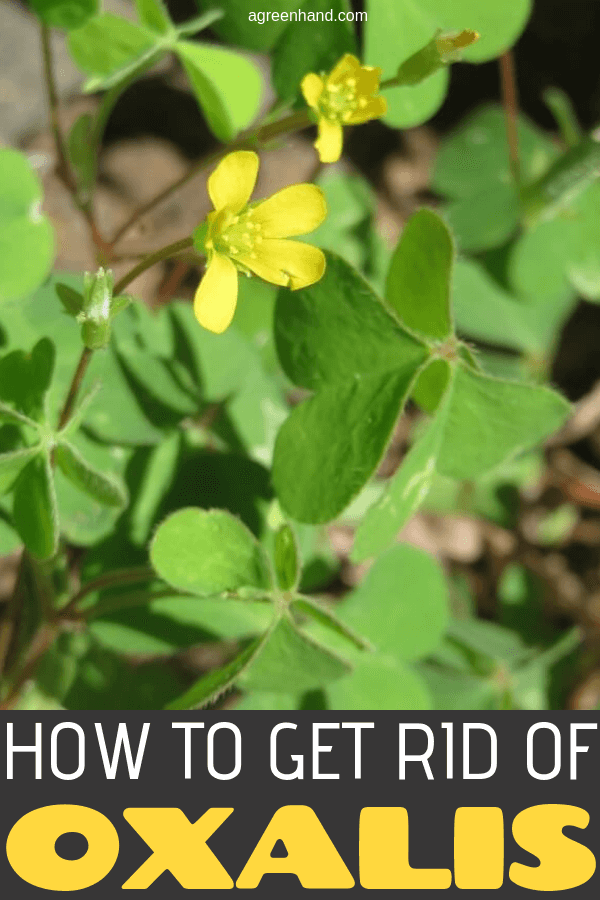