How Long Does a Watermelon Last Uncut

Watermelons have a shelf life of 7–10 days on the counter and 2–3 weeks in the refrigerator for uncut types. When the watermelon was gathered and how it was stored affect the fruit’s shelf life.

The entire watermelon, which is a vegetable but is typically eaten as a fruit, is edible, including the rind and seeds.

A picnic is almost never complete without a watermelon. Its delicious, juicy red flesh is rich in lycopene, an antioxidant that is healthy for the heart and bones, as well as vitamins A and C. It contains 90% water and 8% natural sugar, which means that it has no fat and extremely few calories.

How To Tell If Watermelon Is Bad, Rotten Or Spoiled?

It will be possible to avoid foodborne disease by using good cleanliness and food safety practices.

Look for a great symmetrical shape devoid of cuts and bruises while choosing a watermelon. The melon’s bottom should be a lovely shade of golden, indicating that it was left on the ground to mature in the sun. White spots indicate underripe fruit, whereas too yellow ones could be overripe and gritty. It should weigh a lot since water makes up the majority of its composition, indicating that it is juicy and not yet drying out. 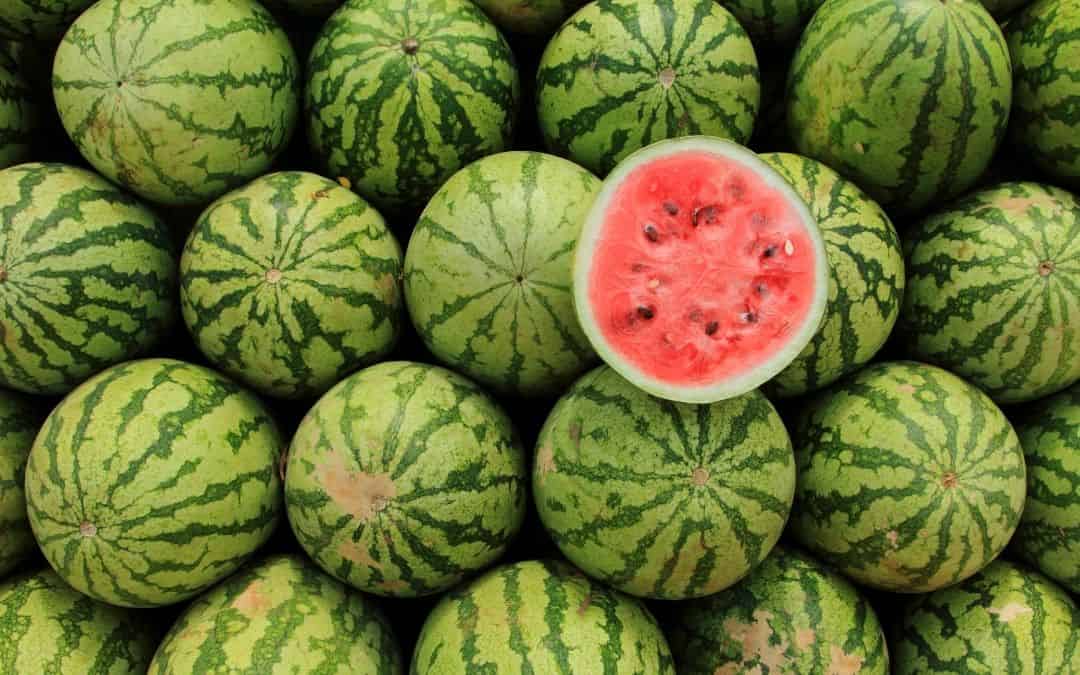 Obviously, eating ruined food has certain health hazards, so always remember to use good food hygiene and consume your food before its expiration date!

How To Store Watermelon To Extend Its Shelf Life?

Watermelon shelf life may be prolonged by storing it in the refrigerator, but be sure to place it as far away from the freezer as possible to prevent freezing. Watermelon does not freeze well; when sliced open, the fluids merely pour out. It turns dark red. leaving a quite bare rind! Therefore, freezing is not an option for storing watermelon.

Watermelon that has been cut should be kept in an airtight container. Since watermelon is mostly composed of water, the liquid begins to evaporate from the flesh as soon as it is cut and keeps doing so as the fruit ages.

How Long Is Watermelon Good For When Prepared In A Dish?

How long is a watermelon good for? Depends, really. When do pineapples ripen? In general, watermelon only keeps as long as the dish’s ingredient with the shortest shelf life.

You may anticipate a whole watermelon you purchase that hasn’t been chilled to last 7 to 10 days. After two to three weeks, you should be able to enjoy a great watermelon if you cool the fruit before cutting it.

When you reach home, refrigerate any watermelon that you purchased from the supermarket’s refrigerator section. Only if it will be eaten soon should watermelon be kept on the counter. It should be refrigerated in an airtight container or entirely wrapped in cling wrap, and it may be kept there for five days without going bad.

Another choice is to freeze the leftover watermelon if you or your family purchased more than you can use in a week. Any leftovers should be frozen after being cut into cubes. Watermelon that has been chopped can last up to a year if it is frozen.

How Long Does Watermelon Last When It’s Whole?

Eat the watermelon as soon as you can since a whole watermelon keeps much longer than one that has been cut or diced. After being removed off the vine, watermelon has a shelf life of around three to four weeks.

It’s important to remember that many of the watermelons we purchase are imported rather than locally grown, which means they travel a considerable distance before they reach your shop. Most of the time, it takes around a week, although it does occasionally take up to two weeks.

Thus, you have about a week or two of storage at room temperature or in the refrigerator. Of course, they are only estimates, and you frequently get a few more days on top of that.

How To Store Cut Watermelon?

The shelf life of cut watermelon is significantly less than that of whole watermelon. It keeps its quality for around 3 to 5 days in the refrigerator. If left out at room temperature, it only lasts for about a day, so that is not a smart idea.

You don’t want the watermelon to dry out in the refrigerator when it comes to storage. You must take certain precautions to ensure that. The most popular substitute, especially if it’s a half or quarter, is plastic wrap. An airtight container or freezer bag will do if the fruit has already been cut into smaller pieces or sliced. Furthermore, neither alternative is a more eco-friendly choice than plastic wrap.

How To Freeze Watermelon?

You might be tempted to freeze the remaining watermelon if the suggested shelf life is insufficient for your needs. The fruit does not freeze well and has a water content of around 91%.

Many people advise freezing it into cubes to use as an infusion in water, drinks, or smoothies in place of ice cubes. You don’t thaw the fruit in any of them. Simply throw it in frozen. You won’t like defrosted watermelon as much as you would fresh watermelon since defrosting destroys the texture.

How to tell if watermelon is bad?

Like many other fruits, watermelons lose their quality after some time in storage. It is vital to discard an apple when it becomes brown or a grape when it wrinkles; a watermelon will also show signs of degradation.

The watermelon has likely gone bad if the skin has bruises, purple blotches, or white mold. The watermelon’s skin has black areas, which means it is past its peak. Rough, black, white, or green moldy spots are common. On the other hand, evenly green watermelons must be fresh and delicious. High quality watermelons also have stripes of bright and dark green that alternate.

Delicious watermelons will have a striking appearance and a crisp texture. When the watermelon is no longer fresh, the flesh will start to deteriorate. Additionally, the seeds and flesh can be separated. In rare cases, bad watermelons might be soft and unpleasant.

According to study, watermelon lycopene reduces the risk of cancer by preventing insulin (IGF), a protein involved in cell growth. It is thought that elevated IGF levels cause cancer. In addition, the ability of watermelon’s cucurbitacin E to inhibit tumor growth has been studied.

Citrulline, which is included in watermelon, prevents excessive weight gain and obesity by lowering fat formation in cells. Watermelon juice is high in fiber but low in calories. So, drinking a glass of wine before a meal can assist to reduce cravings and help with weight reduction.

Vitamins A and C included in watermelon aid the body’s production of collagen, which maintains healthy skin and strong hair. Beta-carotene and lycopene both offer some UV radiation, sunburn, and skin cancer defense.

Best Ways to Know When a Watermelon Goes Bad