Anemones have daisy-like flowers. Japanese Anemones bloom in fall while other species open in early spring, ideas for a perennial wildflower garden.

The variety of Anemones span bloom-times from early spring to late fall. Anemones are hardy garden perennials that are good cutting flowers, fit in wildflower gardens and blend with other autumn companion plants. Called windflowers, gardeners may choose Anemone plant ideas to fit an array of garden styles and regional climates. 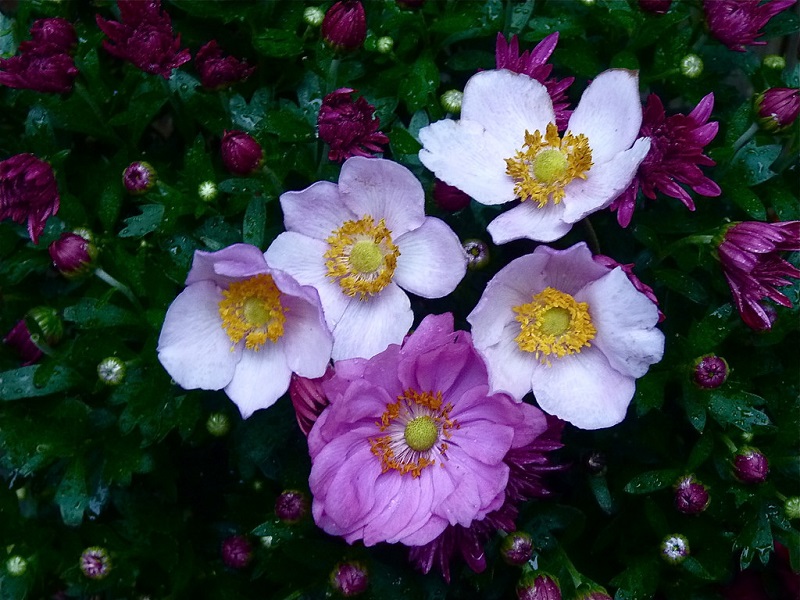 Anemone hupehensis is a native plant of China and hardy in zones 4 – 8. The North American native plant, Anemone canadensis is the hardiest, north to zone 3, and Anemone virginiana is found in central and eastern United States. 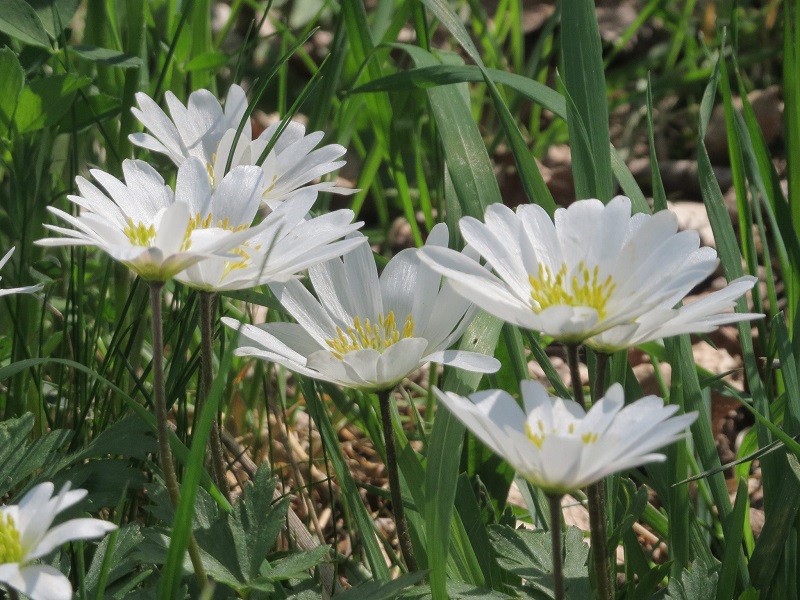 Early spring flowering Anemones benefit April and May gardens for their ability to cover the dying foliage of bulb plants like daffodils. The native windflowers also appear about the same time with Epimedium and will fill in space before Hosta plants emerge.

The Anemone blanda, called Grecian windflower, grows from 4” – 6” tall. The plant is hardy in zones 5 – 8 and blooms in mid spring. The very short perennial, which is actually a tuber, easily naturalizes with spring flowering bulbs like Narcissus and Muscari.

The non-native Anemone coronaria is also an early spring bloomer but will only withstand zone 6 –9 regions. This perennial reaches a foot tall in the garden. In contrast, the native Anemone canadensis is a tough plant and blooms April through June. The white flowers grow on a 2’ tall plant.

How to Grow Anemone Plants

Growing Anemone plants requires less maintenance than many perennials. Anemone plants have no disease or insect issues and require no digging and dividing.

However to ensure success, the correct location in a perennial garden is important. With a few exceptions, Anemone plants thrive best in moist, well-draining soil in zones 4 – 9 and not on a windy site.

The daisy-like perennial called Anemone has species that flower in fall and spring. The autumn-blooming windflower makes a good plant when located in a part sun or part shade garden bed.

Anemone is a tuberous rhizome that will form a clump of dark green foliage at the base. The leaves are deeply incised, slightly hairy with lobed leaves sometimes serrated.

The upright plant has branching flower stems rising above the basal foliage. The daisy-like flowers are a cup form; the petals have a satiny texture in pink, purple, red or white around a center disk filled with yellow anthers.