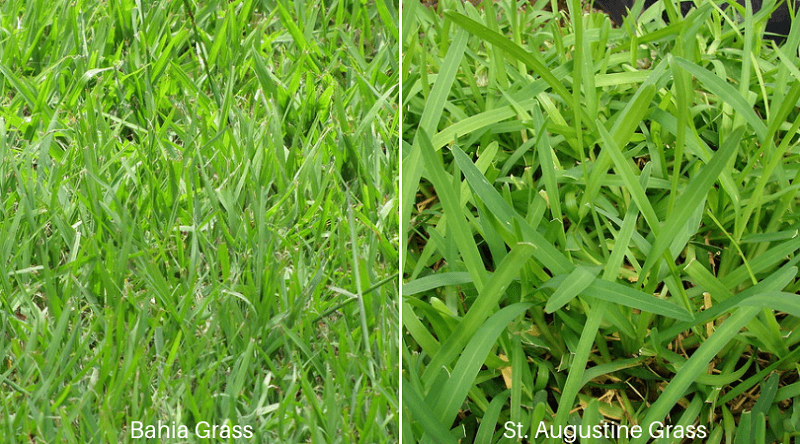 For example, obviously I like st. Augustine. And I’ll show you the two types here in just a minute. But the reason why is the bahia lawns, even though they grow like crazy in the summer, have a very short growing season is that they only cut about six months out of the year.

For example, my lawn is Bahia and I have a cut of since Thanksgiving. It just hasn’t grown and I can’t make a living on six months worth of cutting season. So I always try to stay to the st. Augustine lawns that are irrigated and fertilized. Because in the middle of January, I’m still cutting grass.

This time last year was 32 degrees in January but this week was 80 degrees during the whole week. The second week of January was in the 70s so today the high is like 60 but the grass is still growing.

This is a st. Augustine lawn and this side over here had a lot of dollar weed in it, so it doesn’t look as healthy as the other grass. But we’ll spread around and show you, but this stuff still growing in the summertime.

It’ll grow a couple inches a week, at least need to trim these bushes. I hadn’t been able to trim them for the last month and a half because they’ve had Christmas lights on them but they’re finally off. So we’re going to touch those up. But I mean this stuff is still beautiful and green.

Last year, I did some spot side repair up in here, you can’t even tell where it was fixed. I’ll be doing the same thing here, basically dig that out just a tad, put down some black cow and some good side. There’s got that inch and a half two inches worth of thick black mud on the bottom of it.

I was talking about the growth rate on this stuff and even now where my weekly lawns are now bi-weekly and my bi-weekly are monthly, this stuff I cut a good 2-3 inches off in the summertime. Even on a weekly account if it’s an irrigated fertilized st. Augustine lawn and you’re not supposed to cut more than a third of an inch of the blade or a third of the blade off. But unless you’re cutting every 4 or 5 days in the summertime, it’s just not realistic.

There’s st. Augustine if we look over here in the field, we put the water down so you don’t get a glare. That is Bahia grass, it’s very thin and in the summertime the grass grows a couple inches a week but it’s got seed sprouts or shoots that shoot up. And in four or five days they can be a foot tall. The grass will be 4-6 inches high. And right at the top of the sprout, you’ll see a v-shaped seed pods coming off of them.

Here is a video about Bahia vs Common Bermuda Vs St. Augustine Grass:

I haven’t cut this since Thanksgiving. It pretty much goes dormant. I mean I do need to reach the sidewalk and we’d eat around the perimeter because the weeds are growing but as far as the actual bahia, it’s really not growing. I mean there are some spots where it’s more shaded, where there is a little bit of growth but nothing like the st. Augustine.

And for Bahia, I’m severely gonna limit the bahia yards that I take for a couple of  reasons. One already mentioned, the growth rate on them super slow in the winter. It really doesn’t need to be cut.

In the summer, they almost have to be cut every three or four days. Sometimes also because it’s a less dense grass, most of the bahia lawns are in older neighborhoods. The very sandy lawns just tear out of your lawn mower blades, basically sandblasting your blades. 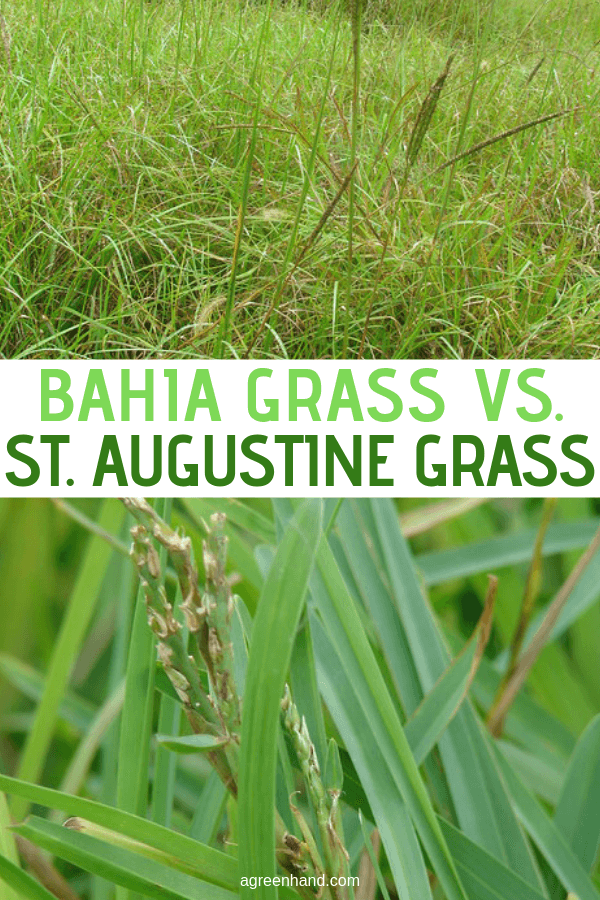 How to Clean Gardening Tools?
10 Simple Tips for Maintaining Your Lawn
Roundup and Trees: Will Roundup Kill Trees?
When Should You Apply Weed And Feed Before Rain?
Easiest Flowers to Grow From Seeds
How to Remove a Shrub or Bush From Your Yard With Deep Roots