When To Remove Seed Germination Blanket

Just last time, I over seeded my hill. I had issues with the seed actually, it easily washes out so this time I’m trying germination blankets. This is quite helpful, and the question is that, when to remove that seed germination blanket?

How to make germination blankets for lawn

Put the blanket down. Put some stakes to keep it from blowing around and the grass will come up growing through it. And if it rains a lot, the point can keep it from washing away. I just use a regular box cutter to open up the packaging and then it’s as simple as unrolling it.

Here is a video about using germination blankets to grow grass seed on a hill:

If you have ever had issues with saran wrap, you’ll understand what’s going on her. Same concept once you realize where any tangles are and get them situated, it’s actually really easy to unroll. Just got to take your time at the beginning part, where you can see it’s caught up and then I figure out “oh that’s part of the next layer”.

Now you might be able to tell from the video that right there where a little plastic netting lays and that’s what was caught up. And then once I just ripped it with my bare hands and then it rolled easily.

This blanket has netting on both sides so it actually holds it well together and it keeps easy to unroll. I’m not doing anything special, just straight up unrolling it. It’s super heavy but easy to do because you’re just rolling it and then the problem was the curve. You may not realize how stretchy the material would be.

But once it’s all down, you netting is made out of plastic. It’s kind of like the netting that you use around bushes and stuff to keep birds away. So it’s really stretch, flexible and it’s supposed to break down so you’re not supposed to have to pull this stuff up after the grass starts growing. And then the actual material of this netting is a wood fiber, so it’s not just hay because hay can have weed seeds in it. 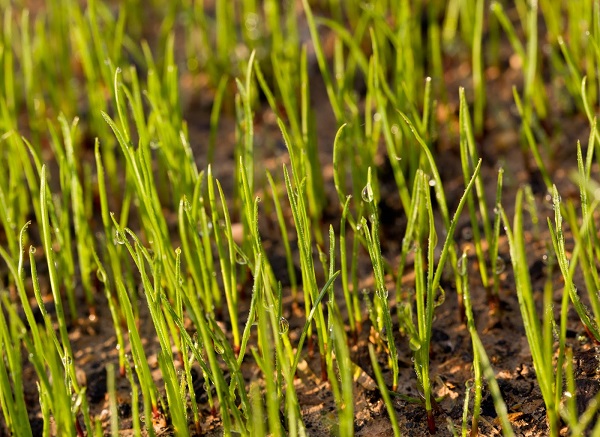 Around here straw and hay are basically the same thing I’ve been told. In other areas, you can get one or the other and one means it’s got no weed seeds, the other doesn’t. But since you know, if you go to Walmart or Home Depot or any other store, you could have a teenager salesperson and you say “hey is this straw have weed seeds in?” and they’re going to go “oh no hay doesn’t have weed seeds in it” and they might not understand the difference.

So that’s why I like going with this method. It was very clearly wood fibers from some special tree that has good fibers for this type of stuff. All I care really about is that it works and it’s going to break down when it’s time to actually break down. And this stuff seems to really work now with the second roll.

I’m doing a  little bit of an overlap. When I first rolled it out, I didn’t really have the overlap there but I go back over it and move it over. Now I’m feeling a little bit more confident so you can see I’m not caring too much about where it lands. Just rolling it and then adjusting it after. And when I get to the end, just using a box cutter to cut it up.

Now it’s time to stake it in. I will say the mistake I made was here: the top layer. I’m doing both the top and bottom of it because the bottom is actually the top of the next layer. So I was staking them both in at the same time. But what I failed to do was the bottom of the bottom row, because of the tropical storm it actually came up. Just make sure you stake it down.

I think online they say to do it every foot but I did it every 6 feet. Felt like every foot would be a lot of stakes and then you you’re gonna pull them up at some point. Because otherwise, at least for us, the kids are gonna be walking on them. They’re good solid plastic stakes, they’re not  biodegradable and so I tried to keep it even spacing so that way when it is time to pull them up, I’ll know where they’re all at.

In general, if it’s every 6 feet, there should be another one at 6 feet away and the last step after staking them all in is to turn on your irrigation. If you’ve got a built in, you want to make sure those heads can pop up. And then I put three snakes around the each irrigation head just to hold the mat down.

So if there was wind or movement, the sprinkler heads can still pop up. They’re pushing on it and then I marked it with stakes so when I came back I could find them and take care of it.

That’s really all there was to it. It’s not hard it’s a lot easier than I thought. It would be so if you’ve got a hill, don’t let that stop you working good. Just got a little bit of damage, I didn’t have a stake here.

Let’s take a peek and see how this is doing. I’m actually very happy with how  this is doing. We survived a tropical storm, I have to look at the stats I think it was like 42 miles per hours, what the closest weather station recorded. And it’s in the same town crazy wind, I did have to put more stakes in because it was blown around.

I made the mistake of thinking “oh yes I’ll put the stick sound on the top”. Gravity and the rain will push it down. I didn’t think about high winds of traffic tropical storms blowing it up the hill, which is what happened.

And over there I put a pallet down to hold the corner because that’s what blew up first. But once the storm is fully passed, will take up the pallet. But it’s looking  pretty good now. 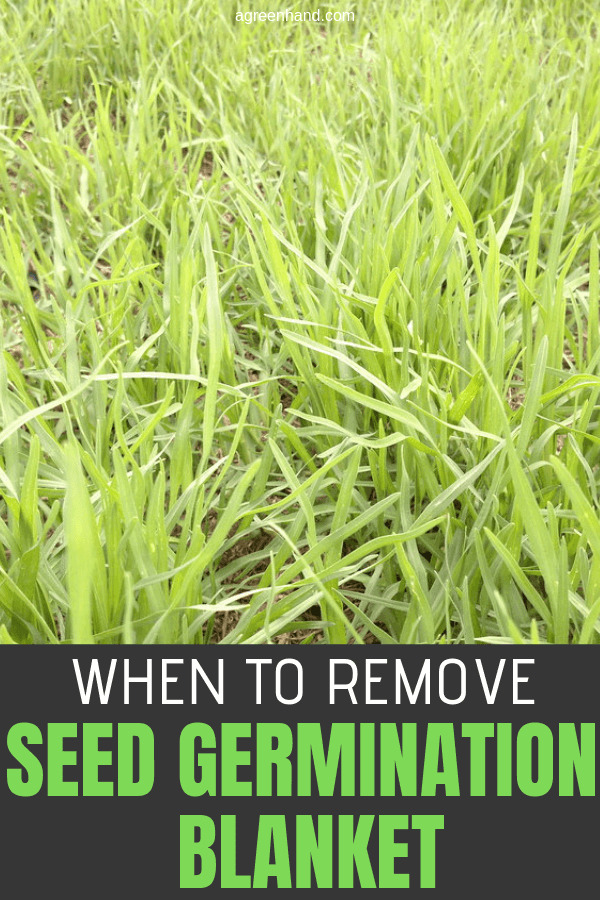