An ounce of prevention is worth a pound of cure when it comes to weed control under garden paths. While it’s easy to create a simple walkway just by spreading mulch, established weeds quickly re-sprout in the path. Instead, try this all-organic, herbicide free method to prevent them from coming back. You will find it reduces maintenance in the long run and gives you a weed-free walkway to enjoy.

Start by marking off the site where you want your garden path to go. You can mark it with stakes and string, or just rake up soil or mulch along the edges. Width is an important consideration: You will probably want paths to be at least 2½ feet wide, so that it’s easy to wander through the garden without stepping on plants. 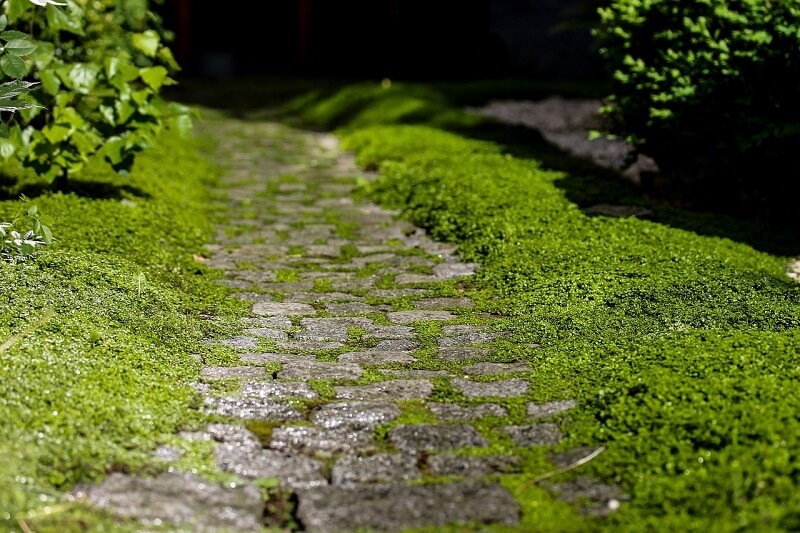 Next, dig up weeds on the site. You can shave off lawn grass with a sharp spade. If the site is covered with a mix of grasses and perennials, consider using a mattock to dig them up quickly. (A mattock has a horizontal blade on one end and a vertical one on the other. It is used like a pickax, by swinging it over your shoulder.)

Use a hoe to level the site. While it’s okay for the elevation to change along the course of a path, bumpy, uneven ground makes walking difficult. The goal is a relatively smooth path with gradual changes in elevation. That way, you and your visitors can enjoy strolling along the path to enjoy the plants without worrying about tripping.

It’s also a good idea to use a rake to level the newly cleared ground, then walk over it several times to firm the soil.

After that, you’ll need a stack of newspapers and a bag or two of mulch. Cover the pathway with a layer of 8 to 10 sheets of newspaper. Toss a handful of mulch on each section of sheets as you spread, to keep them from blowing away. Make sure the sheets overlap. When you’ve finished, cover all the newspaper with 2 to 3 inches of mulch. Again, walk on it repeatedly to firm the mulch and level the surface of the path.

If your path runs along garden beds, you may want to mulch it with something other that what you have used to cover the soil in your beds. To visually distinguish path from flower garden, try wood chips along the path and shredded bark in the bed, for example.

You can leave the path covered in mulch alone, or add stepping stones on top. Be sure to level and firm the soil and mulch under stepping stones. Then step on each paver repeatedly to ensure that it doesn’t wobble. Note that this method is only recommended for informal paths and isn’t intended for installing permanent pavers, which require a bed of gravel underneath them.

Walkways guide visitors through the garden, so be sure their journey is an interesting one. (Also make sure the surface is level and pavers don’t wobble so it is safe to traverse.) Edge garden paths with a mix of perennials and ground covers, either planted singly or arranged in small drifts. There are flowers that thrive in both sun and shade, so select the ones that will be happiest growing along your pathway. 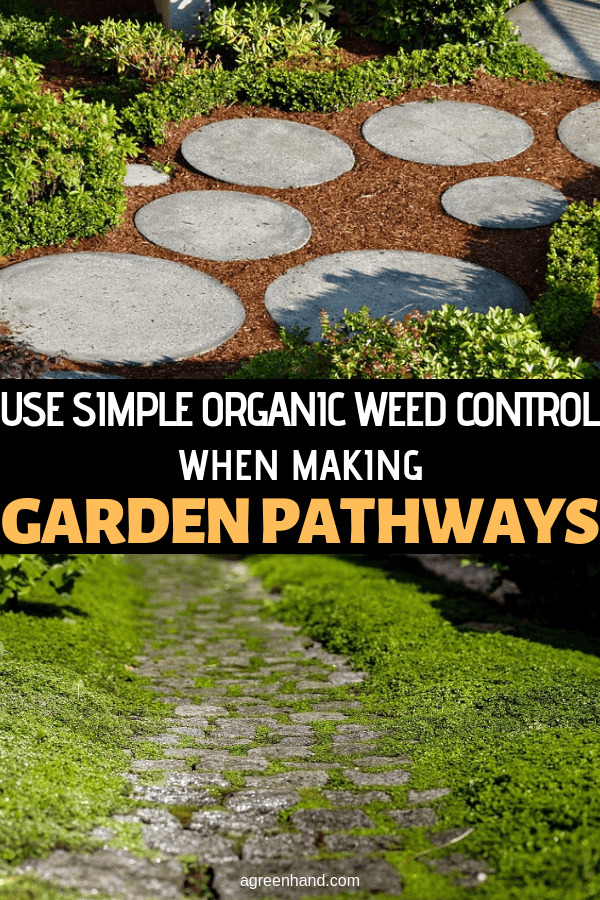