Rosehips can be an attractive addition to the fall garden. They are high in vitamin C and can be made into preserves or added dried to teas. Many times in the quest for repeat blooms, or general tidiness, roses are pruned before they ever develop hips. The best ones for fruit are the species roses. Most have quaint single flowers, and are grown specifically for their hips. They are great used as hedges or in mass plantings. 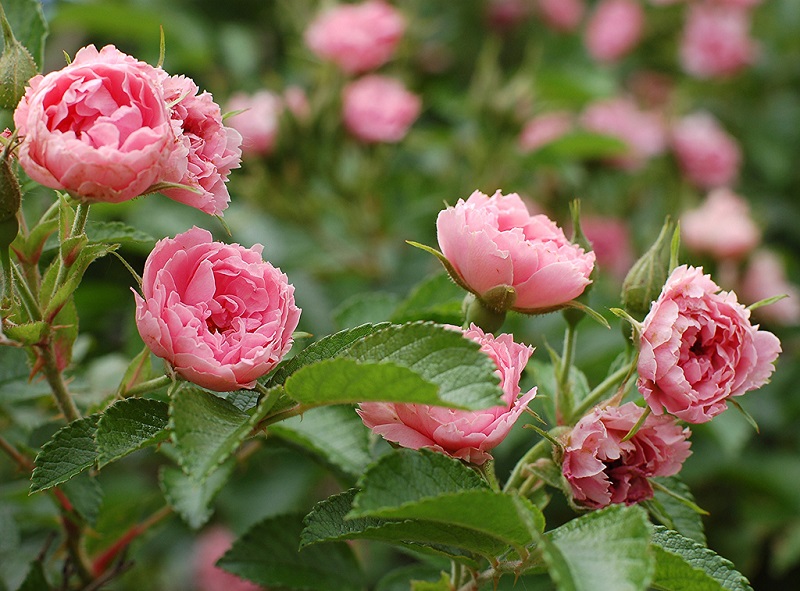 The rugosa roses are as easy to grow as they are attractive. They are also reliable hip producers. In the fall they will be covered in oblong orange-red hips. The species (Rosa rugosa) has a red flower. A variation (Rosa rugosa rubra) has deeper colored blooms and bright red hips. A white variety that will go with any color scheme is (Rosa rugosa “Alba”). A very fragrant variety (Rosa rugosa “Fru Dagmar Hastrup”) has large pink flowers and large orange-red hips. this one also develops striking fall foliage. Another rugosa with large crimson flowers and cream colored stamens is Rosa rugosa “Scabrosa”. 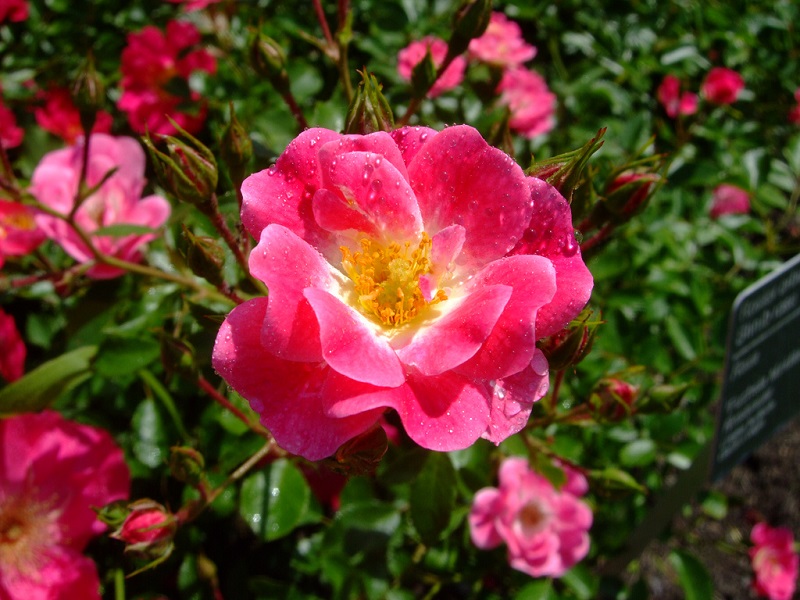 Landscape roses are modern hybrid shrub roses. Inbreeding the emphasis is usually placed on flower performance rather than hips. The “Meidiland” group of roses are an exception. They provide flowers as well as clusters of round orange hips. Since theses roses do not require pruning the hips are spared. Meidiland roses come in red, pink, white and yellow. There are single and double flowered varieties. 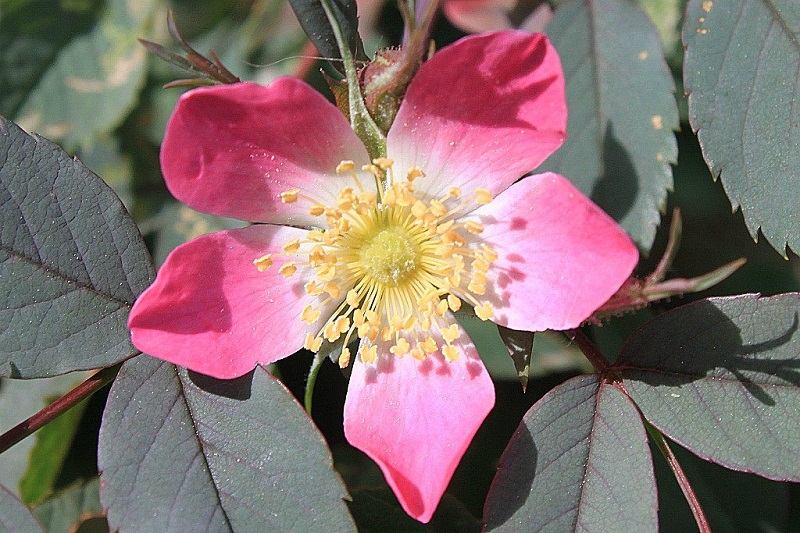 This glauca rose (Rosa rubrifolia) is prized for its attractive blue foliage. It has small dainty red flowers and round bright orange hips. It is at its best when the foliage turns color in the fall and provides a background for the ornamental hips. 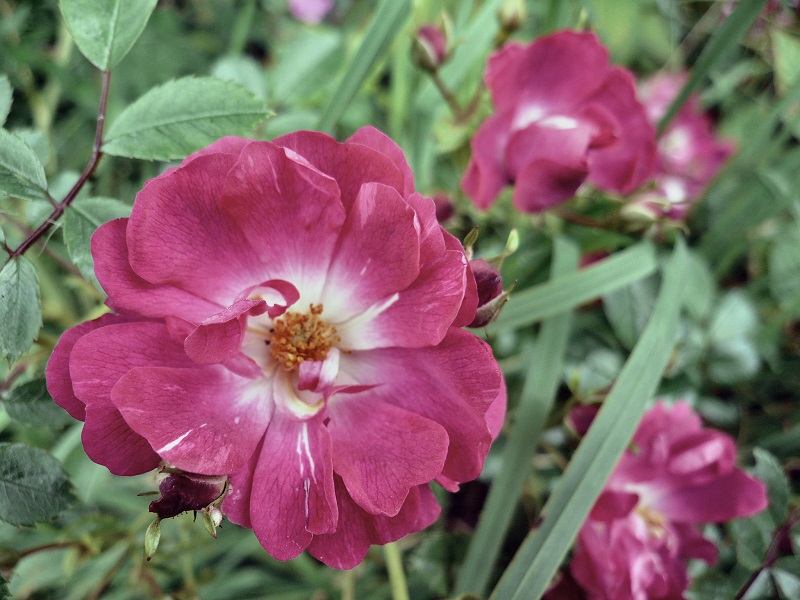 Sweetbriar rose (Rosa eglanteria) is a useful species. The seeds of this rose are used to make the majority of the world’s rosehip oil. This is a wild pink rose with elongated bright orange hips. It is a good rose for native plantings. 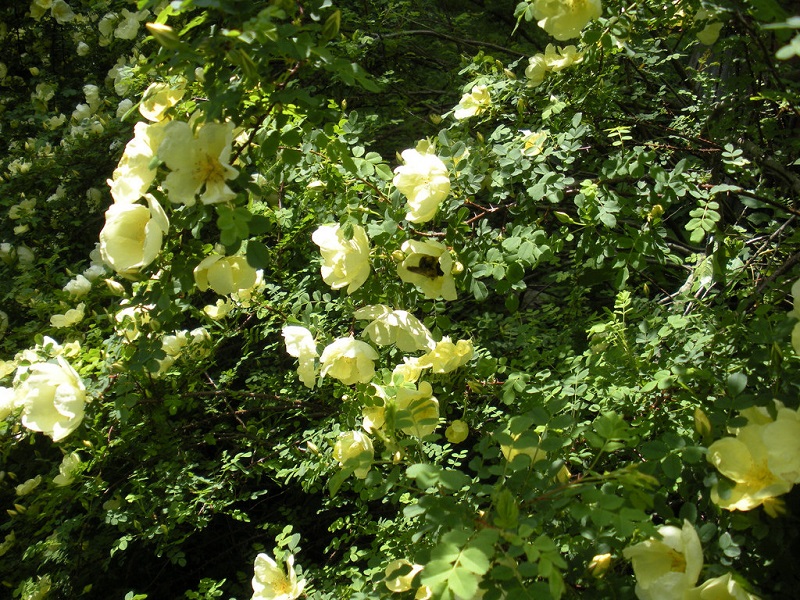 The most unusual hips of all are on the Father Hugo Rose (rosa hugonis). The hips are not large but they are black in color. This is interesting against the red fall foliage. Hugo rose is great for the collector of the unusual. This medium sized species rose also produces a nice display of yellow flowers. 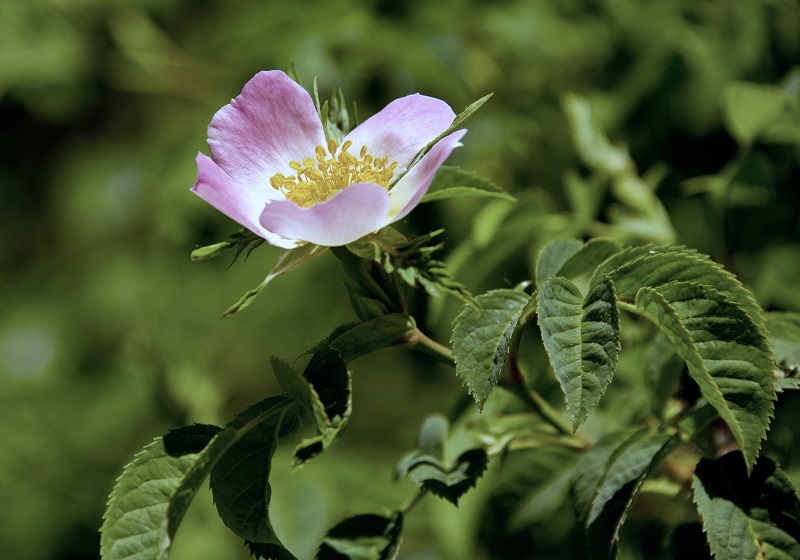 Another species rose that produces hips is the dog rose (Rosa canina). It develops variations of pink to white flowers, and long urn shaped red hips. The pulp is moist rather than mealy like some hips. The hooked thorns allow this rose to scamper or climb up trellis’s or trees. A vitamin C syrup is made from the hips. It is called the dog rose due to an herbal myth that it could cure the bite from a rabid dog. 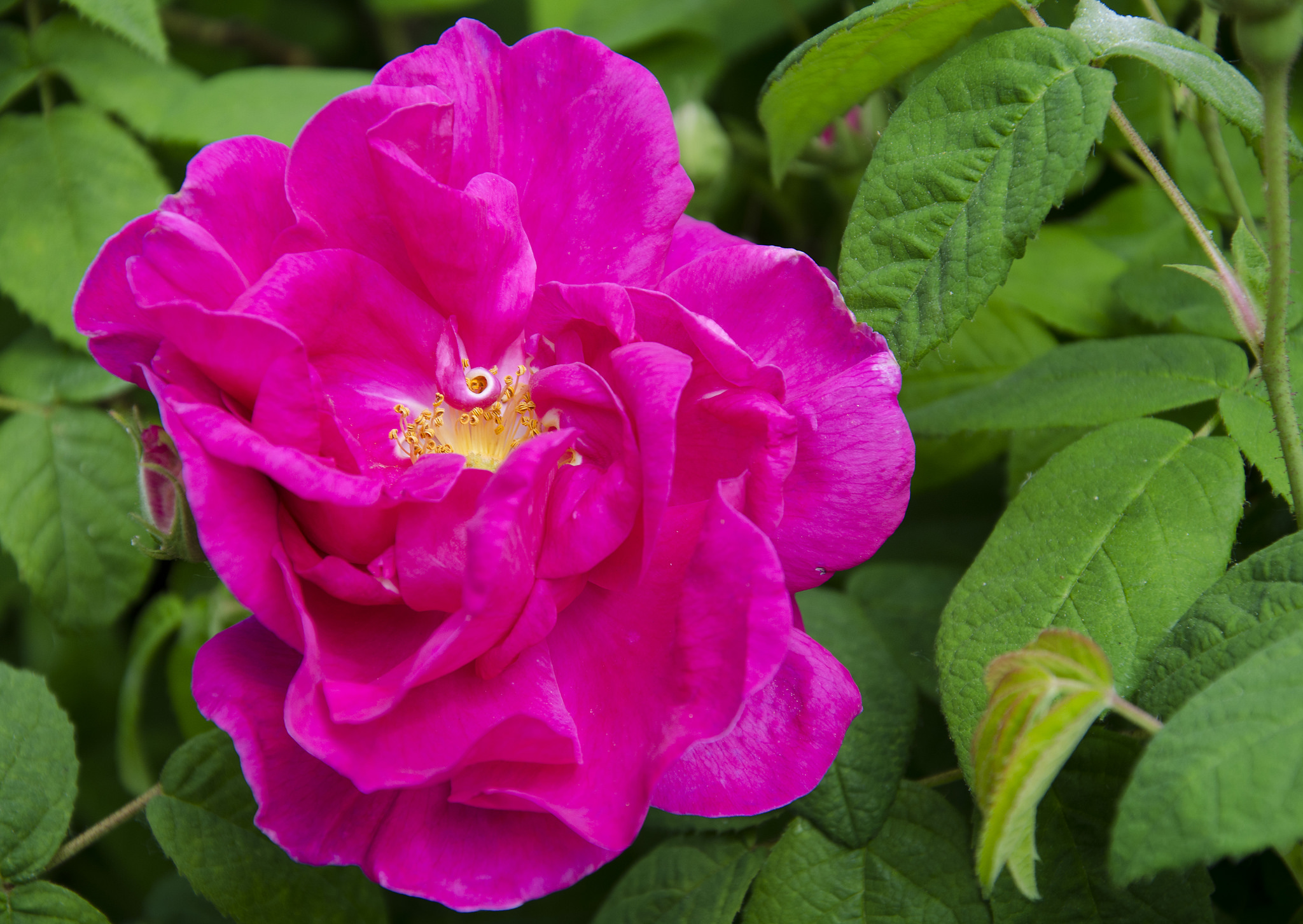 The apothecary rose (Rosa gallica) has been used for centuries in herbal medicine. It has very fragrant deep pink to red flowers and brick red hips. Rose oil and rose water are made from the fragrant petals. 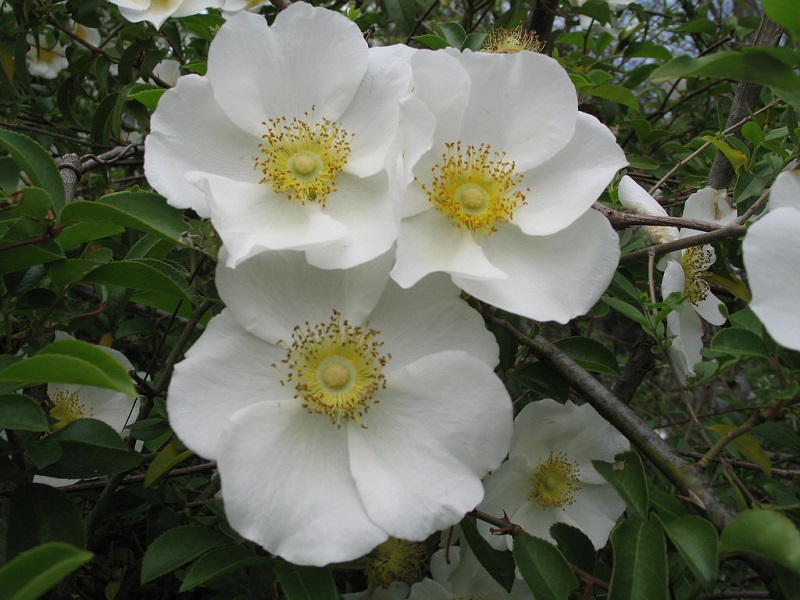 Another very old rose is the Cherokee rose (Rosa laevigata). The orange-red hips are an interesting pear shape. This rose has white flowers with pronounced yellow stamens. The foliage is semi-evergreen in some regions. It has a climbing or sprawling habit.