How To Care For Nun’s Orchids

The Nuns Orchid is named for its flower that looks like a standard nun’s hood. On the whole it’s an extremely, easy to grow orchid compared with more demanding orchid’s calling for greenhouses and simply the right humidity to thrive. They produce big 5-inch vanilla colored flowers tinged with magenta. Other variations can be yellow, red or brown.

Plant Nuns Orchids in a very deep planter. Mix various organic materials such as peat and decomposed pine bark into the potting soil. 60 to 70 % of the potting blend must be made up of organic matter. You can use a commercial blend such as “Hoffmans 10804“.Also include perlite or sand to guarantee the soil stays loose and does not clump. 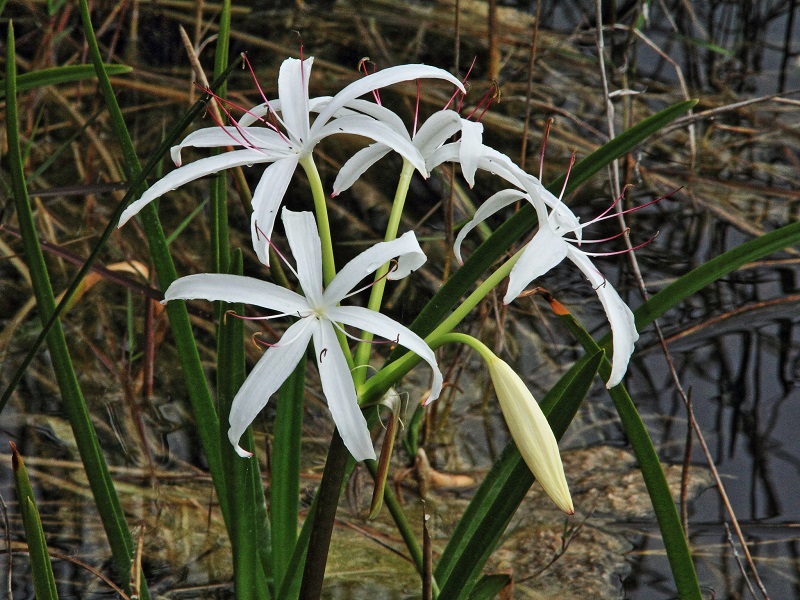 Water the area regularly to ensure that the soil remains moist until after the very first new growth spurt of the period. Then stop watering to let the top dry out.

Maintain ground pH between 5 1/2 and 6. Use a soil testing kit to inspect pH. Apply a sluggish release fertilizer once every ninety days or so. When the plant is in a brand-new growth phase, fertilize it every fourteen days with a mixture of compost steeped in water. Only the water which is now rich in natural nutrients is put on the ground with the purpose of feeding the root system. 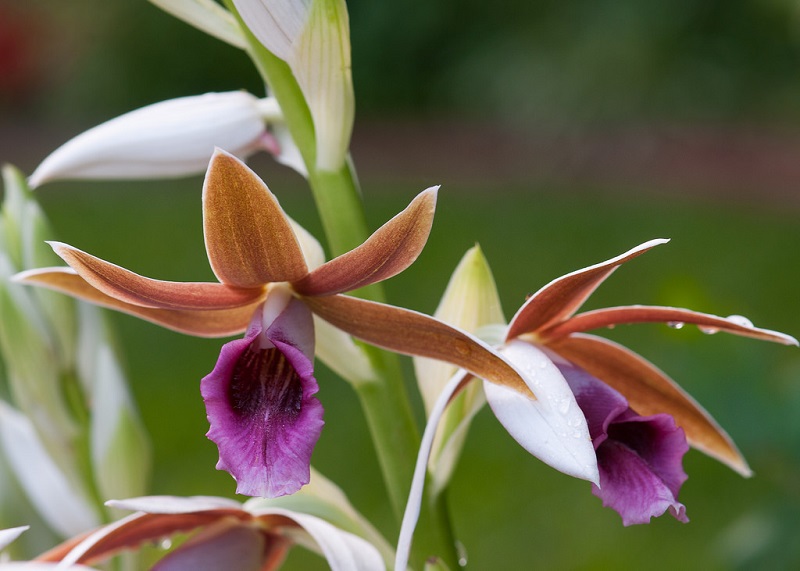 Nuns Orchids can easily be placed outside however just if the temperature stay’s above 40 degrees Fahrenheit. The plant can flourish with daytime temperatures as high as 85 degrees . If growing the plant indoors place the plant where it can get the sun. If growing Outdoors, make sure the nun orchid is planted only in sunny to semi sunny areas.

Once Flowering has ended and the plant goes dormant, you can obtain more plants from the main plant. Lay the planter on its side and delicately take the plant out of the container. Using a knife, cut through the root ball. Plant the brand-new plants in clean and sterile potting soil minus any natural matter until the new plants are well developed then re-plant in the soil blend which was described above. 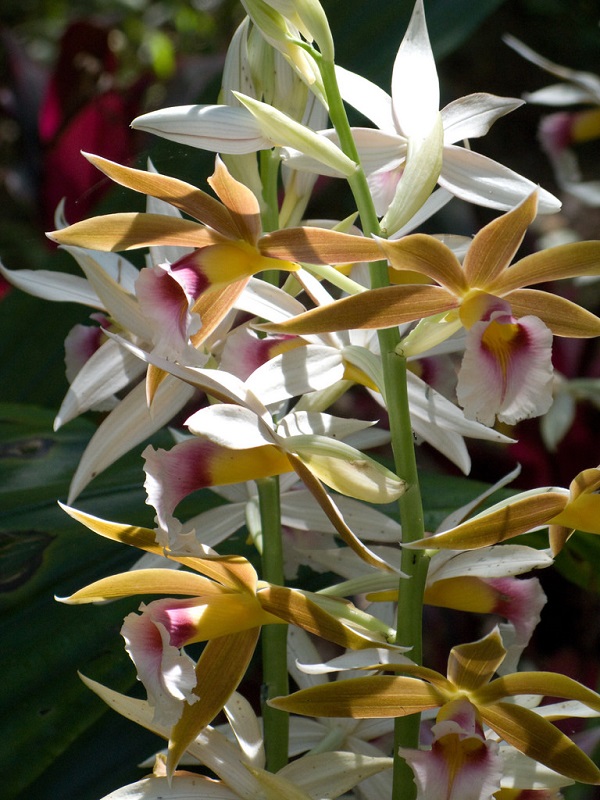 In the springtime the plant should send up approximately 4 spikes. Flowers will bloom from these spikes and should last from four to six weeks.

Do not leave your Nuns Orchid outside if the weather is expected to be below freezing. That way the plant will not survive.