How to Grow and Care for Lavender Indoors

As one of the best-known purple flowering plants globally, lavender lends its name to its light purple color and has a fragrance many would recognize anywhere. Yet growing your own lavender, especially indoors, can be trickier than you might expect. In this step-by-step guide, we’ll take you through everything you need to know about growing and caring for lavender plants at home, including potting, light considerations, watering, feeding, and harvesting tips. 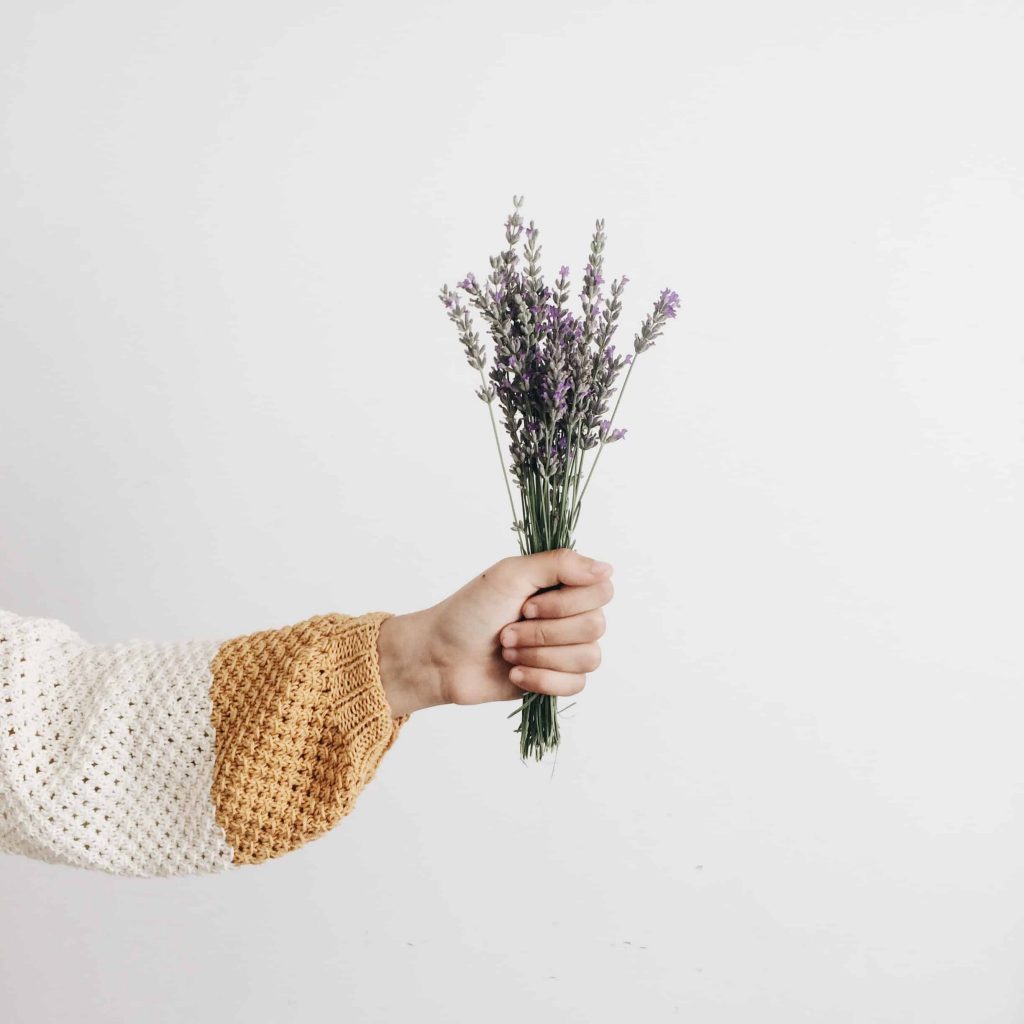 As a member of the mint family, Lamiaceae, Lavender has many relatives used for herbal remedies or cooking.

Its scientific name is Lavandula, which is actually an entire genus of 47 different plants. Even some of the varieties share common names. For example, both Lavandula dentata and Lavandula pedunculata are called French Lavender.

Most of the popular culinary or perfume Lavender species can be grown as indoor house plants with some degree of success.

Lavender is native to Europe, Northern Africa, India, southern Asia, and the Mediterranean. However, it’s now grown almost everywhere in the world.

Lavender tends to be a small, bushy perennial herb or subshrub. It has delicate, frilly foliage and tall, wiry stems that hold clusters of light purple flowers. It’s perhaps best known for its unique scent.

Few plants are as widely used as Lavender. The buds are edible when kept free from pesticides. They’re used in everything from meat dishes to delicate teas.

The plant can also be compounded into many herbal remedies and supplements. It’s believed to be calming and to help with inflammation.

Perhaps most famously of all, lavender is revered for its sweet fragrances and is used extensively as a perfume.

In the language of flowers, lavender is rich with meaning and symbolism. In Victorian times, lavender flowers were used to signify devotion, and across much of Europe in the middle ages, the flowers were a popular way of expressing love.

How to Grow Lavender Indoors

Outdoors, Lavender prefers full sun, dry, rocky soil, and an occasional breeze. Thankfully, the indoor environment tends to be on the dry side. You’ll just need to provide plenty of light and some moving air to help mimic the natural environment.

Lavender is very slow-growing, especially indoors. It may take an entire year to produce just a few flower spikes, and the foliage may take months to grow. Due to its slow growth habit, Lavender must be treated with care and patience to thrive as a house plant.

Preferring sandy and rocky mixes, Lavender needs a potting mix of about 30% pea gravel and coarse sand. Use compost, potting soil, and peat moss combined in equal parts to make up the other 70%. Alkaline soils are highly preferred.

Lavender is either grown from seed, which is very slow, or planted as a transplant. The transplants will be small but have a clear definition between their roots and where the foliage begins. Don’t bury any of the foliage and water deeply immediately after planting.

Providing enough light is the biggest challenge to growing indoors. Aim to locate the plant near a southern or eastern facing window to maximize light exposure during the course of the day.

Lavender needs to stay dry and away from humid areas of the home. It can handle cold to hot temperatures and rarely reacts even to somewhat significant variations in temperature. Keep it above 60 degrees F to avoid bud drop during flowering.

How to Care for Lavender Indoors:

As a drier Mediterranean plant, Lavender doesn’t want to stay wet. However, it can wilt quickly when left too long without water.

Start with rapid draining soil and a pot that won’t let anywhere water stagnate in the pot. As a general rule, check the top three inches of the soil daily and water only when they’re completely dry. Another popular tip is to lift the pot to feel when the soil is light and dry enough to need more water.

When, How, and Why to Fertilize

Avoid fertilizing as much as possible. In general, fertilizing will only help a Lavender plant struggling to make new leaves. It will interrupt the flowering cycle and push back the chances of blooming for a few months after each feeding.

Lavender rarely needs pruning indoors or out. Feel free to trim off any damaged or ungainly foliage and flower spikes when desired, leaving at least 90% of the plant material intact at any time.

While Lavender is grown from seed by some, taking cutting is faster. Cut off a non-flowering stem with at least three sets of needle-like foliage attached. Nestle them in damp peat moss covered with a plastic bag to keep them moist and keep out of the sun for a few weeks until they are rooted. Don’t try to split Lavender or divide it.

When and How to Repot

Repot Lavender once a year, even if it hasn’t outgrown its pot. Use fresh potting mix and gently remove the old mix from the root ball. If the plant looks rootbound, move up to a pot ½ inch larger.

When is the Best Time to Harvest Lavender?

Indoors, Lavender may end up flowering at almost any time of year. Cut the flower spike before more than just a few of the flowers open from buds. Outdoor plants are harvested in the morning, but this is less important for indoor plants.

Common Lavender Problems & How to Treat them

Some problems to look out for include:

● Overwatering: Soft, drooping leaves that brown from the tip. Avoid watering until the top two inches dry out.

● Light: Too little light is a common problem, leading to stretched-out and pale foliage. Add a plant light if windows are insufficient.

● Pests: Most pests are only found outdoors, making Lavender relatively pest-free as a house plant.

● Diseases: Septoria leaf spot is a common problem with high humidity. Trim the foliage away for better air circulation.

Essential Tools to Have Around

A soil moisture meter is a good idea for avoiding under and over-watering. You’ll also need a fine-tipped pair of scissors to harvest flower stalks without damaging the rest of the plant.

Lavender is just as famous for its smell as its color. Try growing this popular plant indoors to bring its beauty to your home. It may take a few tries to get the conditions just right for it, but the challenge is worth the effort when it blooms and fills your home with fragrance.

What part of the Lavender plant is used?

The flower buds of the lavender plant are the part primarily used in herbal remedies and perfumes.

Does Lavender come back every year?

As long as the plant doesn’t freeze, it generally returns year after year.

What conditions does Lavender need to grow?

Where does Lavender grow natively?

Lavender is native to much of the Mediterranean, Northern Africa, and also southern Asia.

Andrew is the Editorial Director at Petal Republic – a site dedicated to showcasing local floristry, exceptional floral design, and celebrating the world of flowers and plant life. Andrew holds a BSc Degree in Plant Sciences and has trained at leading floristry schools, including McQueens in London and l’École des Fleuristes de Paris.