How To Dispose Of Sod

I’m going to show you how to remove grass to make flower beds/gardens and the best way to get rid of the grass to make a beautiful garden or lawn. The most important tool you’ll need is a flat shovel,  also called a garden Spade. And basically the way you do this is by cutting out sod pads.

Cutting out the profile. I like to go about two to three shovel widths wide by two to three shovel widths long. You don’t want to make a sod pad that’s too large or too small and you kind of got to figure out what works for you. But once you’ve trimmed the outline, pry up the leading edge. And then the most important part is you’re gonna cut parallel to the grass. So you drop down to your knees and use the flat shovel parallel to the grass. That allows you to control how much soil you are  picking up.

If you try to do this only standing up or use a regular Spade, you’re probably going to end up taking 3 to 6 inches (7-15 cm) of dirt with everything you do. And you’re going to be take bite-sized pieces. It’s going to be really heavy and not so nice. Even still this job may seem daunting but if you do it when the soil is moist, so after a good rain or just water the heck out of the grass you are going to remove, prior to starting at work. It really is not too bad.

So I’m expanding one of my perennial flower beds here and I actually will time it, and see how long it takes me to remove the grass. But again the key is the right tool, and making your pad not too big & not too small. Cut in parallel to the grass.  This is the area I’m going to do. In total, it’s about 12’x3′ (4m x 1m). So it’s not that large, but you know I’ve seen garden beds like that.

So the clock  says 2:03 and we’ll see how long it takes me to remove the grass.  But if you try to get greedy and take too wide of a pad, it almost be like pulling a pizza out of an oven with a spoon. It’s just gonna flop all over and break up. And it’s more efficient to get the pad by itself. If you take pads that are too little, well  you might just be doing too much work. But cutting it like this, it the sod pad size for me is manageable. It generally stays together. That’s even with all the junk I encounter in my soil which right there, you can see a big tree root and rocks and all the other good stuff.

But the way this works, is you’re down on your knees. You’re cutting parallel to the grass. It’s really easy on your back. It’s the easiest way on your back that I found, and I’ve done a lot of this stuff. If you have a better way let me know, but  this works best for me (for removing grass). And so we’ll just let it run here and see how long it takes.

Getting close to being done, but I did have a thorough rain the day before I started this. And this was in November – which  hence, all the dead leaves and such that are just starting to fall. And now I’m on to the last section here and just cutting out lines and scooping them up like I’ve been doing. It was a pretty windy day as you can tell by that one plant this flying around.

It took 17 minutes to remove the grass, and that had the right tool, the right method. So it’s about 4 square meters and that’s a picture of my garden after I had finished it the year prior using the same method (for removing grass). 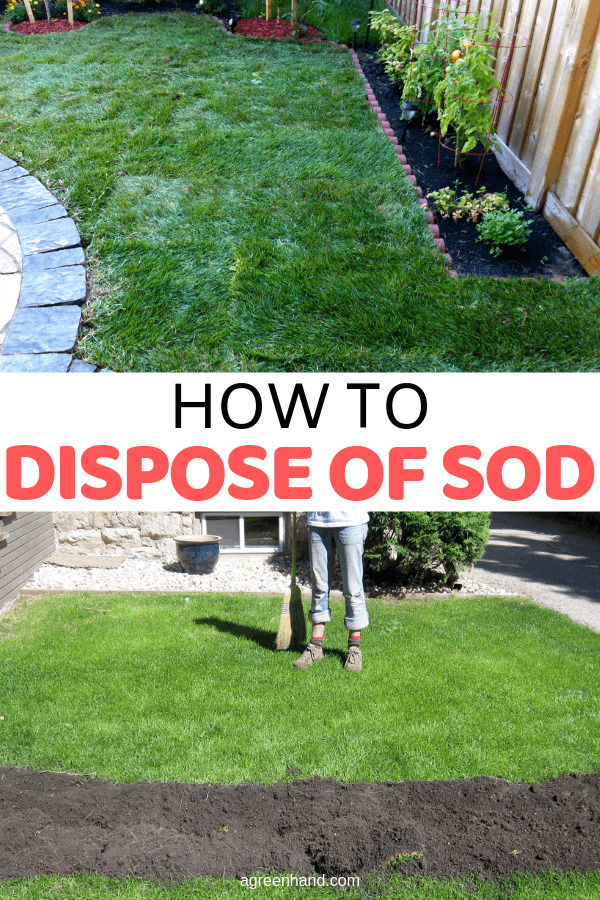 8 Best Lawn Dethatchers in 2023 [Buyers Guide & Reviews]
7 Crucial Spring Lawn Care Tips
How to Clean Gardening Tools?
10 Simple Tips for Maintaining Your Lawn
Roundup and Trees: Will Roundup Kill Trees?
When Should You Apply Weed And Feed Before Rain?