Today we’re going to show you another way of killing weeds. We’re going to boil them. The theory here is that we are not only going to kill the plants above the ground but that the water and the heats can transfer down and kill the roots as well.

Boiling water is certainly an appealing alternative to toxic herbicides: it’s free of harmful chemicals, it’s cheap, and it kills weeds. Yet, piping-hot water isn’t the best weed killer in every situation, because the super-hot liquid kills not only weeds, but also any vegetation surrounding it.

Even if you cover your other plants with a plastic cup to shield them from the scalding water, you can’t protect them underground. For this reason, reserve the boiling water for weeds growing out of cracks in the pavement or driveway, far from desirable plants.

Step By Step To Kill Weeds From Boiling Water

Survey your sidewalk and driveway to identify the weeds you can cook without running the risk of killing other plants.

Boil water in a kettle with a narrow spout so when you pour your hot water on the weeds, it doesn’t splash on anything else.

Pour boiling water to cover the weed and to penetrate the ground to the plant’s root zone. 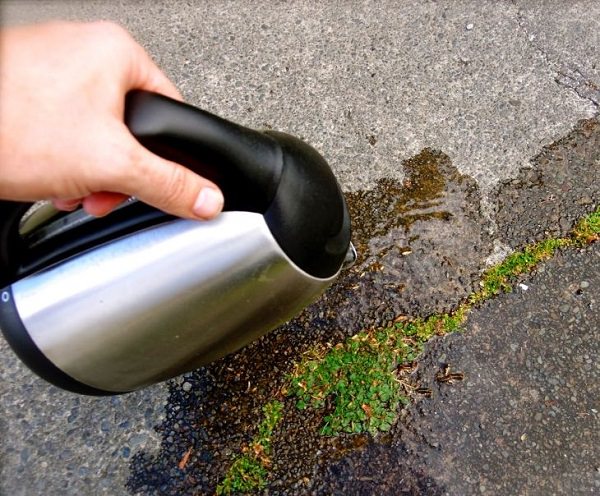 One reason I really like boiling water to kill the weeds is that there’s no chemicals that you can actually drink. Water it’s so safe and cheap so that you can have another free and easy way to deal with weeds problems. 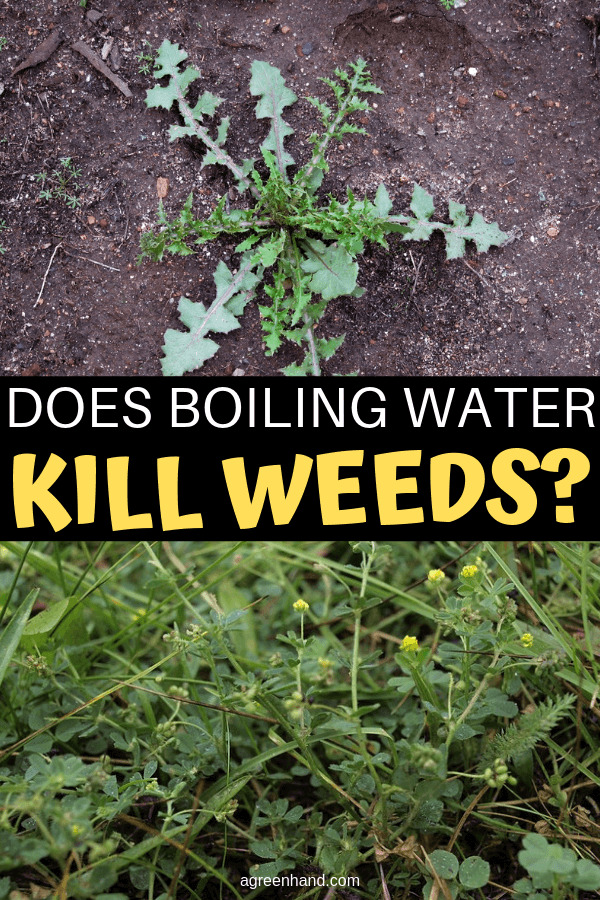