6 Ways the Electric Chainsaw Is Better Than the Petrol Models

The battery powered chainsaw is becoming more and more popular amongst home gardeners and professional gardening companies recently with some major advantages over the petrol chainsaw it is set to keep gaining popularity.

With the developments in battery technology, the electric chainsaw is going from strength to strength with users now getting longer operating times and much quicker recharge times making it a much more attractive proposition than ever before.

We look at 6 ways an battery powered chainsaw is better than the petrol version. 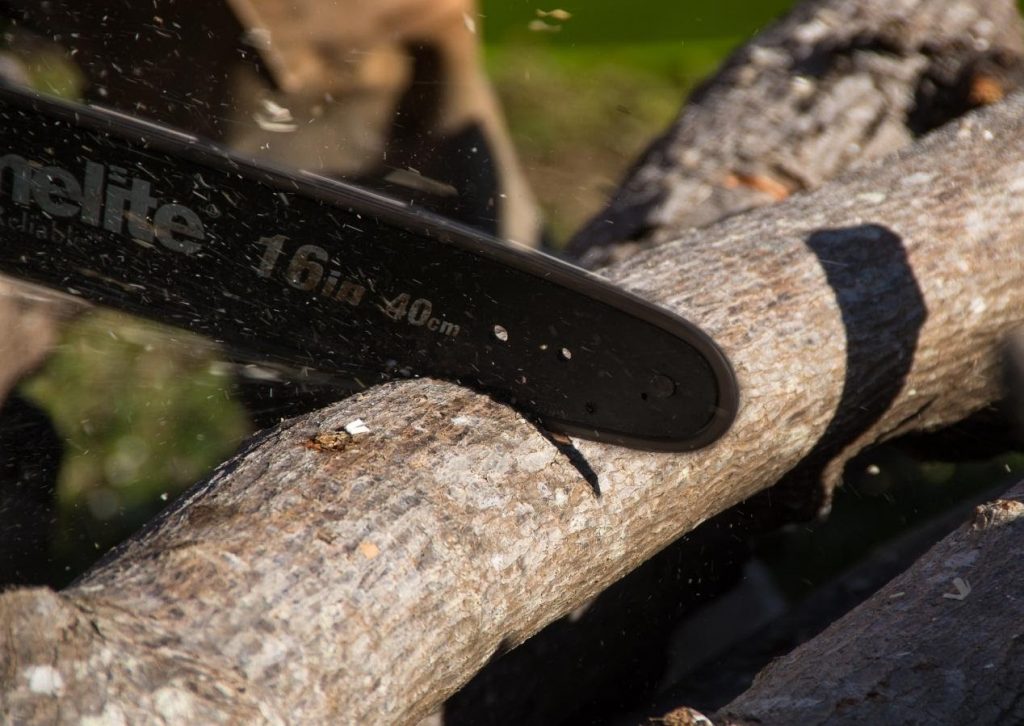 If you have ever owned or used a petrol chainsaw you will know they have to be maintained regularly with numerous components that need taking care of to keep the chainsaw running correctly.

Some of the components that need to be looked after are

With the battery-powered chainsaw, this maintenance is greatly reduced and you really only need to keep the oil level correct to have the electric version running well.

You will, of course, need to charge the battery but that is as simple as plugging it in for a few hours when you are not needing to use it.

The reduced maintenance is greatly welcomed by many gardeners who want a simple cutting tool that they don’t need to keep spending time and money keeping it running right.

The time saved alone by being able to just get your electric chainsaw out and get to work trimming back those branches or trees is what will attract most home and professional gardeners to purchasing one.

Fuel is becoming increasingly more expensive and that makes it much more cost-effective to use an electric model.

the chainsaw doesn’t need fuel so it doesn’t need the oil that is added to the fuel to keep the petrol motor lubricated.

Needs to run and operate correctly.

The only thing you will need to purchase is the oil for the chain and sprocket which the petrol one also requires on top of the fuel oil.

3. Electric chainsaws are cheaper to purchase

You can find petrol and electric chainsaws in many different price ranges but the electric one is on the lower end of the scale.

You can pick up one for around $100 for trimming back small to medium-size branches if you didn’t want to spend much or aren’t going to be using it enough to justify spending a higher amount.

For many people, the petrol version will be overkill anyway because they just want to keep on top of trimming their small tree branches or cutting back their bushes and a low-priced electric version is perfect for these types of tasks.

4. Better for your health

We all know the danger of fumes given off by combustion engines when they are operating and the petrol chainsaw is no different from your car except it doesn’t have a catalytic converter installed on it to reduce the hazardous smoke like most cars do these days.

You can wear a mask but this makes it less comfortable especially over long periods of cutting.

5. Better for the environment

For the same reason, it is better for your health it is also better for the environment and that is the electric chainsaw tool doesn’t emit any smoke whilst in use because it relies on the batteries for its power.

So, the electric chainsaw reduces your carbon footprint and that is definitely a good thing.

6. Easier to operate the battery-powered chainsaw

This is another good advantage the battery-powered chainsaw has over the petrol one and for many people, it will be the deciding factor in choosing the electric one.

With the simple charge and go system the electric tool is so easy to use and requires very little pre-checks before use.

The petrol chainsaw tool on the other hand has more pre-operating checks to carry out and is not as easy to use.

The petrol ones tend to vibrate much more when in use and that can take its toll on the user, especially with long term usage.

The electric one doesn’t vibrate nearly as much because it doesn’t have that petrol engine burning fuel.

The electric model is also much quieter than the petrol model which is quite loud and aggressive sounding.

If you are cutting down big trees with large trunks then the petrol model is unmatched for power in this department sure the electric one has all the advantages when it comes to small to medium cutting and trimming tasks but it can’t keep up with the raw power the petrol one produces. 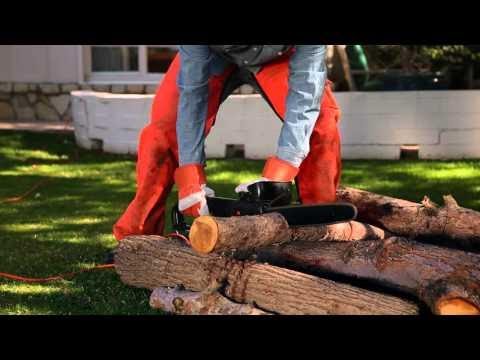 It is very important you read and understand the safety guidelines when it comes to operating any chainsaw. Petrol or electric.

You can find these in your instruction manual or user guide supplied when you purchased the chainsaw and it is well worth taking 10 minutes out to familiarise yourself with these before you get to work.

Safety goggles and some tough gloves should always be used with the electric version no matter how small the cutting work is.

When working overhead you should also wear a safety helmet to prevent any falling parts hitting you on the way down.